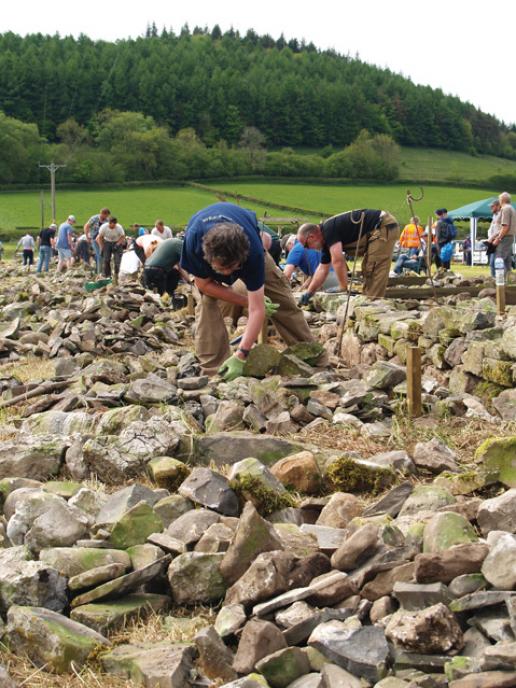 Two hours into the competition and the wall is starting to take shape. After seven hours it was finished, 1.2m high complete with coping.

Dry stone wallers from across the UK (and even further afield) gathered in a field at Kirkby Lonsdale in Cumbria on Sunday (20 May) to compete with each other for the honours in a competition to mark the 50th anniversay of the Dry Syone Walling Association.

Farmer David Barton had donated a wall on his Fleet Farm to be demolished and rebuilt by the competitors. If you are going to get a dry stone wall rebuilt, having it done in a day by more than 50 experts competing against each other to show they are the best is not a bad way of going about it.

Unsurprisingly, David Barton was delighted with the end result, and all done in just seven hours.

The wallers taking part came from all over England, Scotland and Wales, and even included some of the DSWA’s international membership, with Teruki Kamiya and Yoshinobu Washimi coming all the way from Japan specifically to participate. They did not return empty handed, either. Teruki Kamiya was judged Best Overseas Waller and Yoshinobu Washimi was judged Best Initial Certificate Waller.

The accolade of Best Waller on the Field was awarded to Chris Wake, who competed in the Open Professional Pairs category with Philip Smith, in which they took first prize.

The award of a pocket watch for Best Master Craftsman Waller went to Andrew Mason, who also won the Open Professional Singles class. 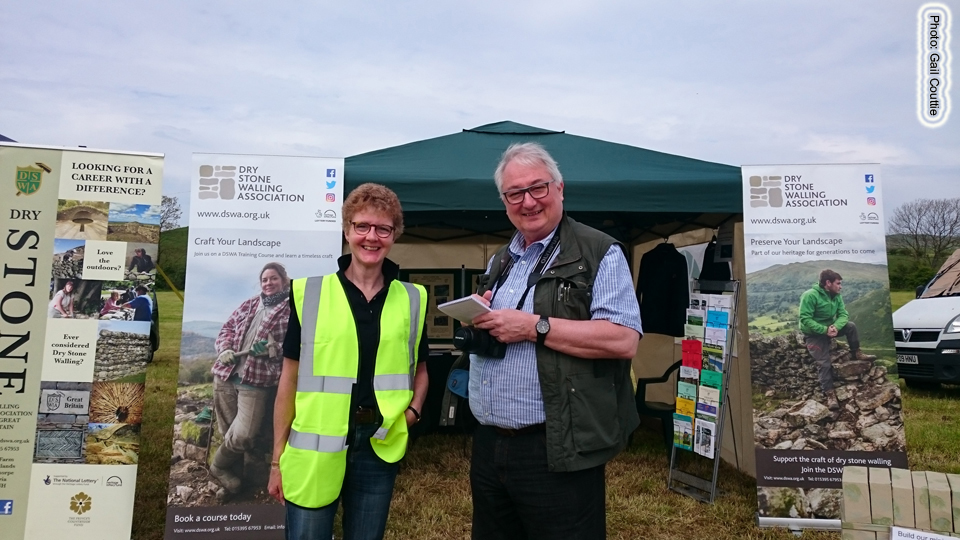 A full list of winners is posted below. There were cash prizes for first, second and third places of up to £500 for pairs winners. There were also rosettes and cups.

It is an indication of how seriously wallers take their competitions that judges have come to expect some measure of disagreement about their decisions. But the criteria are well established, including a penalty for the over-use of hammers, and lines to be used for foundations and top line only. Where the judges were challenged they were able to explain their decisions and the wallers tended to concede, if sometimes a liittle reluctantly.

It was a warm, if lightly overcast day and the wallers were grateful at the conclusion of the event for the sponsorship from Yorkshire Tea and the Kirkby Lonsdale Brewery.

There is a report of the walling competition with photographs in the June issue of Natural Stone Specialist magazine.

Pictured below the results is the completely rebuilt wall and the Open Professional Pairs class winning section built by Chris Wake and Philip Smith. They are also pictured during the build. Then there are other photographs from the event. 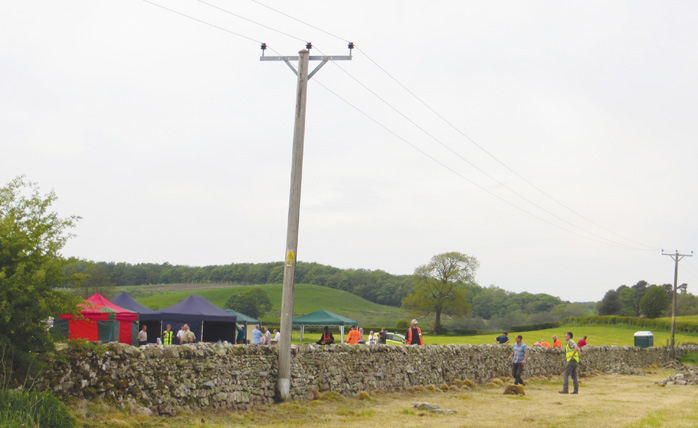 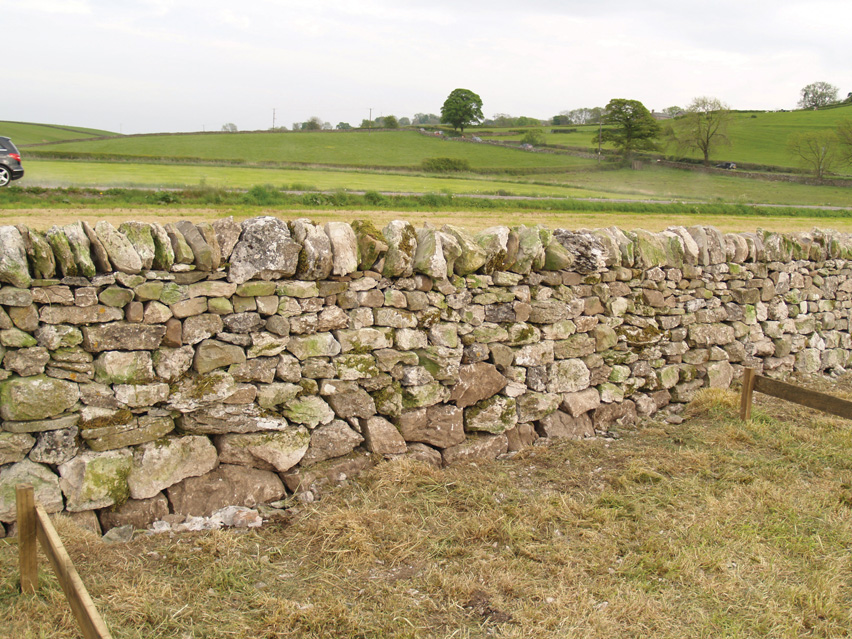 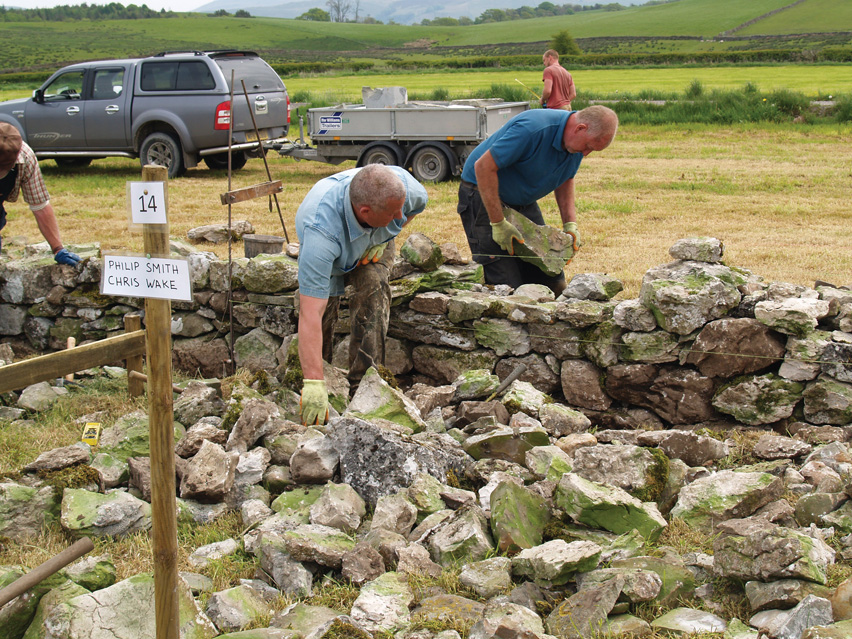 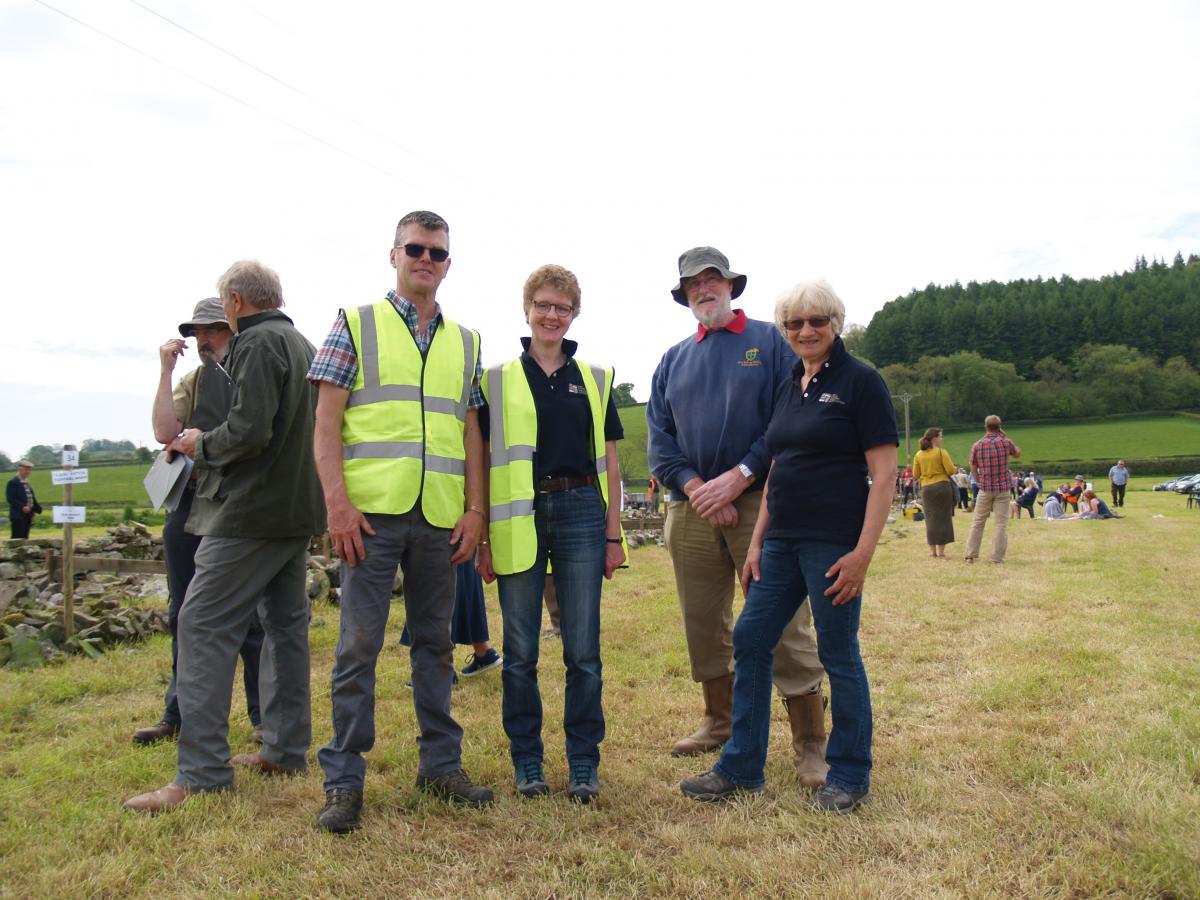 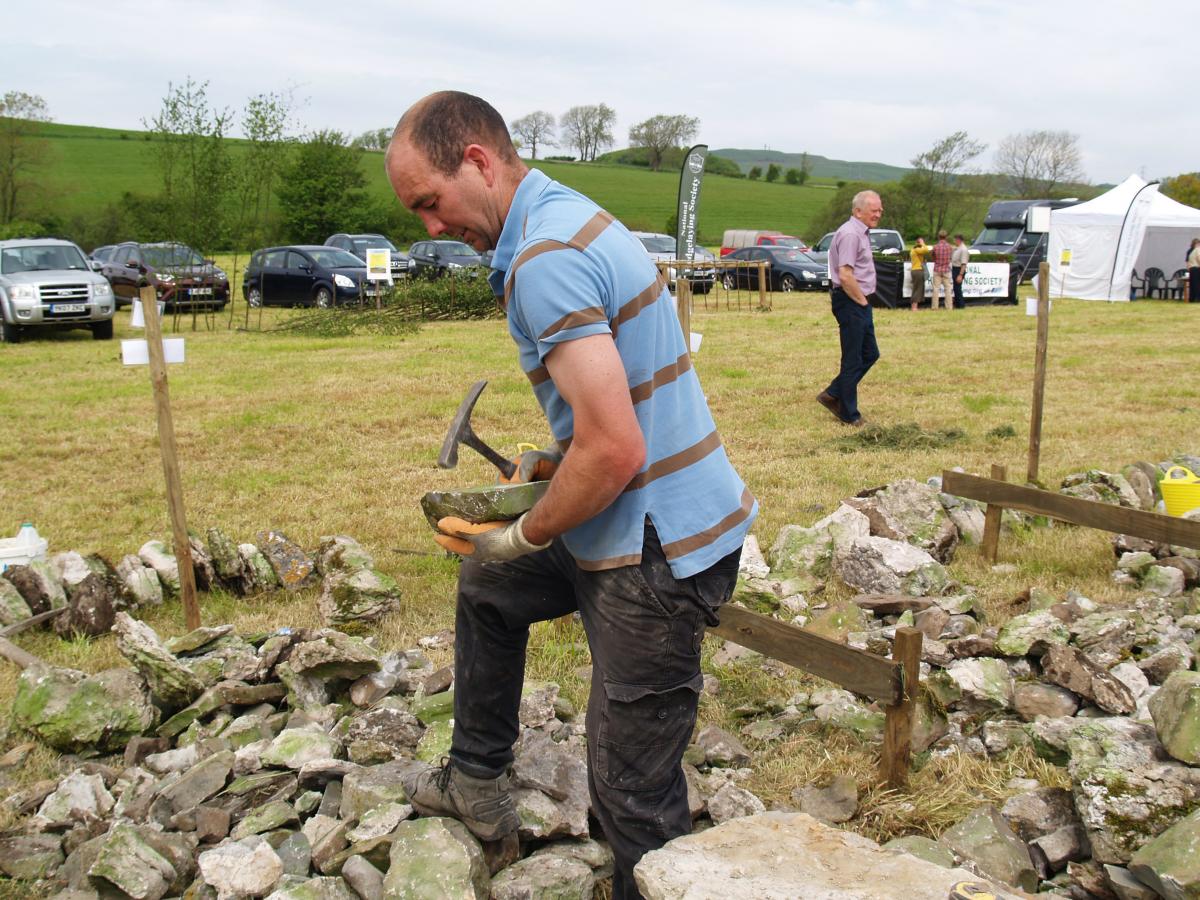