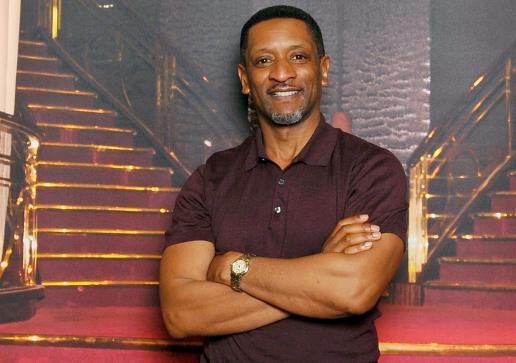 Alan Gayle feels he can no longer sit back and say nothing about the online backlash to the Black Lives Matter protests in the UK.

Alan Gayle, a Director of Keystone Construction Marketing and Trans European Stone, says he has been disturbed by a few individuals of the stone industry sharing posts on social media that have racist connotations.

The views have been expressed in response to the Black Lives Matter demonstrations following the killing of George Floyd by a police officer in America on 25 May.

The UK is not America. Of the 16 people who died in or shortly after police custody in the UK in 2018-19, 15 were white. Nevertheless, the high proportion of black people stopped and searched and in prison in the UK suggests institutional bias in the criminal justice system – bias that seems to have increased in the past five years.

According to government figures, black adults (that does not include Asians) account for 3.3% of the population in England & Wales but 22% of police stop & search procedures and 13% of the prison population. For under 18-year-olds it is worse, with black people accounting for 30% of custodial sentences.

The Black Lives Matter (BLM) demonstrations in the UK after the death of George Floyd in America saw graffiti daubed on a statue of Winston Churchill in London, and a statue of slave trader Edward Colston thrown into the harbour in Bristol. 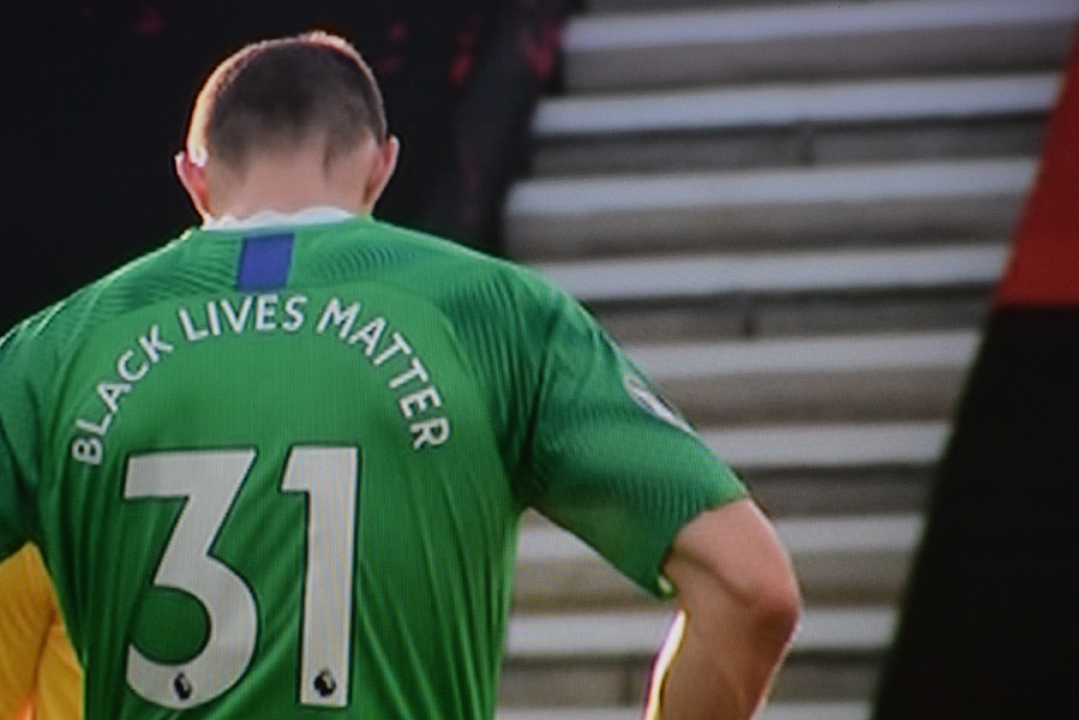 The return of Premier Division football has seen players sporting the Black Lives Matter message rather than their name on their shirts.

The national and London press enjoyed the fact that the Churchill statue was cleaned by a man called Winston working for stone restoration specialist DBR.

Alan Gayle says the racism online has tended to involve re-posting of racist posts, some of which clearly originate in America. Some is out-and-out racism but some, particularly from people he knows in the stone industry, tends to be along the lines of 'get over it'. It is these people he believes he can influence.

"These people will say to me that I'm not like other black people. I know they think it's a compliment, but if I had to endure the second-class citizen status of my cousins in the US I’d probably react as they do.

"I had hoped that because I’d known some of these people for anything from five to 15 years I’d be able to reach them. I did try to engage with some, but unfortunately my failure rate is 6:2. I’ve decided not to bother anymore. I’ll just remove them from my social media accounts."

Alan, whose family came to the UK from Jamaica, grew up in Windsor, so was not subject to the stop-&-search policy of the police in places such as Brixton in London and in Bristol, a UK centre of the slave trade in the 18th and 19th centuries. 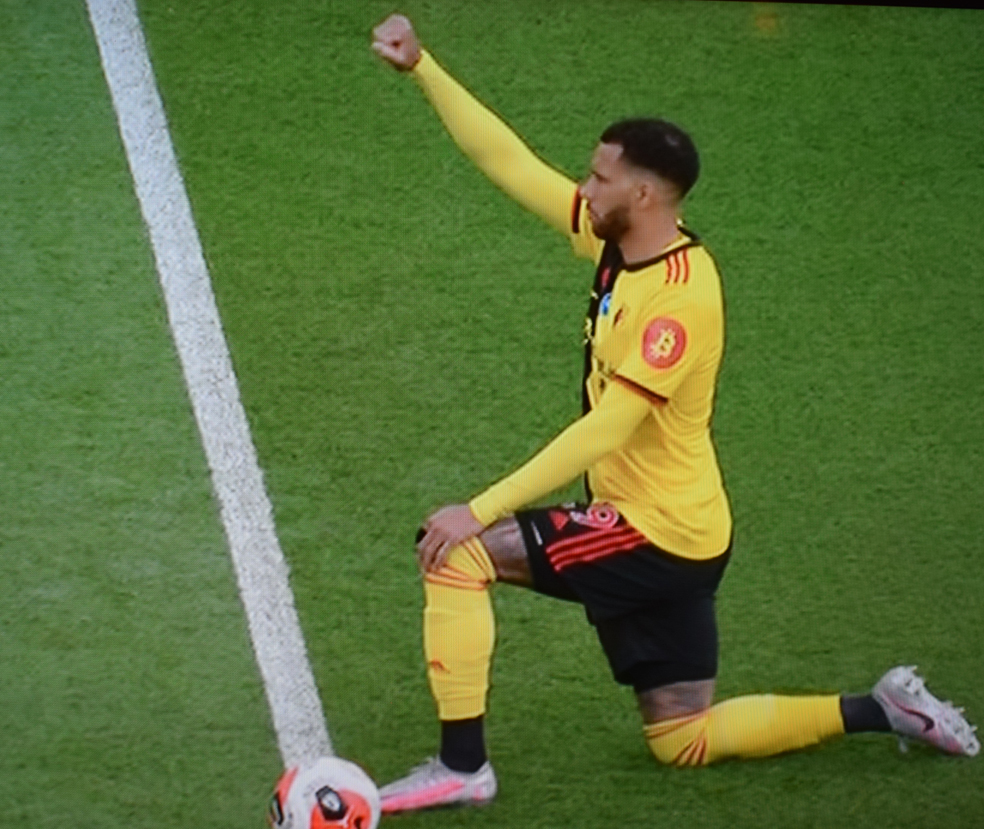 Manchester City star Ilkay Gündogan 'takes a knee' for Black Lives Matter before the start of the cup match against Newcastle.

As one of only a handful of black families in Windsor, as Alan grew up he was subjected to the casual racism typified in 1960s and ’70s TV programmes such as Love Thy Neighbour, ’Til Death Us Do Part and The Black and White Minstrel Show (which Alan particularly disliked). He says to some degree that same casual racism has been prevelant in his adult life.

Some of the racism online is by people who have made racism a central part of their philosophy and they are not going to change their minds. However, Alan believes he can influence people from the stone industry whose response to 'Black Lives Matter' is typified by the comment that all lives matter, so 'get over it'.

Alan says he has generally ignored racial comments, especially in his working life, although he recalls a meeting in the stone industry he once attended where someone referred to 'the (n-word) in the wood pile'. Alan asked him not to use the term, but no other person at the meeting supported him. A few minutes later the same person used the same term again and Alan said nothing.

“That wasn’t the first time someone had used that phrase at a meeting I was at – in fact it was the fifth – but the fact he repeated it a few minutes later and no-one else present said anything was disappointing to me.”

He now feels he can no longer sit back and say nothing. He would not take part in demonstrations or rioting and admits to being slightly right of centre in his political views. But he is concerned about the growing number of people who are increasingly openly racist because nobody objects when they express racist views. "When people don't take any action, people get emboldened," says Alan.

He quotes Bishop Desmond Tutu: “If you are neutral in situations of injustice, you have chosen the side of the oppressor.”

Alan: "Otherwise intelligent people denying the issue exists or deflecting to divert attention elsewhere is a big frustration. I’ve had people say ‘what about black-on-black violence’, or ‘we don’t hold a grudge against the Romans because they enslaved us’, or ‘where were the demonstrations when Lee Rigby (the soldier killed by terrorists in London) was murdered’?

"I realise there are a lot of issues that need to be addressed, but I think we should consider one thing at a time. Black Lives Matter didn’t become a huge movement for change because of some statues or white actors in blackface. No-one was protesting about flags or monkey chants or even being called nigger. These things all need discussion but the protests are about police prejudice and injustice in the criminal justice system.

“I’ve found it really insulting when someone I’ve known for 15 years says I’m playing the race card or I’ve got a chip on my shoulder because they aren’t aware these prejudices exist. I know they think everything’s all right. And from their perspective I can see it is. My disappointment is that they refuse to accept any alternative to that narrative even when I try to explain things. I never expected this from people who I’ve known for so long.”

On Monday 8 June, a spokesperson for the Prime Minister said Boris Johnson believes Britain “is not a racist country”. Alan's response to white people saying there is no issue in the UK is: "You don't know, so don't tell me there's no problem."

He says: “I’ve realised that it’s largely about education. The phrase I use is ‘blacked out by the whitewash’. They don’t realise they don’t know the facts of why, for example, there’s a Black History Month. If they did, they wouldn’t say the things they do. I’ve also realised a lot of people don’t want to learn about it. They seem to be happy in their ignorance.

“In truth, I don’t think most of the people posting these things are racist, I just think they’re uninformed. And I actually understand why these things are being said. What I don’t understand is why they can’t accept that maybe they haven’t got the full picture because they’ve never had to experience racism.

"What I'm trying to explain is summed up in the first minute of this video at https://youtu.be/clWZTm9atwc."

However, as well as the disappointments Alan has had about racist comments, he has also had some heart-warming positives. "Peter Harrison out of nowhere reached out to me and said: ‘Alan I am in full support of BLM. I hope that when this is over we can meet for a drink and a meal. I am not sure what I can personally do to help but if you can suggest anything, I am willing to get involved.’ Experiences like that are all too rare but that’s the attitude that will help move us forward. Unknowingly, Peter has already helped in ways that can’t be measured.

“The Black Lives Matter backlash has definitely changed me. I would have preferred dialogue, but that would need some open mindedness that some people don’t seem to have.

"For me, the only point of dialogue is if it leads to a positive change. Without that, I’ll just continue to cull my Facebook ‘friends’." 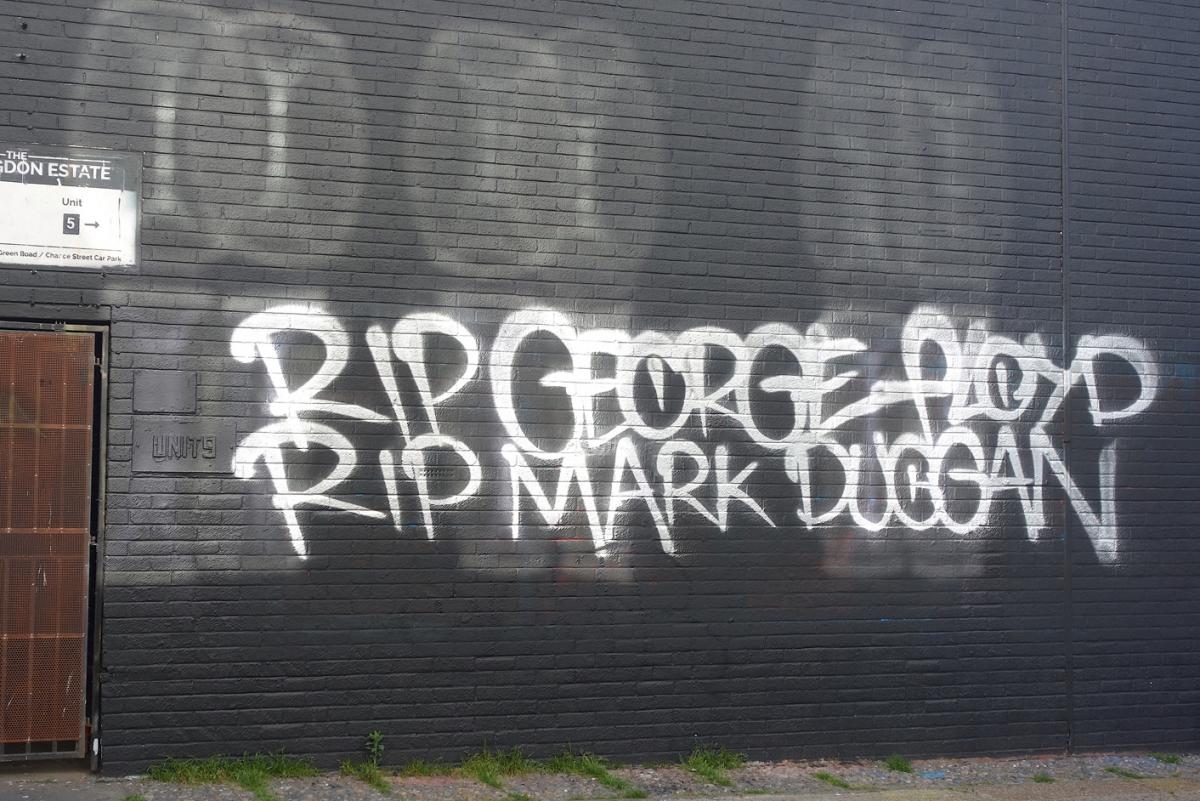 great piece of writing, really pleased that Alans Industry is talking about this crucial issue. Awesome
Alan, well said. It is too easy to assume everything is OK, when we just look at it from our point of view.