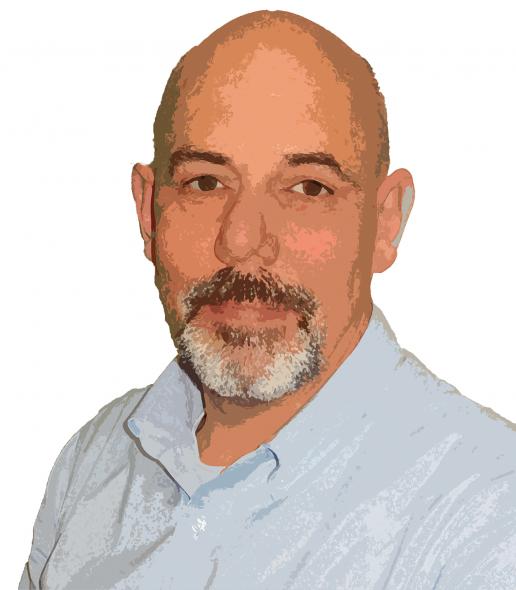 Robert Merry, MCIOB, is an independent Stone Consultant. He ran his own stone company for 17 years before becoming first an independent project manager and now a consultant. He is also an expert witness in disputes regarding stone and stone contracts. Tel: 0207 502 6353 / 07771 997621. [email protected]

Stone consultant and Expert Witness Robert Merry dances a Foxtrot (or is it an American Smooth?) as he discovers the beauty of gravestones.

This month I have been solicited by some gravestone enthusiasts.

In a previous article I said I hoped not to meet a gravestone anytime soon.

Nina and Philip asked me to reconsider.

They told me their website video and accompanying book, Geology of Oxford Gravestones, both to be found at www.gravestonegeology.uk, could persuade me my dismissal of memorial stones was a little premature.

I watched the video and think they may be right. I have ordered a copy of the book as well and will let you know more about it after it has arrived.

The rest of the month has been slow, quick, quick, slow. A Foxtrot? Or is that an American Smooth? I always get my dances mixed up – not to mention my legs and arms. Better to watch than to participate.

Work has been odd. Some have said they are 'busier than ever' – Foxtrot? Others say they are 'steady' – American Smooth?

I started slowly – very slowly – worked up towards slower than normal, and arrived mid-month at steady.

Thinking I would power through the rest of the month and reach my usual Foxtrot – “too much on to talk to you now, sorry, yes, what? No I can’t… next!”

But no. I remain on slow. “Yes, I’m good actually, thanks for asking, been spending some time catching up on my reading, enjoying the space between jobs and the sunny weather.”

Actually I haven’t read enough nor sunbathed and there’s too much space. I hate not being busy. I loaf around complaining I’ve been forgotten.

I even looked at an alternative career. But at my age that’s optimistic. I know some industries are short of labour, but not that short. I can’t imagine how long the past year has been for some. Hopefully we are coming out the other side of the pandemic now and this month is a blip.

However, as we emerge from Covid and Brexit, the Department for Business, Energy & Industrial Strategy reports a 7% increase to the end of February 2021 in the cost of components and materials for construction.

Coupled with a 650% increase in container costs since last year, construction is being hit hard. The six-day blockage of the Suez canal didn’t help. Did you know 12% of the world’s shipping passes through that strip of water?

World production has slowed in the past year and, in some cases, stopped. As economic recovery demands more resources it will take time to catch up with demand. Hence the shortages.

Steel production in the UK is on its last legs with the owners seeking refinancing... again. Brexit has also played its part, the price of goods from the EU increasing by 3.1% on average since 13 December – additional custom checks, stock piling, freight costs all contributing.

The Construction Leadership Council warns construction should expect longer delays and more material shortages in the coming months. This won’t necessarily effect the supply of stone, but shortages of related building materials might mean there is nothing to fix the stone to. Contract delays could become commonplace.

Clients are also slowing completions in some sectors, especially City offices. If they can delay taking possession for any reason they will.

In one project, the client finds fault with every aspect of the stone. There is a suspicion this is a completion delay tactic and goes beyond the fair and reasonable.

Empty offices are a feature of city life to which this particular client does not want to make a contribution. An office block with no tenants is a burden rather than an asset.

On the plus side (I hope) six new skyscrapers have planning permission in the City of London.

Do we need more offices and less sky? I have my doubts, but providing there are enough materials to build them they are a sign of confidence and economic recovery... perhaps.

Alternatively they might be a foolish gamble that offices will once again become an everyday part of working life for the City’s bankers.

The thought of waltzing through graveyards looking at gravestones in various conditions of decay sounds ever more attractive. Slow, slow, quick, quick, slow.