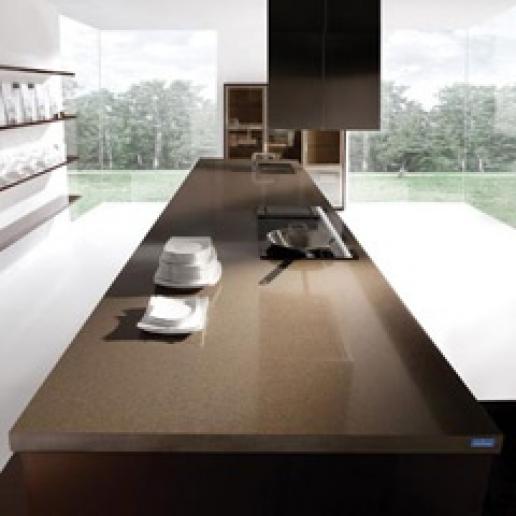 Engineered stone : Quartz
Quartz composites have taken stone companies involved in worktops unequivocally into the fickle world of fashion. And the height of kitchen fashion at the moment is concrete grey