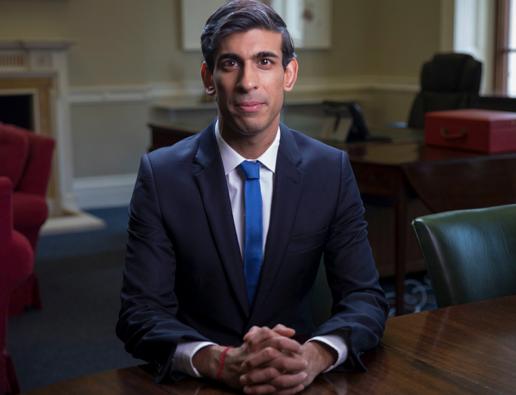 Chancellor Rishi Sunak introduced a Talent Retention Scheme for the construction industry in his Summer Statement.

Chancellor Rishi Sunak called it a Talent Retention Scheme when he introduced his plan to keep skills in the construction industry in his Summer Statement today (8 July).

He said the Statement was the government's second phase of economic response to Covid-19.

It included measures such as paying companies to keep people employed as the furlough comes to an end, a stamp duty holiday on houses selling for up to £500,000, £3billion to make existing buildings more energy efficient, and payments of up to £2,000 per person to companies that take on apprentices.

Combined, the proposals will put billions of pounds more into the economy and hopefully combat an increase in unemployment that some have predicted could reach 15% when the furlough scheme finishes at the end of October.

The response to Covid-19 has to be big because the hit to the national economy of the virus and the lockdown is huge.

The UK economy contracted 5% in March and a further 20% in April. We will find out how it fared in May next week.

The Bank of England has estimated the GDP contraction in the first half of this year will be 30%, anticipating it will recover to a fall of 14% for the year as a whole. Optimistically, it says GDP could be back on track by the end of next year.

By comparison, the 2009 credit crunch saw the economy shrink by just less than 6.5%.

The Bank has had two further tranches of quantitative easing – putting £210billion into the economy in March and a further £100billion in June after the May inflation figure was well below its 2% target at 0.7%.

The extra £100billion in June brought the total amount of quantitative easing since the credit crunch of 2009 up to £745billion. That is on top of government debt that reached a total of nearly £2trillion in May after the government borrowed a record £55billion in the month.

According to the British Business Bank, which the government established after the commercial banks failed to distribute the post-2009 credit crunch quantitative easing to the wider economy sufficiently enthusiastically, coronavirus business support loans have delivered more than £40billion of the extra money to 972,026 businesses – £28billion to 921,229 through Bounce Back, which is 100% guaranteed by government; £10.5billion to 50,482 businesses through the Coronavirus Business Interruption Loan Scheme (CBILS), which is 80% backed by the government; and £2.1billion to 315 businesses through the Coronavirus Large Business Interruption Loan Scheme (CLBILS).

The level of government debt is now above 100% of GDP for the first time since 1963, when the UK was still paying off war debts. The low base rate helps reduce the cost of that borrowing for the government, just as it does for businesses and individuals.

But if unemployment does reach 15% or more – which is even higher than it was at the start of the 1980s – government borrowing could go higher yet to support the unemployed. Hence the attempt to minimise unemployment.

Whether £1,000 for each employee retained until the New Year after the end of October will be sufficient to make it worthwhile companies keeping staff on who would otherwise have been made redundant with the end of the furlough scheme only time will tell. Even if it only rewards those who would have retained their employees anyway it will still be supporting businesses. Many would have preferred an extension of the furlough scheme but the Chancellor said it had to finish at the end of October.

There was also ne extension of the home buyer help to buy subsidy that is due to end with the financial year in April 2021, although the temporary lifting of stamp duty on house purchases up to £500,000, which had been planned for later in the year, might make people decide to buy before the duty supposedly returns after 31 March next year.

Because it had been leaked that the stamp duty was being lifted in the autumn, the implementation date was brought forward so that house purchases were not put on hold while buyers awaited the lifting of the duty. Putting a date on the end of the period encourages people to get on with their purchase with some urgency.

House building and purchases are good news for many areas of construction, including quarries supplying building stone and companies supplying hard surface worktops and other stone for interiors and hard landscaping.

The Talent Retention Scheme is intended to redeploy skilled workers who lose their jobs in construction, or who are not currently needed by their employer. Construction provides jobs for millions of people, both directly and indirectly, but when people leave construction they tend not to return to it.

The Talent Retention Scheme is intended to stop thousands of people leaving the industry. It was suggested in May by the Construction Leadership Council (CLC), which the government has worked closely with during the pandemic. You can register your interest in the scheme at the CLC website set up specially for the scheme: www.trs-system.co.uk/construction

Rishi Sunak said the scheme would have funding until at least the end of the current financial year (April 2021).

The free online platform can be used by companies looking for staff. It will facilitate temporary employee loans between companies as well as giving job-seeking workers from this and other sectors a route to new employment in construction.

The Chancellor also promised to triple the number of places in sector-based work academies, and provide £100million to create more places on level two and three courses for 18- and 19-year-olds looking for a career in sectors including construction.

Reactions to the Chancellor's statement have, inevitably, ranged from those who think it goes too far to those who think it does not go far enough. Some even like it. Whatever your position, at least you will be able to 'eat out to help' in August with £10 off, courtesy of the government, which was an imaginative way of trying to help that sector of industry.

There's also a cut in VAT from 20% to 5% on prepared food, hotels and attractions, although it is unlikely much of that will be passed on to customers, at least initially.

Below is how the government summarises the Chancellor's statement: