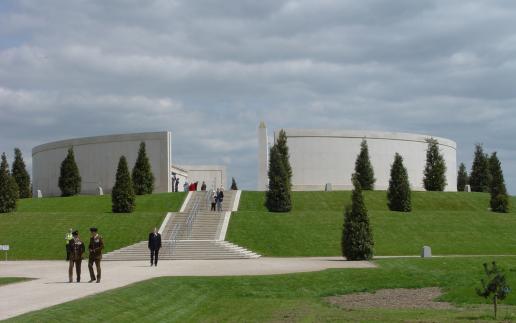 The Portland limestone Armed Forces Memorial at the National Memorial Arboretum in Alrewas, Staffordshire, is due to re-open in November after a year's closure for repair and improvements less than a decade since it was built.

The Portland limestone Armed Forces Memorial at the National Memorial Arboretum is due to re-open in November following a year undergoing major renovation work less than a decade after the spectacular monument was dedicated in the presence of The Queen in October 2007.

The monument was designed by architect Liam O'Connor and the stone, from both Albion and Portland Stone Firms, the two companies that extract Portland stone, was worked and erected by S McConnell & Sons, based in Northern Ireland. The masons bought a new Omag CNC workcentre to cut more than 15,500 names of servicemen and women who had died serving their country into the surfaces of the walls, some of which are curved.

McConnell's used a diamond tool made specifically for the purpose by Encore Diamond to cut the letters in a unique font designed for the memorial by Richard Kindersley. There are life-size Ian Rank-Broadley bronze statues encompassed by the walls.

The monument is constructed of 360 tonnes of finished stone, elevated on a man-made hill and formed into a 43m diameter incomplete circle, with two more Portland stone walls inside the perimeter. There are steps leading up to one of the openings in the circle while in the other is a 12m high Portland stone obelisk. On top of the obelisk is the largest single stone in the project at four tonnes. It has been gilded.

The names on the stones are those of people serving in the armed forces who have been killed since World War II. They are inscribed on more than 700 panels of Portland stone, with more names being added as necessary. The panels are 1350mm high x 740mm wide on the curved walls and 1125mm x 732mm on the flat walls, which is at the limit of the stone sizes available from the Dorset island of Portland.

The stone is the same as that used to rebuild London, including St Paul's Cathedral, after the Great Fire of 1666 and it might have been expected to last for many years with minimal attention. But something has gone wrong.

The stone was showing significant signs of water damage, evidence of which was seen within months of the opening of the memorial.

Quite what is happening is not clear, but the fact that the original construction of the memorial was disrupted by floods, in places 1.25m deep, which killed around 5,000 of the 65,000 trees that had been planted at the arboretum, might be a clue.

The year-long remedial repair and improvement work has been facilitated by the award of a £3million grant taken from the LIBOR fines imposed on banks for fixing interest rates. There has been further support from The Royal British Legion, which runs the National Memorial Arboretum.

Now containing the names of more than 16,000 men and women, with more added every year, the monument has attracted more than 2million visitors since it appeared on television for the Armistice Day commemorations in November 2007.

As well as the replacement of the damaged stonework, the monument is now getting a new stone-paved surface (rather than garvel), drainage improvements and new lighting and power. All works should be completed in time for Armistice Day this year (11 November). 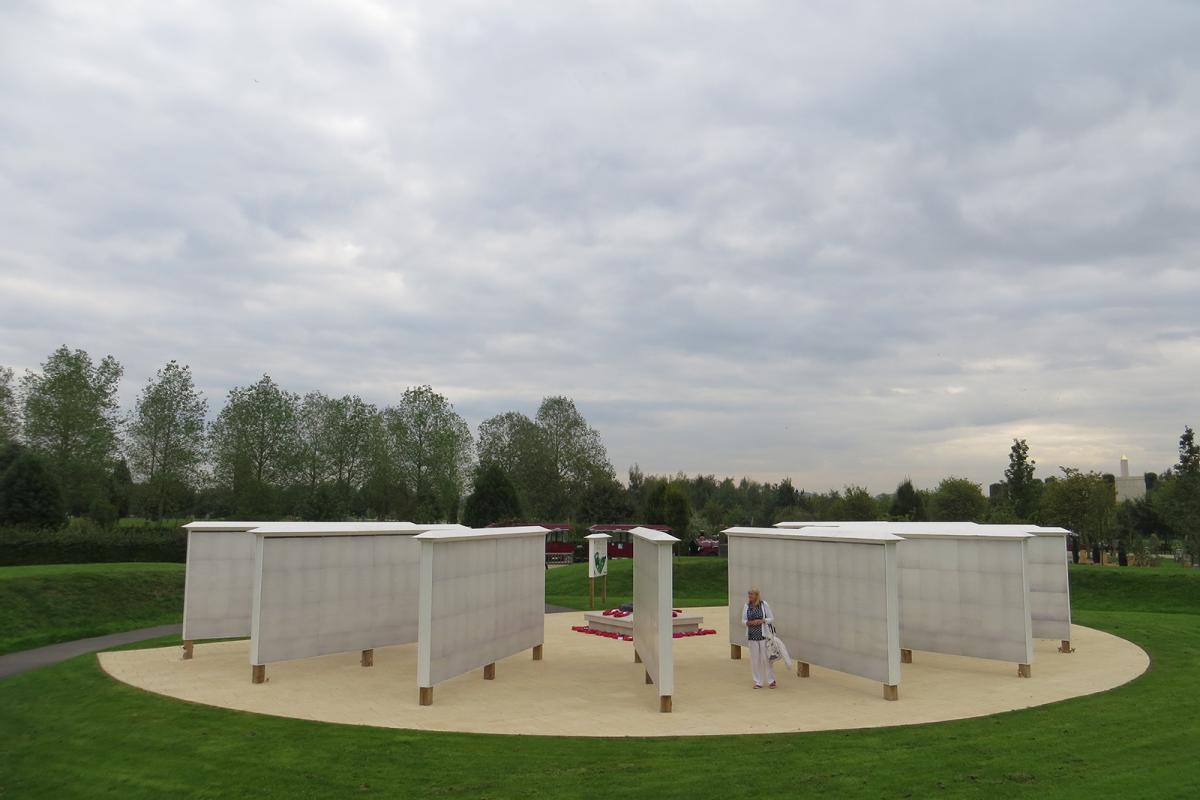 While the memorial is closed, the Arboretum has created a new area featuring information about the Armed Forces Memorial and photography of every name on its walls. It has built a circle of panels, with gaps between each of them, rather than forming two semicircles like the memorial itself.

In an announcement about the closure on the Memorial Arboretum website, its Managing Director, Sarah Montgomery, says: "The LIBOR fines grant and support from The Royal British Legion will enable us to improve the monument and address issues with drainage and damp, ensuring it continues to provide appropriate recognition and thanks for those who have given their lives in the service of the country.

"We recognise the disruption these works will cause and having to close the monument for any period of time is not a decision we wanted to take. There are, however, over 300 other memorials within the 150 acres of wooded parkland, with the majority of recent conflicts represented in some way. We hope that our visitors will take the opportunity to explore other parts of the Arboretum."

The dedication of new names being added to the memorial of those killed in 2015, and a rededication of the upgraded memorial, will take place in early November, ahead of Armistice Day, once the works are complete.

You can read Natural Stone Specialist magazine's report of the memorial when it opened here.