Portland memorial marks the end of a long voyage 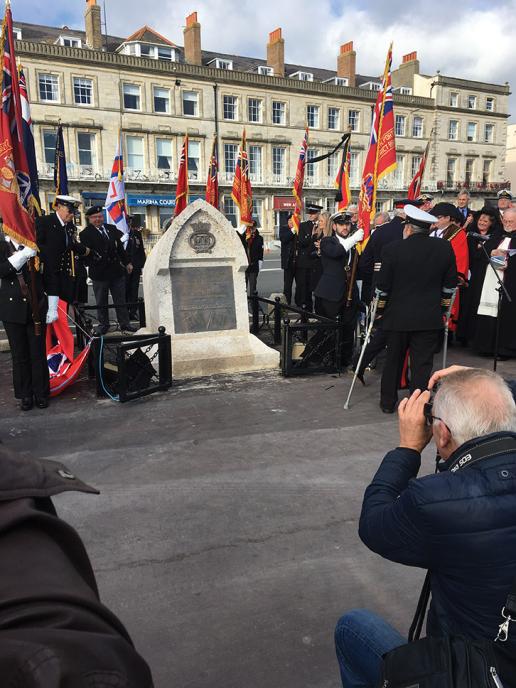 The new memorial in Weymouth to merchant seamen who died in the First and Second World Wars.

A ‘long voyage’ has come to an end with the unveiling of a memorial in Albion Stone’s Grove Whitbed Portland limestone to honour the merchant sailors who lost their lives at sea in the First and Second World Wars.

The memorial on The Esplanade in Weymouth was unveiled on Wednesday 9 November, in time for Armistice Day two days later, by the Lord Lieutenant of Dorset, Angus Campbell, in front of members of Weymouth & Portland Merchant Navy Association (MNA), who had campaigned for the memorial and started collecting the £20,000 needed to pay for it 18 months earlier.

One of the guests was The Mayor of Weymouth & Portland, Richard Kosior, who chose the MNA as one of the charities he would support during his year in office.

Before the memorial was hoisted into position a silver coin minted from the bullion cargo of a sunken World War Two merchant ship was placed underneath it.

Paul Compton of the MNA said: “It has been a long voyage.” He thanked those who had contributed and said: “It’s a credit to all of us – the whole town.”