Stone companies play their part in the Iraq & Afghanistan memorial 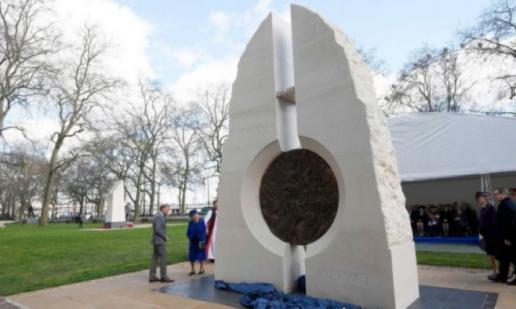 The new memorial unveiled by The Queen yesterday (9 March) in Horseguards Parade to those who died in the Iraq and Afghanistan wars.

A 6m high, £1million Portland limestone and bronze memorial to the British soldiers and civilians who died in the conflicts in Iraq and Afghanistan was unveiled by The Queen in Horseguard's Parade, London, on 9 March.

The memorial comprises two monolithic columns of Portland limestone apparently supporting a bronze medallion. It was designed by sculptor Paul Day (who also designed the Battle of Britain memorial on The Embankment) in collaboration with PAYE Stonework & Restoration, who managed the project and designed a complex stainless steel skeleton in the memorial to give the appearance of the bronze disc floating between the stone columns.

The Portland monoliths are built up of 30m3 of blocks of Jordon's Basebed supplied by Albion Stone, worked through a combination of Stamford Stone's six axes Marchetti CNC workcentre and a combination of PAYE and stoneCIRCLE masons. PAYE developed a construction plan to allow the 30tonnes of finished stone to be squeezed into Victoria Embankment Gardens through the narrow path entrance and erected on foundations and surrounding paving that PAYE also laid. 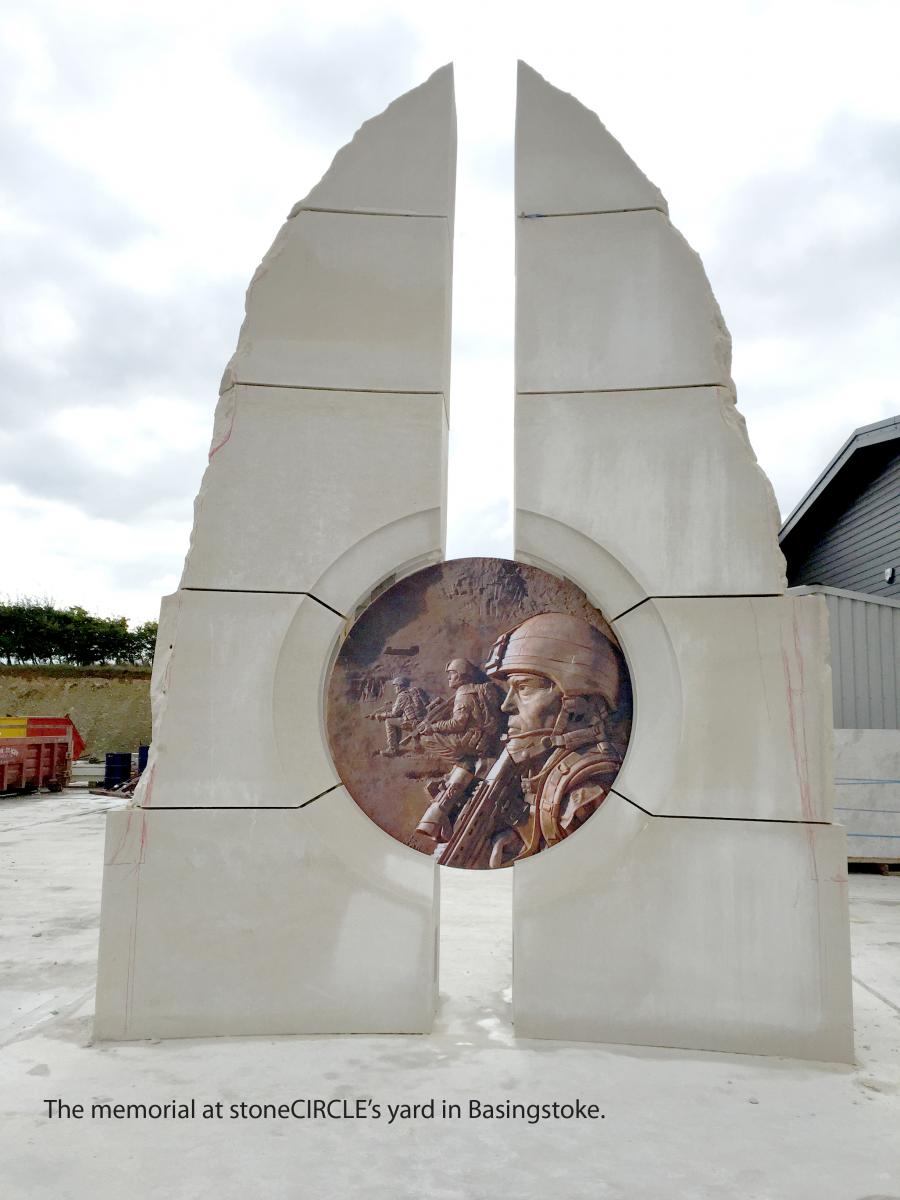 The stone is finely carved and lettered on three sides but left rough hewn on the fourth side, which Paul Day says reflects the harsh, dry, rocky and difficult terrains of the two countries as well as suggesting that the outcome of the campaigns is still not fully resolved and there remain divisions among the public about them.

Some divisions were apparent on the day of the unveiling. Families of those who had died in the conflicts were upset at not being invited to the ceremony. Some did not like the fact that Tony Blair, the Prime Minister who took the country into the conflicts, was at the ceremony. And the Duke of Edinburgh was reported as commenting that he thought the lettering on the stone did not stand out enough and should have been painted.

Paul Day said he hoped he had made a "fine piece of art" for those who had made the ultimate sacrifice.

Defence Secretary Sir Michael Fallon stated that the memorial would "stand as a permanent reminder of the contribution and sacrifice that so many members of our Armed Forces, aid workers and civilian personnel made towards the security of the United Kingdom and the interests of Iraq and Afghanistan".

A board of Trustees, whose Chairman is Lord Stirrup, a former Chief of the Defence Staff, ran the project, which was given Government backing and financial support from fines on bankers for fixing the LIBOR interest rates and from Sun on Sunday readers responding to an appeal in the newspaper. The unveiling was organised by the Ministry of Defence, on the Trustees’ behalf, in partnership with the Royal British Legion, which hosted a reception after the service.

The 10 blocks of stone that comprise the monument are so big (the largest weighs 7tonnes) that stoneCIRCLE had to install a new 15tonne crane at its works in Basingstoke, Hampshire, to be able to handle them, although MD Steve Vanhinsbergh says it has subsequently made life much easier for the team that unloads the firm's regular deliveries of stone. 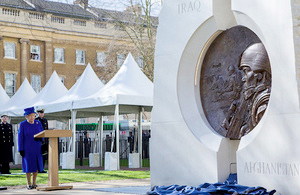 The production process meant that once the blocks had been shaped on Stamford Stone's Marchetti they were dry built in the stoneCIRCLE yard around the stainless steel frame, so that the edges could be pitched by hand to the artist's requirements and the inscriptions added by PAYE's masons.

When the work was finished, the structure was dismantled and collected for delivery to the site where PAYE erected it in its permanent position.

There is a brief video showing the work at stoneCIRCLE's premises here.