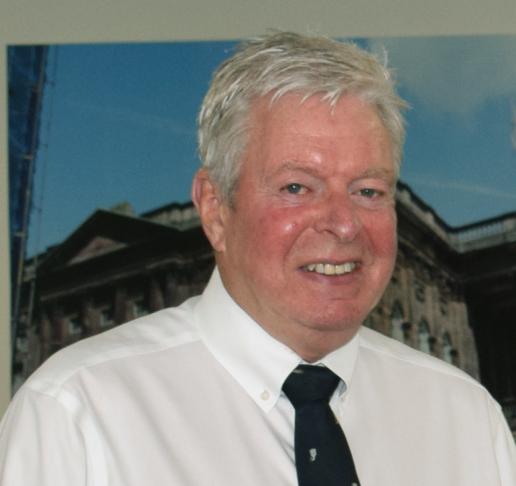 A service to celebrate the life of Craig Liddle will take place at Rowan Chapel, Stockport Crematorium, from 11.30am on 24 November followed by a reception at Stockport Golf Club. Craig asked that guests should dress colourfully and not in black.

"It is with deepest sadness that we must announce the death of our CEO and founder Craig Liddle."

So begins the announcement of Craig Liddle's death on the website of Aura, the company in Manchester of which he was Chief Executive Officer.

Craig would have been 68 this month (November).

The announcement continues: "Craig passed away peacefully in hospital after a short illness, with his daughter, Natalie, and her partner, Carl, by his side."

A service to celebrate the life of Craig will take place at Rowan Chapel, Stockport Crematorium, from 11.30am on 24 November followed by a reception at Stockport Golf Club. Craig asked that guests should dress colourfully and not in black.

Craig Liddle was rooted in the stone industry – he was President of Stone Federation Great Britain in the 1990s and his companies have always been (and remain) in Federation membership.

He achieved a great satisfaction from working in stone. He once said when he was working near Rotherham in South Yorkshire on the Grade One Listed Wentworth Woodhouse, one of the finest Georgian stone-built mansions in the country, that "in spite of all the time I have worked in the stone industry, every time I went in there I thought 'WOW!' It's just so stunning".  He said there were many places he went where work he had been responsible for made him proud of the contribution he had made in his working life.

A year ago Craig told Natural Stone Specialist magazine that he was "very optimistic" about the future (read more...), in spite of having been through what he described as the worst few years of his life. Craig was reducing his role in Aura Conservation and leaving the management to his team, but the company went first into a Company Voluntary Arrangement (CVA) – where creditors agree to terms for recovering at least some of what they are owed – for 18 months before the position became unsustainable and Administrators were appointed in December 2019. The goodwill, website and some of the contracts of Aura Conservation were bought back the same day by Craig in a pre-pack.

Craig admits he did briefly consider calling it a day when a main contractor showed an interest in buying Aura. “I’m still very keen on my golf. I won the Pensioners Pot at the weekend. Even entering the Pensioners Pot was a challenge – accepting I’m at that point. But I’m not looking to retire. In fact, I’m excited about the future development of the business.”

Craig said 2020 had got off to a promising start, only to be abruptly halted by the first Covid lockdown. “This year is another dimension,” he said in 2020.

Aura closed for two months during the lockdown and Craig took the opportunity to assess his options. He re-focused the business, moved to new premises and, as the Covid restrictions eased, developed a new team to run the company. The business is now being run by the team he built up, which includes Jason Brough, the Pre-Construction Director, and Peter Jamieson, who Craig had worked with for 40-or-more years.

The team at Aura says it will continue to run the business in accordance with Craig’s wishes and to honour his memory.

Stone Federation says of Craig: "[He] was a hugely respected figure in the industry and had a distinguished career that spanned over 50 years. For the majority of his working life, Craig lived in the North West. However, he worked on many landmark buildings in Glasgow and Edinburgh and also spent time involved with a number of high-profile projects in London. His family has been involved in the masonry industry for generations and extended to supplying stone from the family quarry (Liddle’s Quarry) in Orkney.

"As a former president and long-term member [of Stone Federation Great Britain], Craig's contribution to the industry was exceptional. Over the years he contributed to industry research projects with English Heritage and Historic Scotland, and he was part of a number of BSI technical panels for the re-drafting of industry standards. His dedication and enthusiasm for the industry were extraordinary.

"The Federation would like to pass its deepest condolences to Craig's friends, family, and colleagues. Craig will be missed dearly, by so many."