Polycor promises to be carbon neutral by 2030 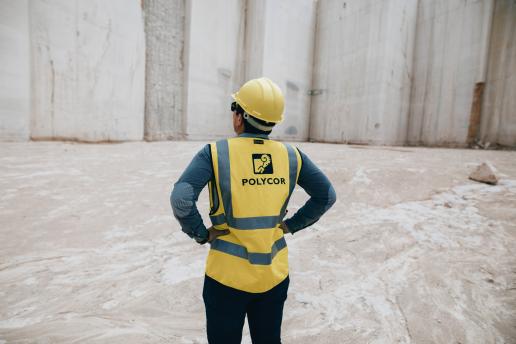 Polycor is committed to carbon neutrality by 2030.

In recognition of ‘Earth Day’ on 22 April, stone company Polycor, which has quarries in France as well as north America, announced plans to be carbon neutral by the end of 2025.

While natural stone has always laid claim to be a low carbon construction product, particular compared with concrete and steel, Polycor is the first natural stone quarrier to make a firm commitment to carbon neutrality.

“As an organization, we have a history and brand focused on global leadership, with a reputation of prioritizing and fostering sustainability, innovation, and environmental stewardship,” said Patrick Perus, CEO of Polycor Inc in Canada.

“Our move toward being carbon neutral by 2025 puts the company five years ahead of the curve set by the American Institute of Architects’ call to become carbon neutral by 2030. We are confident that our sustainability leadership within the natural stone industry can inspire other construction material providers to do the same.”

Polycor has a history of embracing environmental challenges, from its use of closed-system rainwater to owning 30% of all Sustainability Standard certified dimensional stone sites.

Further carbon reduction will come from substituting fossil fuels in the stone extraction and transportation. Quarries have always been highly dependent on fossil fuels, but Polycor plans to remove them from ist quarries by using microgrid systems, energy storage, battery packs and electric equipment and vehicles. If any fuel is still needed, it will switch to biofuels with lower carbon emissions and all remaining emissions will be offset by carbon capture or carbon reduction projects.

Bryan Thorburn, a Polycor Director working in Europe, criticised the ‘greenwashing’ of cement and concrete companies in the UK’s Natural Stone Specialist magazine this year (read more here), saying the low carbon message from concrete and steel will only go so far in convincing clients and specifiers that they can be low carbon products.

“There’s a level of greenwashing you can do if you have enough money and enough of a marketing department and enough ways to manipulate some numbers. You can make it add up: say you’re taking carbon credits from this; and this is negative carbon because its recycled from some other horrible manufacturing process. That’s what a lot of these supposedly ‘green’ concretes are. It’s still part of a giant polluting machine.

“But there’s something fundamentally simple about stone: it is zero carbon in its natural state. It takes a little bit more to cut, stack it, move it. But that’s it.

“Stone and wood,” says Bryan. “These two things just make sense for building. The message we have to get out is to use a little common sense. If you understand how concrete is made you know it can’t be carbon neutral. There’s no magic concrete that’s made by unicorns.”

Polycor has created a network of 15 ‘Sustainability Champions’ in the company to reduce the carbon footprint of its stones still further, from waste reduction to increasing processing efficiencies.

While natural stone is inherently sustainable and a zero-VOC (volatile organic compound) material, Polycor is committed to completely flattening the curve on carbon emissions.

Polycor says the carbon neutral 2025 commitment demonstrates its commitment to science-based protection of the environment.

The IPCC (Intergovernmental Panel on Climate Change) has identified the year 2030 as a tipping point on global warming. Europe, including the UK, is committed to being 80% towards a 2050 carbon ‘net zero’ target by 2030. The construction industry, which accounts for about 40% of annual global greenhouse gas emissions, bears a significant responsibility to mitigating global environmental risk.

Polycor’s Patrick Perus says: “This decision is also in line with the will of customers and partners in the industry, who are increasingly demanding environmentally friendly products and suppliers, showing a generalized awareness throughout the industry.”

According to the National Retail Federation in America, nearly 80% of consumers say sustainability is important to them and more than 70% say they are willing to pay more if it means their products are sustainable.

Polycor says its carbon neutral focus will be on: