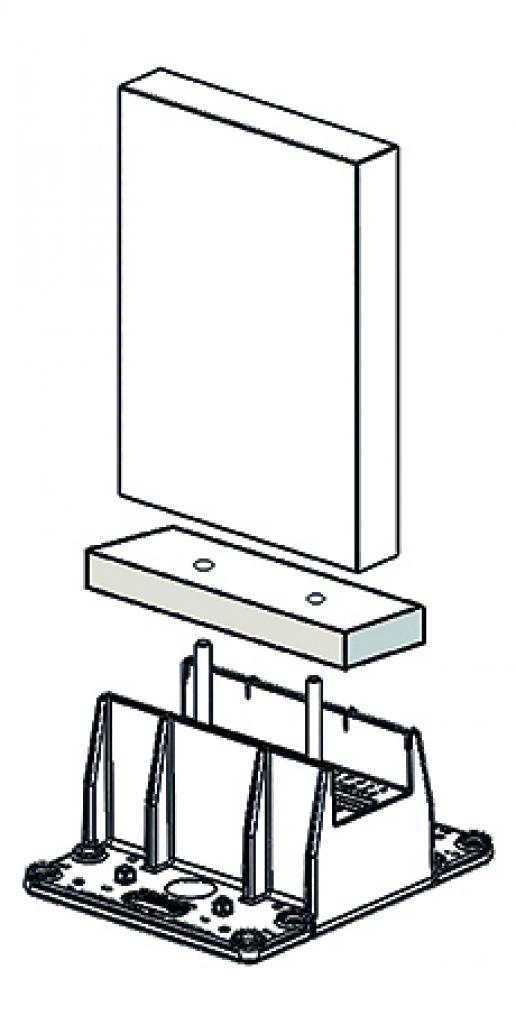 Norrvidinge of Sweden has made a memorial foundation using recycled plastic.

The company is Norrvidinge of Sweden. Robert Larm from the company emailed to tell us that Sweden has the same problem of headstone stability as the UK – possibly worse, as Robert says there have been injuries and fatalities from falling headstones, which the UK has not seen for many years.

“We want to remove the risk of these unnecessary and terrible accidents, hence we brought forth this product,” he told us. “We are currently installing this foundation all over cemeteries in Sweden with great results.”

Like Stone Safe, Norrvidinge says its foundation is made entirely from recycled plastic, making it environmentally friendly as it releases zero microplastics or harmful polycyclic aromatic hydrocarbons (PAHs) into the earth. It is durable and will not break, weather or be effected by corrosion. And weighing 8.5kg, it is easier to handle than a concrete foundation.

Robert says the headstone will stand firm on the foundation even without dowels, although dowels can be used for additional security.

The foundation is buried and the base of the memorial goes into the groove.

Robert says the foundation is currently only sold in Sweden but he wonders if it could be used in the UK. He has priced it at £69 and says a pallet of 28 of the foundations could be shipped for £330 (although shipping costs can change).

“Companies, persons, and churches can buy it directly from us and we are happy to ship it overseas,” Robert told us. His email is: [email protected].