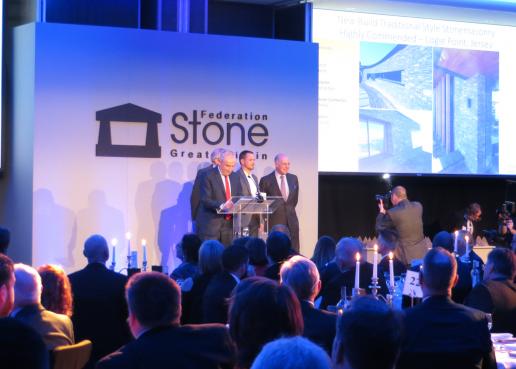 Natural Stone Awards being presented in The Grange Tower Bridge Hotel, London, on Friday, 7 December in front of a capacity audience. 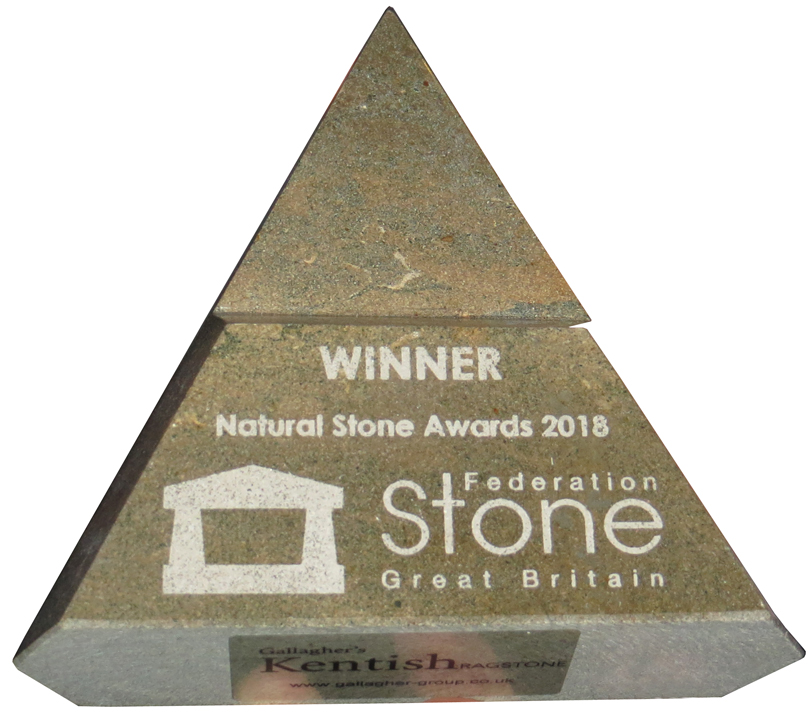 The Natural Stone Award trophies were made in Kentish Ragstone from Gallagher's Quarry near Maidstone in Kent.

There was a record number of entries in the Natural Stone Awards this year, which is an indication of how stone continues to be a material of choice for all sectors of construction – new build, interiors, hard landcsaping and heritage.

The Natural Stone Awards presentation ceremony and lunch took place this year at The Grange Tower Bridge Hotel in London, the same venue as last time, in the usual two-yearly time frame.

This year’s event was on Friday 7 December, with a capacity audience of more than 360 people booked in to watch guest of honour Loyd Grossman present the Awards to the winning teams after a brief talk about his experiences on television and in the heritage sector of the industry (he is Chairman of the Heritage Alliance, Vice-President of the Churches Conservation Trust and Chairman of Royal Parks).

Loyd was supported by sports presenter Jim Rosenthal and BBC announcer Alan Dedicote (voiceover artist for Strictly Come Dancing and the National Lottery) who have been the regular hosts of the Stone Awards for well over a decade.

The Awards are run by Stone Federation Great Britain, whose Chief Executive, Jane Buxey, said: “The 2018 Natural Stone Awards have been a fantastic celebration of the very best that this industry has to offer the architectural, construction and design sectors. The amount of projects featuring a mixture of traditional stonemasonry and CNC machinery is a good example of the intelligent approach taken by the sector to embracing innovation while maintaining the skills that form the  bedrock of this industry. I would like to congratulate all those involved with the winning, highly commended and commended entries for their part in the creation of these stunning projects.”

The Stone Awards judging panel of architects and experts in particular aspects of stone had their work cut out choosing this year’s winners from the particularly high standard of projects entered – and so many of them!

In the end it was decided to add some extra categories, which enabled the judges to give due recognition to projects they felt could not go unrewarded. 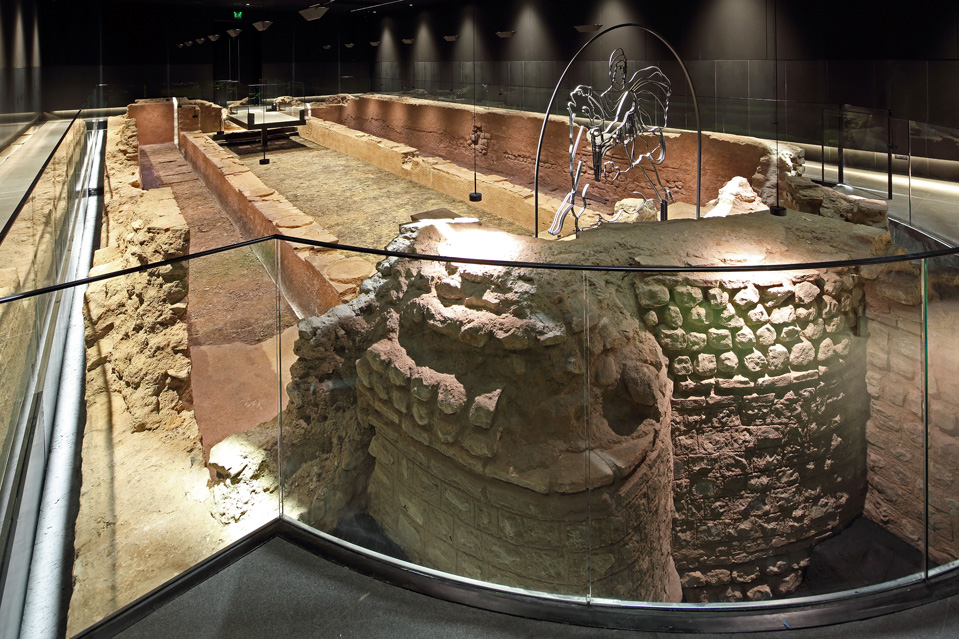 Two projects were commended: the V&A Aston Webb Screen and the Weston Library at Oxford University.

Another new category was a Special Cathedral (Fellowship) Award. For this, the judges were unable to separate the stunning quality of the masons’ work on projects at the Church of England’s two most prominent cathedrals – the Great South Window & North West Transept of Canterbury Cathedral and the restoration of the East Front of York Minster.

In both cases the work was outstanding and both projects were declared Award winners.

In some of the other categories the judges decided entries were so good more than one of them deserved an Award. There were two Award winners in Repair & Restoration other than interiors, three in Landscaping and two in Sustainability.

Another new category on the heritage side of stonemasonry was for Repair & Restoration Interiors, although in this category the judges did not make an Award. Carving, Lettering & Sculpture did not get an Award, either, although in both cases there were projects that were highly commended and commended.

One category introduced last time, that of Technology Innovation, was dropped this year. It had been initiated to reflect the increasing use of hi-tech machinery, but with so many companies having invested in the latest CNC machinery now it scarcely warrants a category of its own.

The category changes brought the number up to 11.

All the Award winners are featured in the December issue of Natural Stone Specialist, the industry's magazine, and all the projects recognised in the Natural Stone Awards (which includes those highly commended and commended) are in the Awards Souvenir Brochure, copies of which are available free from Stone Federation Great Britain, which runs the Awards. Click here to order a copy from bit.ly/StoneAwardsBrochure.