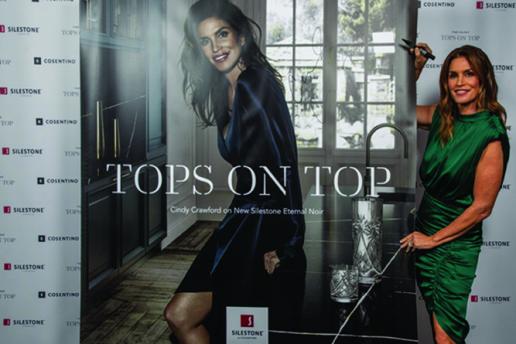 US supermodel and businesswoman Cindy Crawford joined Cosentino at the Zela London restaurant on 17 September for the launch of its latest Tops on Top advertising campaign for its Silestone quartz. Cindy Crawford is Silestone’s ambassador for the rest of 2019 and 2020.

Cindy took part in an on-stage discussion with Tony Chambers, erstwhile Editor of Wallpaper magazine and founder of the TC&Friends design consultancy.

Cosentino also took part in London Design Festival (16-20 September) at its Cosentino City showroom in Clerkenwell by presenting the five winning sculptures in a ‘Carved in Stone’ competition it ran among leading architectural practices.

It was the first competition of its kind from the Spanish company, which makes Dekton as well as Silestone and sells ready sealed granite under the Sensa brand.

Architects from across the UK were invited to put forward their concepts for marble sculptures around the theme of ‘Life on Mars’. 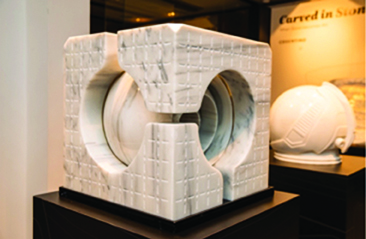