It is the largest single project the family-owned business in Anglesey, North Wales, has ever won and comes as the company celebrates its 50th anniversary.

Greenough & Sons Director Jonathan Greenough says: “The contract is a further tribute to David Greenough, my father and company founder, who sadly passed away in May 2020 aged 78. It’s very fitting that the company’s highest profile project to date should be so close to his childhood home in Swinton, Salford.”

Although he was born in Salford, David Greenough established his company of Greenough & Sons in 1971 in north Wales, where it plans various celebrations as Covid restrictions allow this year to mark its half century and David Greenough’s legacy.

The re-roofing of Manchester Town Hall using Cumbrian slate from Burlington will be delivered as part of a far reaching restoration of the historic Grade One listed building.

Phase One of the roofing contract involves removing and replacing 2,800m2 of Cumbrian roof slate, as well as updating the roof timbers, replacing 65 tonnes of leadwork and refurbishing glazed skylights.

The slate will be sourced from the same Burlington slate quarry that was used when the Town Hall was originally built some 150 years ago.

The old leadwork will be melted down and reincorporated into the building restoration project.

Greenough is due to start site work on the 62 week programme in the autumn this year. It will explore and deliver ways to share its roofing skills on the project with the local community and heritage enthusiasts from around the country.

The project is regarded by Greenough as recognition of the business’s reputation for delivering historically sensitive heritage roofing across Wales and the North West of England.

Previous work has included a major contribution to the restoration of Chester Town Hall (completed in 2011), which, like Manchester Town Hall, is built in the Gothic Revival style.

Jonathan Greenough says of winning the Manchester contract: “This is a tremendous win for the company in what is a special year as we mark our 50th year as a company.

“Our growing success in the heritage market has, over the years, been inextricably linked to our unique knowledge and skill with Welsh Slate. But a contract of this size, complexity and character demonstrates how we have evolved as a business.”

The company is on the Heritage Register of the National Federation of Roofing Contractors (NFRC) and its skilled craftsmen hold CSCS Heritage Gold Cards. 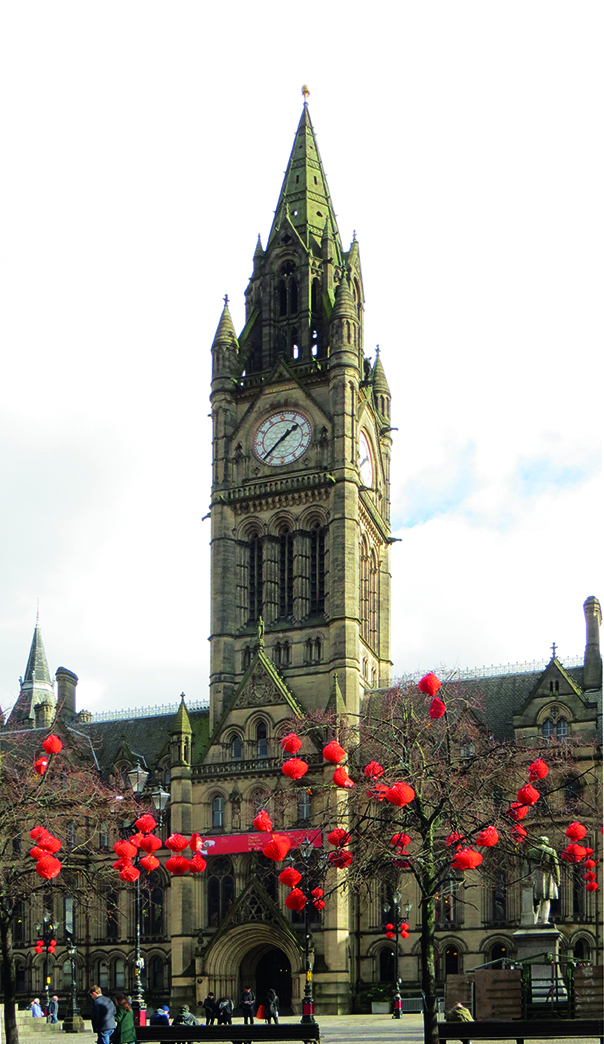