“Definitely the most successful Natural Stone Show I have ever been involved with during my 11 years in the stone trade.”

Nicholas Johnston of the Johnston Stone Group and Bath Stone Group had a similar reaction. He said after the event: “What a tremendous Show.” 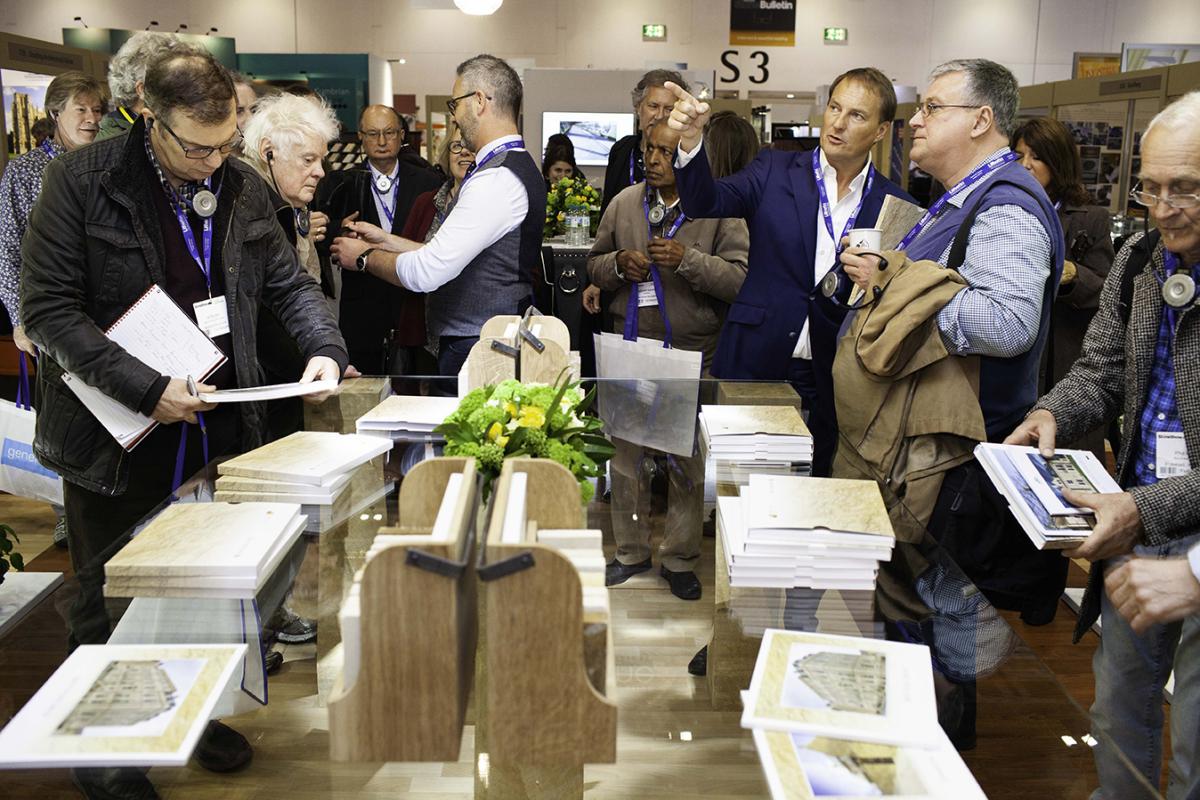 Show Director Richard Bradbury said feedback from most of the exhibitors had been similar.

He said he was “delighted” with the exceptional quality of the stands that exhibitors had created. “It really highlighted the stone industry as the modern, vital supplier to so many areas of construction. The show emphasises the increasingly compelling case for using stone as a genuinely low carbon and sustainable alternative or complement to glass and steel.”

The Natural Stone Show is now in its 25th year and the industry has come a long way in that time as stone has become increasingly popular. The market for natural stone is more than four times the size it was in 1995 in real terms, boosted by lower price stone from the far east (in particular) and extraordinary advances in processing capability with computer controlled machines and diamond tools. 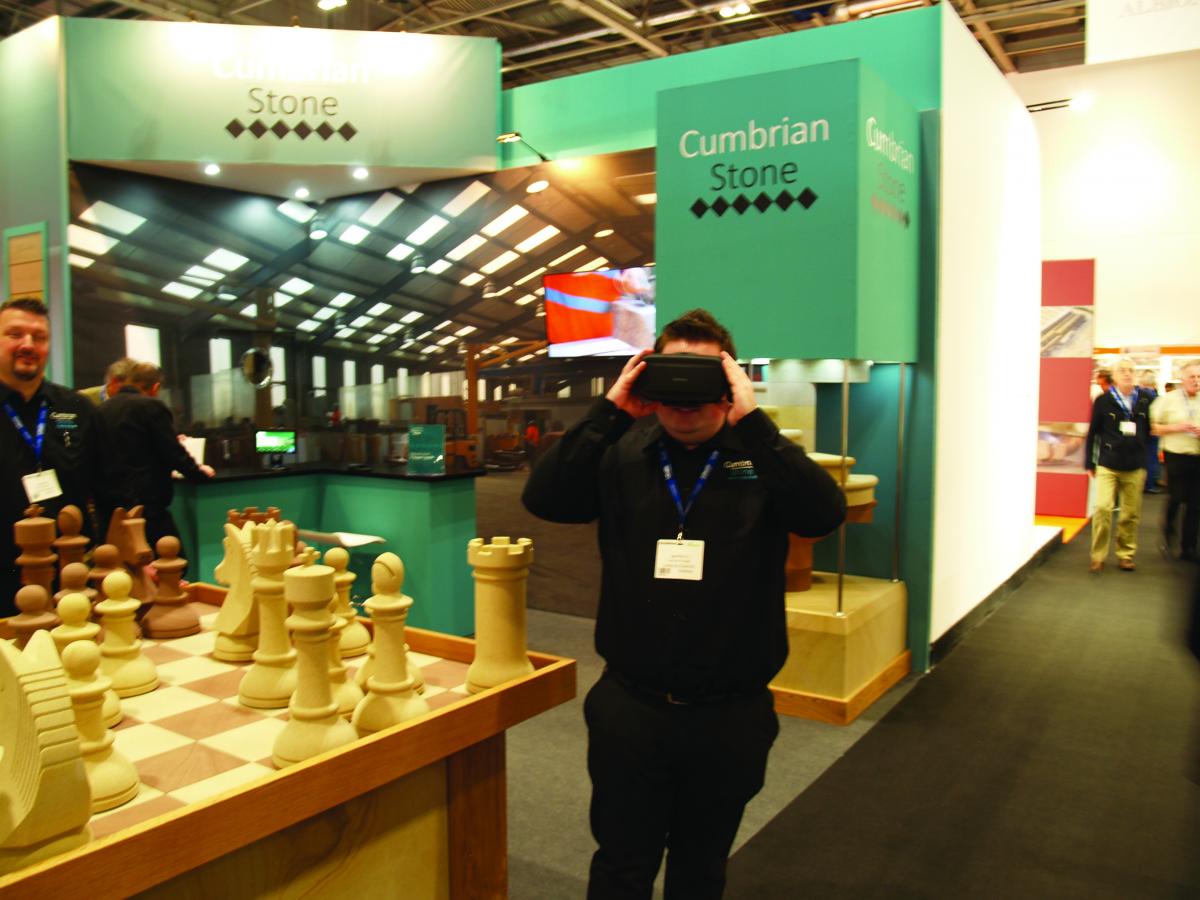 The exhibition included stone from around the world, with regional pavilions from China, Spain, Portugal and Italy, as well as stands from individual companies and more British stone than ever before.

There was even an addition of another British stone during the event with Johnston Quarry Group revealing it has secured Guiting quarry and will be bringing the famous limestone back on to the market.

The Johnston Quarry Group and D Zambelis both had one wall of their stands as huge video screens, and one of the exhibitors, Cumbrian Stone, had invested in virtual reality to enable visitors to take a virtual tour of its impressive factory in Penrith where it works the 10 sandstones it showed at the exhibition.

Stone Federation Great Britain once again had its ‘Village’, with 25 of its members at the Show. And for the first time the Federation also scheduled its annual Members’ Event to be held at the end of the second day of the exhibition. 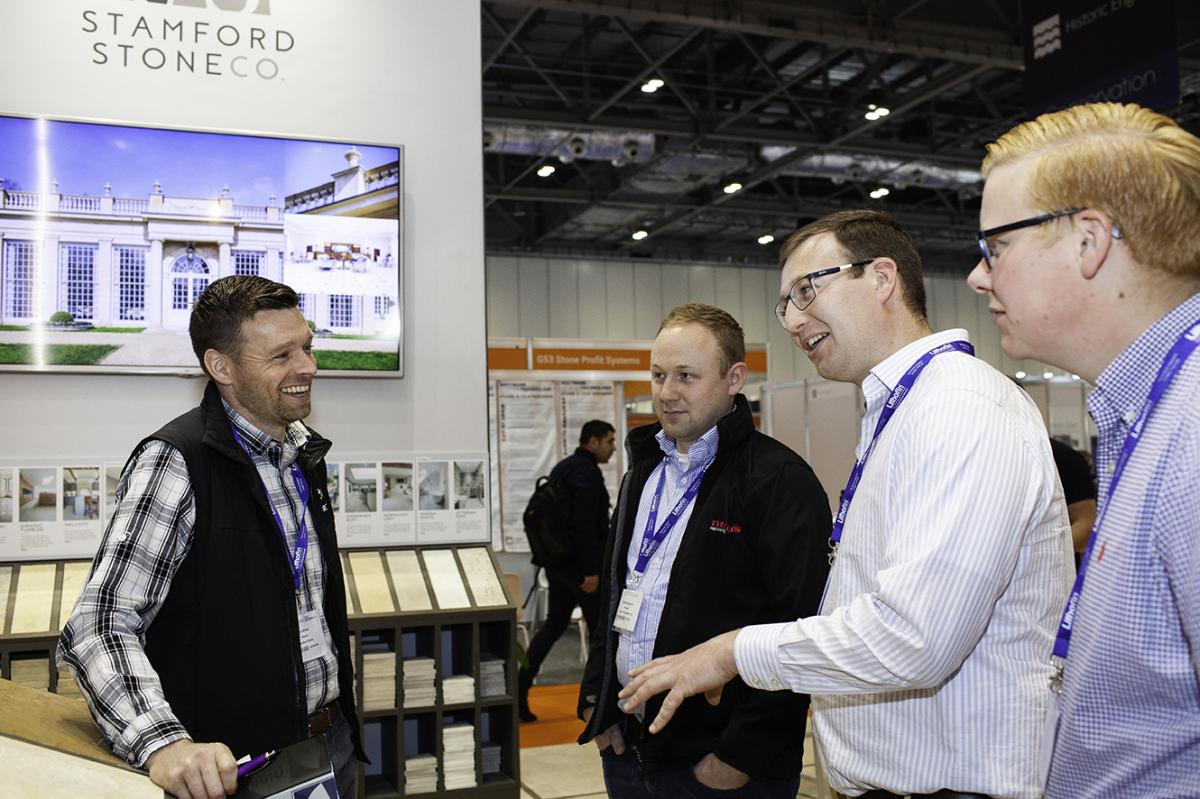 The machinery suppliers formed an important part of the exhibition, just as they always have done at the Natural Stone Show. Intermac, which had the largest stand with the company’s full complement of machines, including its own Master CNCs and Primus waterjets, Donatoni saws, Montresor Edge Polishers and the Sophia cloud-based management system, also introduced its Genius cutting table for cutting 3-20mm porcelain, which UK Commercial Director Chris Arund said had been “a bit of a show stopper”.

Chris said the decision to show the full range of machines was an “all or nothing” approach. And it had turned out to be the right decision to go for “all”.

“We've taken orders every day and have exceeded the targets we set ourselves,” he told NSS.

All the tool suppliers were showing the latest diamond tools for cutting engineered stones as well as natural stones, which indicates the importance of quartz, porcelain and sintered slabs to the stone processing sector. 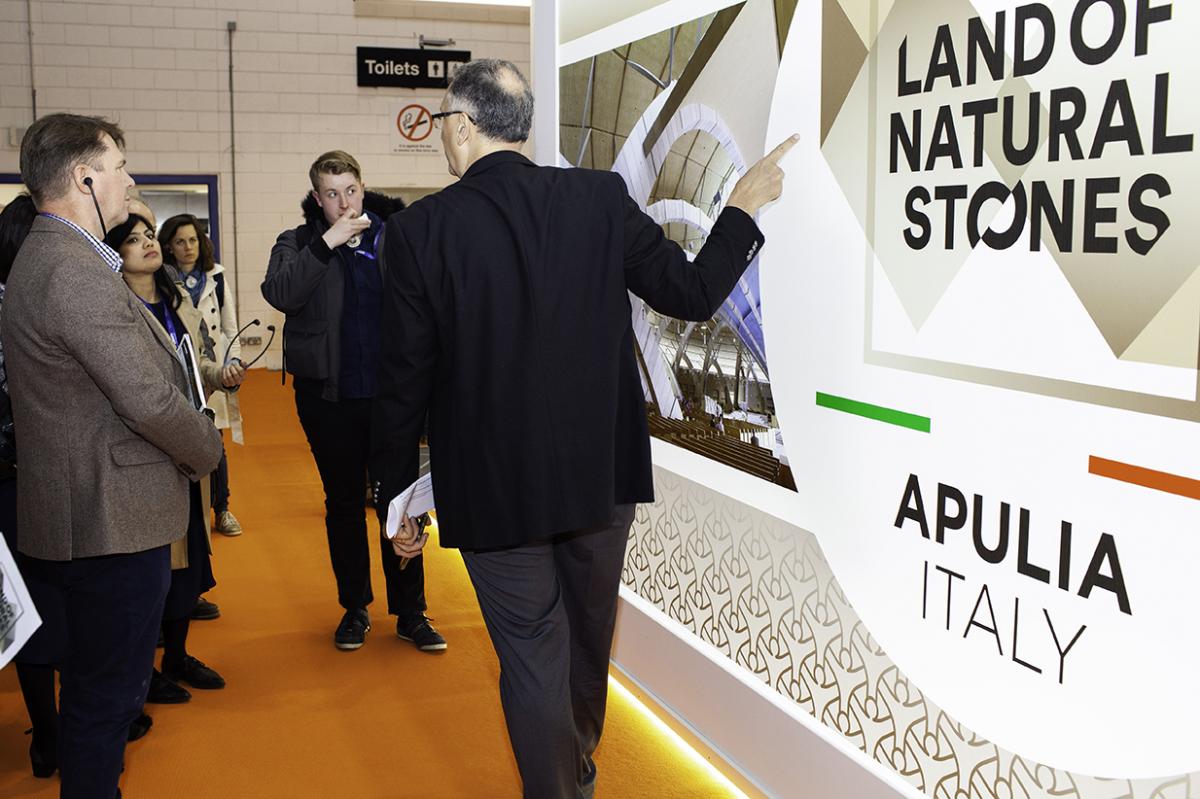 In recognition of that fact, as well as to preserve the ‘natural’ stone ethos of the Natural Stone Show itself, the exhibition this year saw the introduction of a Hard Surfaces exhibition to run alongside it. 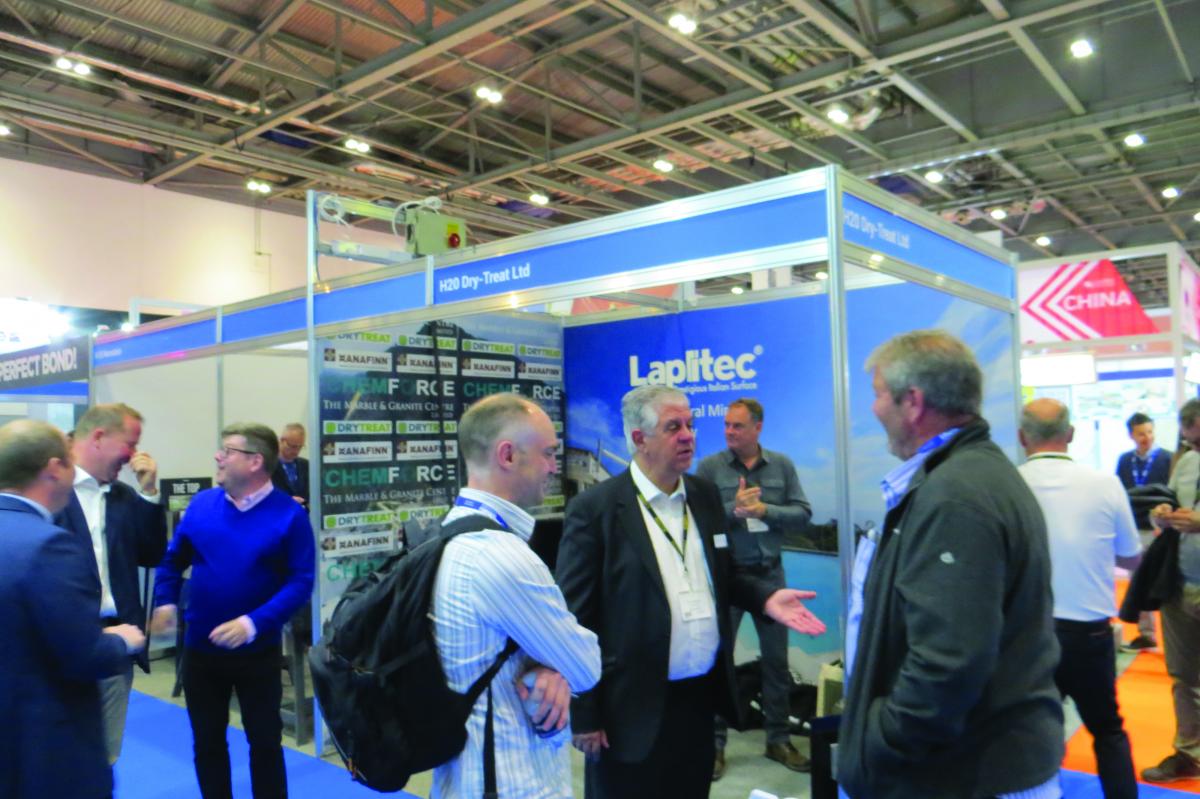 Richard Bradbury said: “We felt engineered hard surfaces had reached a point where they warranted their own identity.”

So the Hard Surfaces exhibition co-located with the Natural Stone Show, making the overall event 15% larger than the previous Stone Show. Visitor numbers held steady at around the 5,000-mark in spite of the uncertainty surrounding the still unresolved Brexit.

The Natural Stone Show, now in conjunction with Hard Surfaces, is undoubtedly an important showcase for all aspects of the natural stone industry in the UK and Ireland.

The video below provides a quick overview of the exhibition and there is also a video that CRL Stone has produced of its own stand. 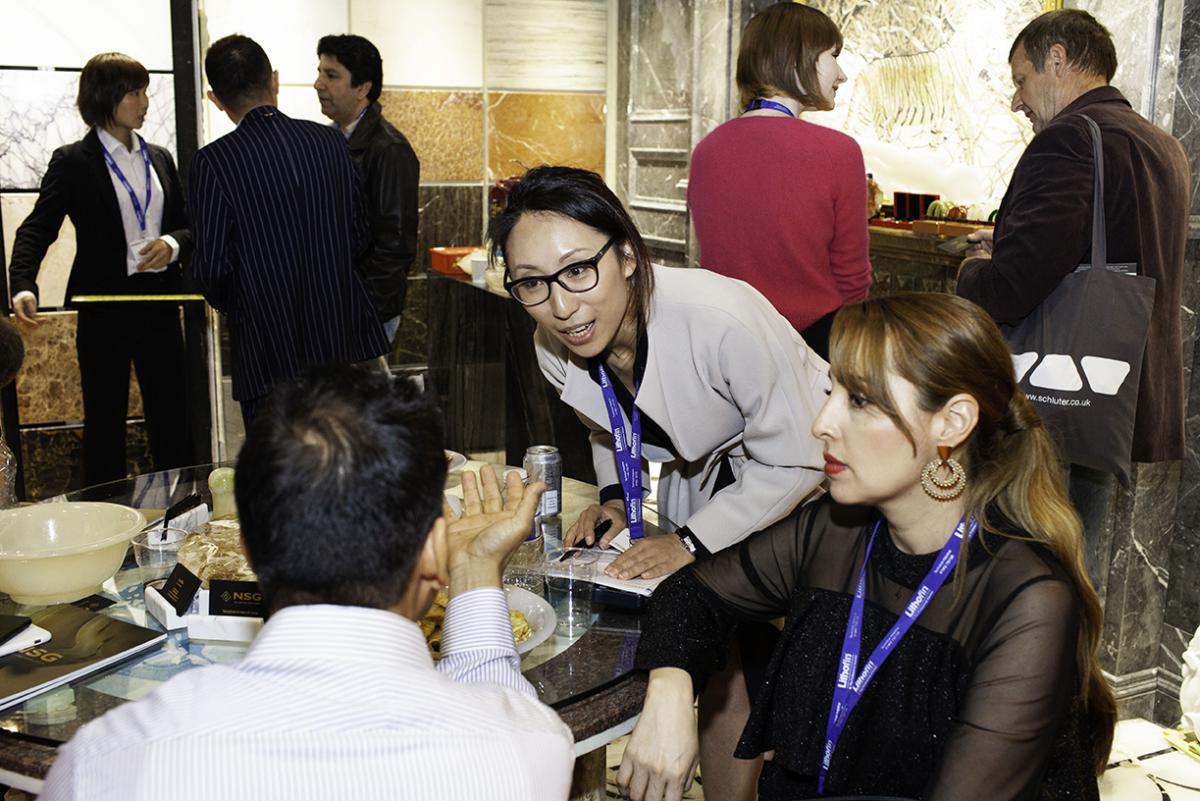