Following the amazing month-on-month increase in construction orders in July as the industry got back to work after Lockdown, August fell back to more normal levels of activity, says Barbour.

The figures are published in the latest edition of the Economic & Construction Market Review from industry analysts Barbour ABI. You can download the full report from http://ubm.io/2FRLrwm. 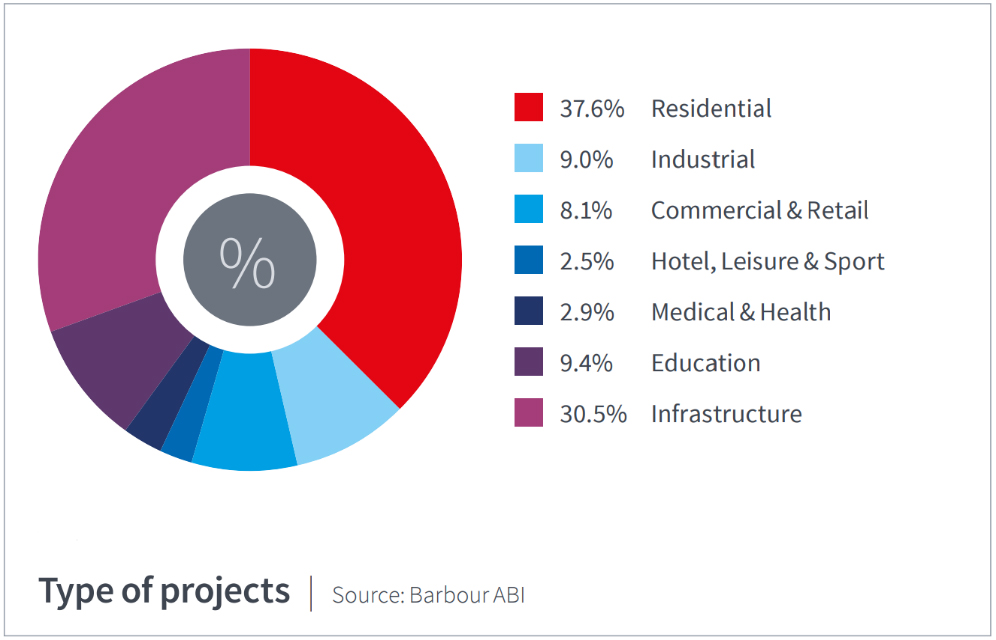 Analysis by sector indicates that house building continued to lead the recovery, accounting for 37.6% of contracts awarded. Infrastructure was second and vying for third place were education (accounting for 9.4% or orders) and industry (9.0%).

The leading region in August was Yorkshire & Humberside, accounting for 23% of contracts awarded. The North West was second, followed by London.

Commenting on the figures, Tom Hall, Chief Economist at Barbour ABI and AMA Research, says: “The UK economy continued its stronger than expected recovery in July, growing by 6.6% following June’s expansion of 8.7%. The economy has now recovered around half of the lost output between March and May. In the construction industry, contract awards returned strongly in July, but in-month awards were significantly lower in August.”