Last week saw the first of a seven part reality TV series called The Prince’s Master Crafters: The next generation on Sky Arts.

The Prince in the title is Prince Charles, who, in the final programme of the series, will choose a winner from among the students who have made various art/craft items in the previous six episodes. The 15 June episode features stone artist Zoë Wilson and her student Charlie Gee.

The programme is fronted by Jim Moir (Vic Reeves). In the final episode when the work is judged by the Prince, the student crafters visit Dumfries House, in East Ayrshire, home to The Prince’s Foundation, before taking part in the ‘graduation’ that involves presenting their work to His Royal Highness at his home of Highgrove House.

Once the programme is finished, all the works will be displayed at the new training base of The Prince’s Foundation at Highgrove.

Zoë says unfortunately she did not get to meet the Prince, although she enjoyed meeting Jim Moir and making the programme.

The TV appearance came about through Instagram. One of her 77,000 followers drew her attention to an advertisement calling for craftspeople to apply to take part. So she applied – and admits she was excited to be included.

It could even be the start of a new career as there is now talk of a second series. Zoë admits she would encompass it enthusiastically if it did lead to more TV work, but adds “as long as I can continue to carve”.

Zoë’s appearance on TV follows her success in the inaugural John Smedley Craft Prize, which saw some of her work being shown in a selling exhibition at the up-market John Smedley store in Jermyn Street, London, as part of London Craft Week (9-15May).

John Smedley promotes itself as ‘the world's finest knitwear clothing brand’. It regularly takes part in London Craft Week and this year approached Queen Elizabeth Scholarship Trust (QEST) to ask it to invite its Scholars to present works for the new John Smedley Craft Prize.

Zoë became a QEST Scholar when she was being supported by QEST during her study of stone carving at the renowned centre of carving excellence, the City & Guilds of London Art School.

The whole John Smedley prize was said to be worth £15,000, including £5,000 in cash and a £5,000 commission from John Smedley, as well as exhibitions in the stores in London and, later in the year, in a new store the company is opening in Kyoto, Japan.

There were plenty of takers, from which five involved in different crafts were shortlisted. Their work was shown on the internet and the public was invited to vote, which about 8,000 did. The result was close, but the winner was Zoë. Her work that was included in the exhibition involved original carvings in British stones – Welsh Slate, Corsehill and Portland – as well as casts in Jesmonite.

The commission she will receive from John Smedley will involve the geometric patterns that are the hallmark of Zoë’s work, being produced on coasters or place mats. Although Zoë will design the patterns, they will then be digitized and etched into Lincoln limestone by Cranbourne Stone of Stockbridge, Hampshire, using its CNC machine. John Smedley will package the items and will sell them from its stores.

And when the exhibition of Zoë’s work goes to Japan later in the year, Zoë will also be there, possibly demonstrating her work and signing packs of the place mats or coasters. During London Craft Week she was in the Jermyn Street store for a drinks reception to talk about her work with guests of the retailer. 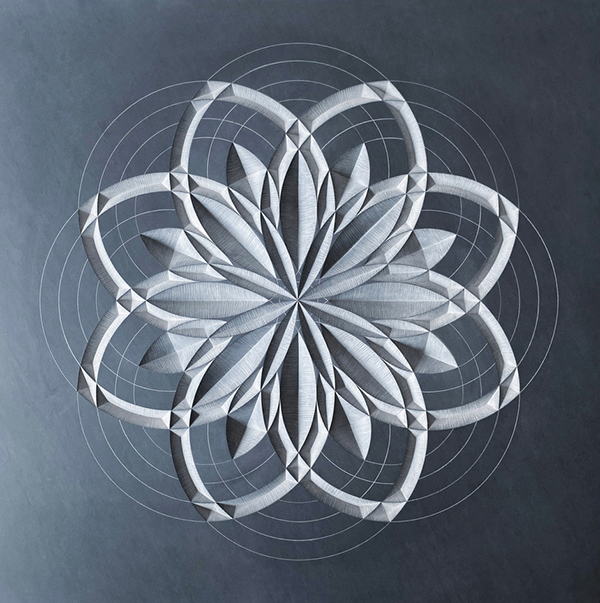 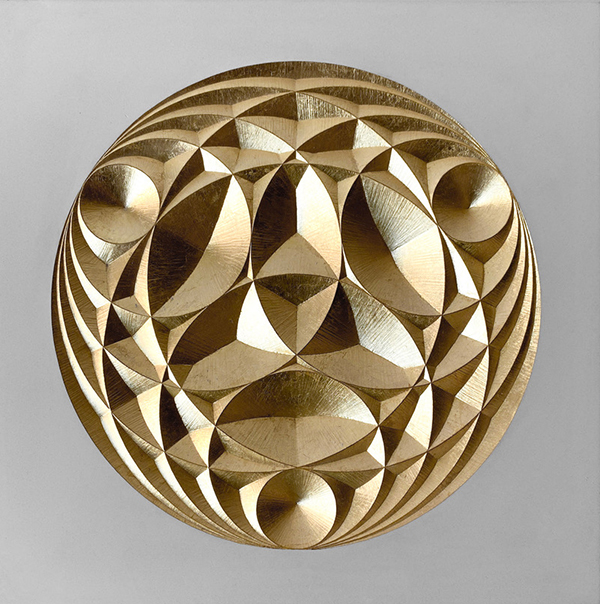 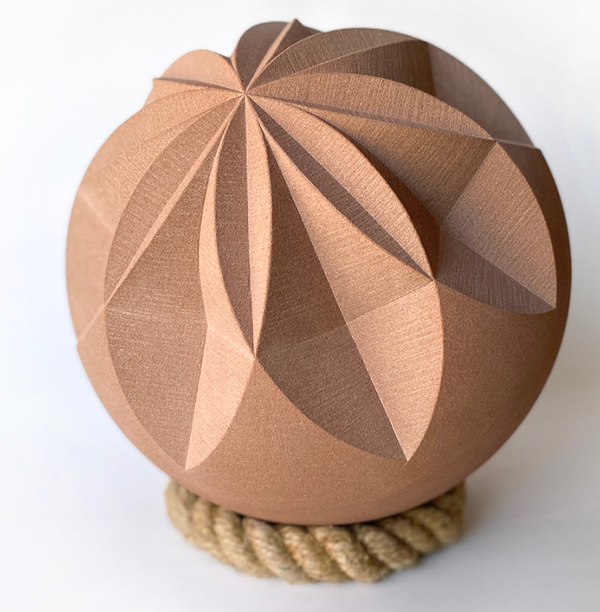 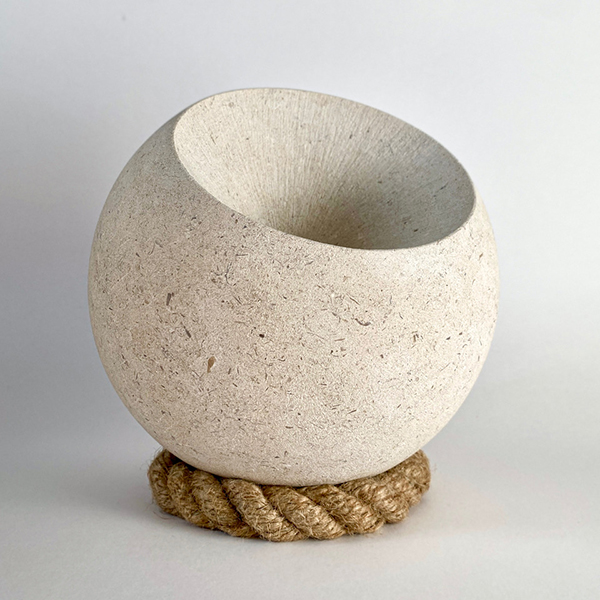 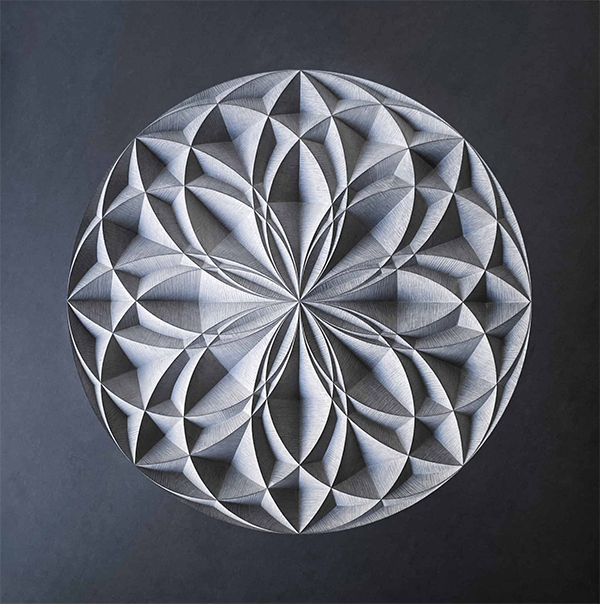