TTA Tile Awards : A celebration of tiles and tiling

The new, 600m2 floor in British limestones at St Andrew’s Church, Holborn, laid by Chichester Stoneworks on an Ardex screed was among the winners in this year’s Tile Awards, presented at a ceremony at the Hilton Birmingham Metropole Hotel on 12 April.

The tiling industry rolled out the red carpet for the masquarade-themed Tile Awards night run by The Tile Association (TTA) this month.

Kyran Bracken MBE was host, adding to the atmosphere of celebration with hilarious stories from an illustrious career in international rugby (and Dancing on Ice) as well as presenting the awards.

The winner of the best large commercial project category was the new floor of St Andrew’s Church in Holborn, London, with its ground of Hopton Wood limestone and tramlines and cabochons in darker Stanhope Famp. A different pattern around the altar also includes Anglesey Grey.

The stone is only 20mm thick, which meant the screed it is laid on was particularly important. It was Ardex that supplied it using its Rapidry formula. It was also Ardex that entered the project for the Tile Awards (and there will be more about the project itself in the next issue of Natural Stone Specialist magazine).

St Andrew’s Church took its place among the winners in 17 categories covering all aspects of tiles and tiling. TTA congratulates all the winners and finalists as a credit to the industry and thanks its record number of Gold sponsors of the Awards who made the event possible – Banks & Lloyd, Jackoboard, Mapei, Norcros Adhesives, Shackerley (Holdings) Group, Tilemaster Adhesives, Topps Tiles, Trimline Group, UltraTileFix, Walls & Floors and Warmup.

It was also a successful night for TTA’s nominated charity of Children Today, with a draw raising £2,800 for the charity. Elizabeth Oakes, regional fundraiser for Children Today says: “This is a fabulous amount of money and will enable Children Today to help another three families living with disability.”

It was a particularly special night for Roy Croft of Stortford Tiling & Marble, who was presented with a Lifetime Achievement Award. He started in the industry helping his dad, who was a tiler, when he left school just before his 15th birthday in 1967 and has gone on to develop a successful business now being run by his two sons and daughter, with a granddaughter, a quantity surveyor, also in the business.

“Really our story is a simple one,” says Roy. “We have grown from a small company to quite a big one, now tackling jobs of up to and beyond £1million all over the country, although most of our work is in the South East of England.”

The best domestic project was another interesting winner. The Award went to the renovation of a mansion in Surrey carried out by Arrow Tiling. The work involved design, surface preparation and the supply and installation of a wide range of tiles and tiling products, including reclaimed tiles.

Four bathrooms were gutted and fully tanked before being tiled, with external areas screeded and levelled. Two Victorian tiled areas were designed and installed using tiles left over from previous projects collected over many years.

A rear garden patio was completed with up-cycled stone pavers that had previously been in a Piccadilly Circus footpath.

A 3m-long slab of 6mm porcelain was mitred and polished with down stands to create an island worktop in the kitchen – tough, durable and more practical than marble in a working kitchen.

Electric underfloor heating was installed and even the outside WC was given a luxurious finish in Nero Marquina marble.

This time’s Wall Tile of the Year title went to tile retailer Walls & Floors for its latest twist on the Metro tile. Called Mixx Metro, the distinctive feature is the combination of natural and man-made surfaces such as concrete and marble.

The Floor Tile of the Year Award went to Kaste01, in the UK exclusively from Parkside. It includes a shower tray that matches the tiles. 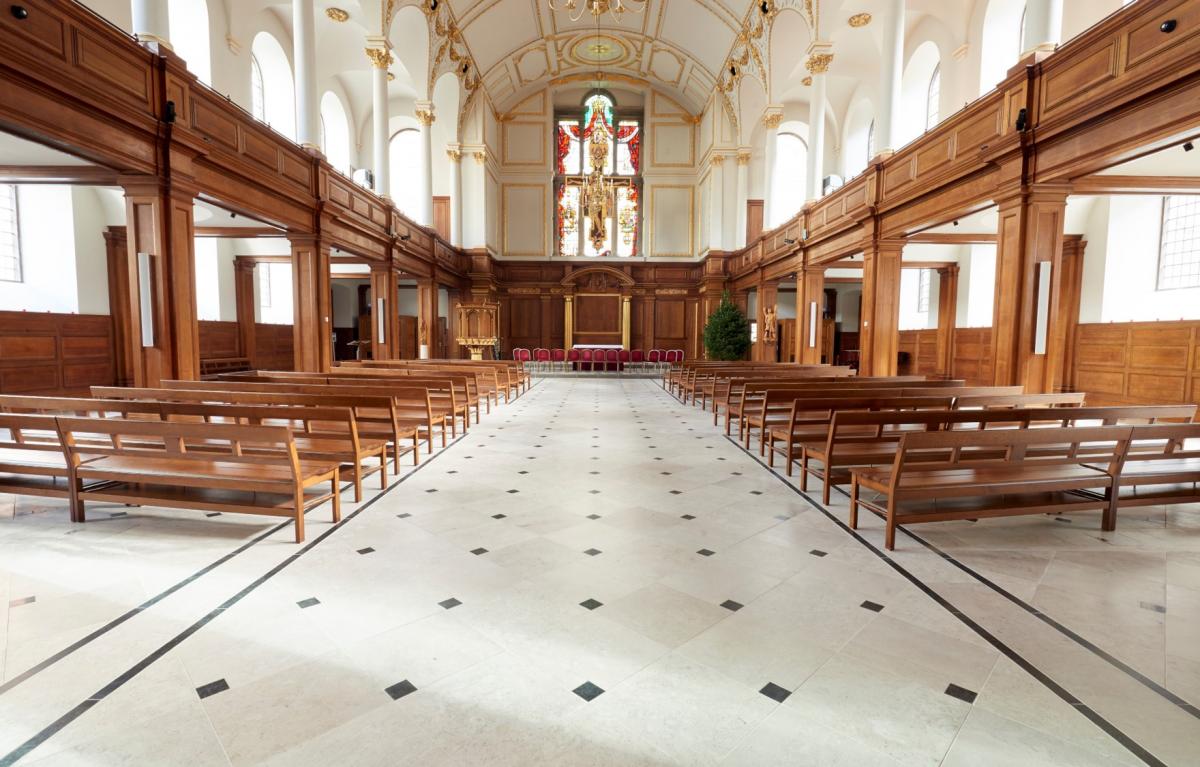 The award-winning floor at St Andrew’s Church, Holborn, laid by Chichester Stoneworks on an Ardex screed.