We often talk about stone being in harmony with its surroundings and Lorenzo Palmeri has given that a literal translation in 'Gerico',  his contribution to the Italian Stone Theatre at the Marmo+Mac stone exhibition in Verona at the end of September. And it has won him the show's Icon Award, which means it will be used to promote the exhibition for 2020.

The Stone Theatre fills hall one at the exhibition and takes stone into the realms of art. Designers are invited to work with stone companies and machinery manufacturers to show just how diverse the uses of stone can be. The results are impressive and have helped inspire architects and designers to be more imaginative in the creation of stone features within their work.

The pieces created for the Stone Theatre are judged and what is considered the winner receives the Icon Award. 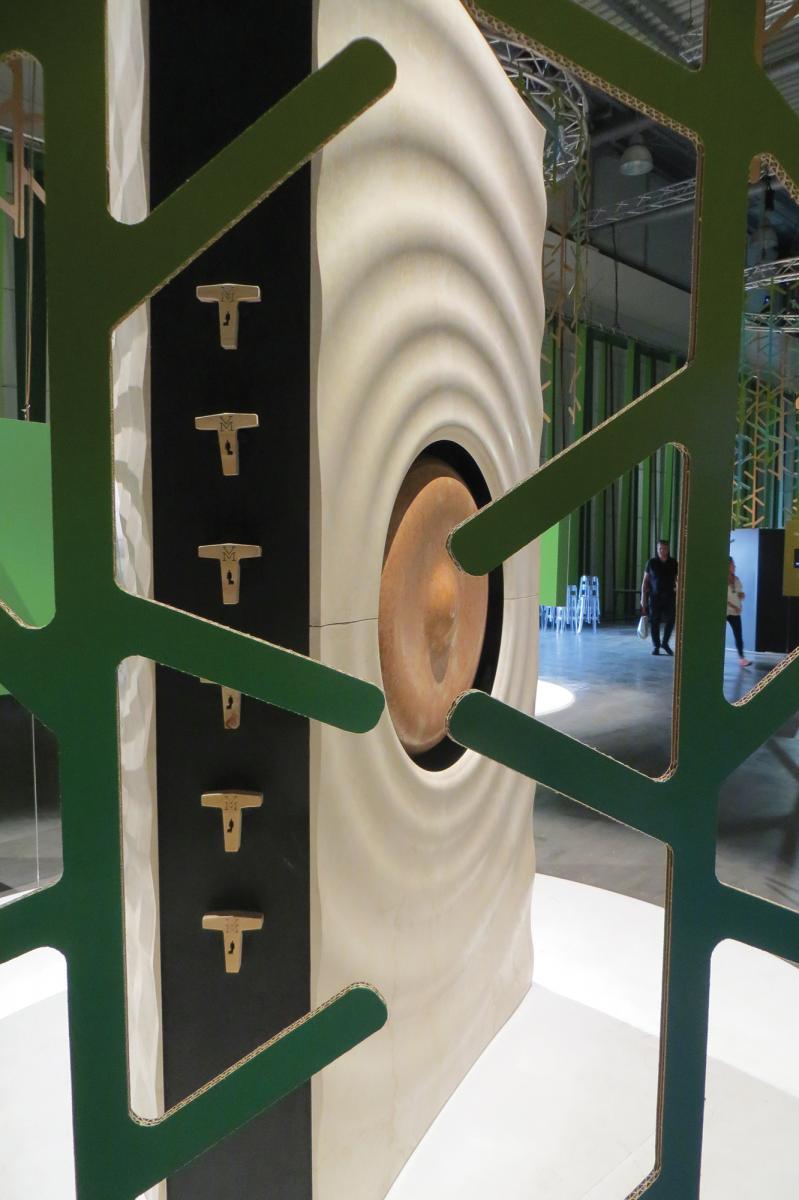 Lorenzo Palmeri's 'Gerico' won the Award this year by using the natural resonance of stone as gongs within the walls of his contribution to the exhibition, as illustrated in the photographs here.

The Stone Theatre exhibition this year was given the name 'Naturality' by the Italians and was curated by Raffaello Galiotto.

The Icon Award Jury said Lorenzo Palmeri's 'Gerico' expresserd the voice of stone, making it the ideal icon of excellence in natural stone for the Marmo+Mac 2020 communication campaign. 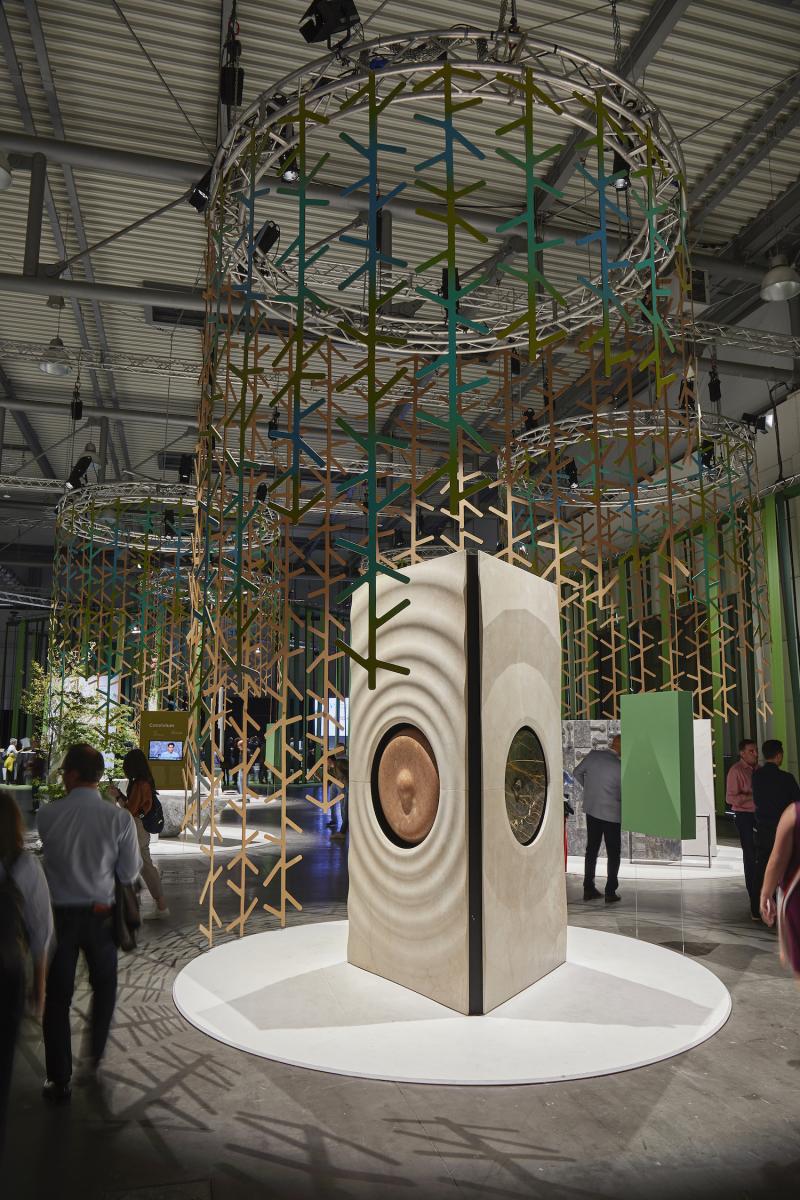 The jury said it was "impressed by many aspects, especially the aesthetic and functional solutions attained: marble makes music!"

"Palmeri," they said, "has managed to push the material beyond its apparent limits thanks to an original approach in keeping with the musical research embodied in the design. The result of his work is an interactive totem that will be delightful to see and hear at the entrance to the Show next year as a symbol of the unexpressed potential of a material about which we mistakenly believed everything was already known.”

'Gerico' manages to be both dynamic and statuary. The stones used are Botticino, Rosso Asiago, Striato Olimpico and Port Laurent. They form three marble walls with the peaks and troughs generated by sound frequencies. The central marble gong of each wall demands to be struck, just as the walls themselves invite a caress, bringing the piece alive only with human interaction.

Goethe said architecture is frozen music. In 'Gerico' Lorenzo Palmeri has allowed the stone to thaw the architecture and sing. 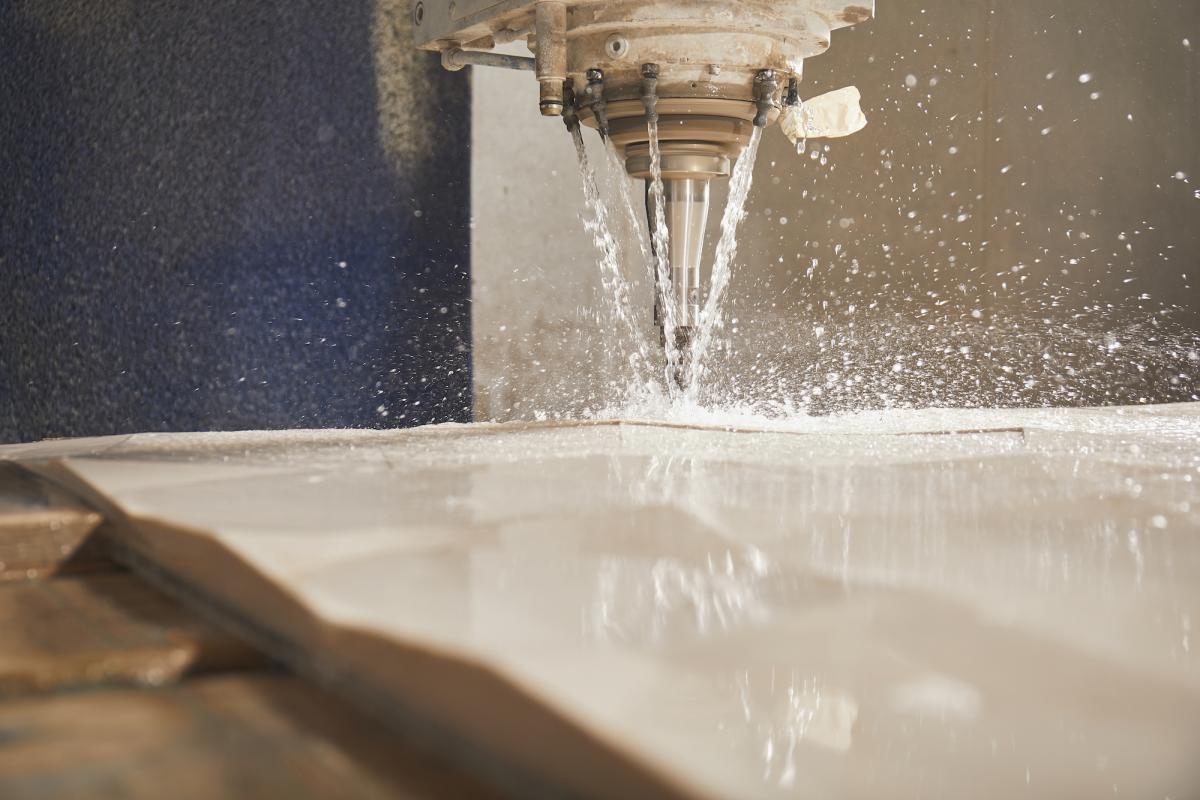