The Lettering Arts Trust presents – Will Carter: Man of Letters

The Lettering Arts Centre at Snape Maltings, in Snape, Suffolk, is currently showing an exhibition entitled ‘Will Carter: Man of Letters’, a restrospective that became a casualty of Covid in 2021 but is now in full swing.

Will Carter, who died at the age of 88 in 2001, was a master craftsman letter designer, typographer, calligrapher, letter carver, printer and private press studio publisher.

The exhibition is on until 15 May, and the night before it closes (Saturday 14 May) there is a fund-raising charity dinner in The Lettering Arts Centre gallery. The menu will be taken from one carved in wood by Will Carter, although with foie gras substituted with a gourmet alternative because of the cruelty involved in the production of foie gras.

Places at the dinner are £50 per person, including wines and a talk by the exhibition’s curators. Proceeds will contribute towards a Lettering Arts Trust journeyman placement.

The Lettering Arts Trust journeymen receive two-to-three-months training with a Master letter cutter, focussing exclusively on design and carving skills to enhance their career as a letter cutter.

The Will Carter retrospective is curated by Master letter carver Eric Marland, a great admirer of Will’s work, with significant contributions from Will’s son, Sebastian Carter.

Will Carter became interested in type and letter forms at a young age. He founded the Rampant Lions Press in 1949. 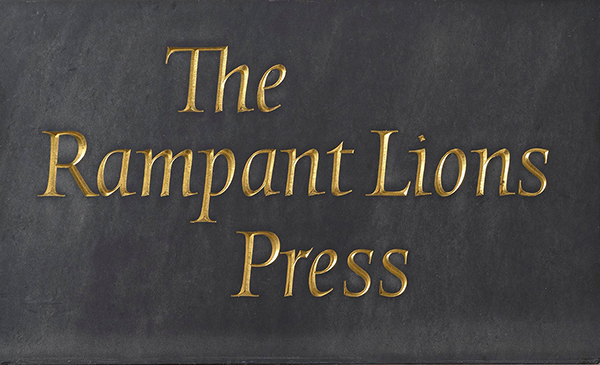 The company undertook numerous commissions ranging from the jobbing printer’s domestic stationery to the now much sought-after, carefully considered editions for Clover Hill, such as The Book of Jonah that cemented the Rampant Lions Press reputation for fine and elegant compositing and printing.

Will was also an accomplished calligrapher and letter designer. He designed type for Monotype, a designer and supplier of type founts. Most famously he created the ‘Klang’ Series 593, introduced in 1955, which reveals the influence on Will of Rudolfe Koch’s blackletter calligraphy. 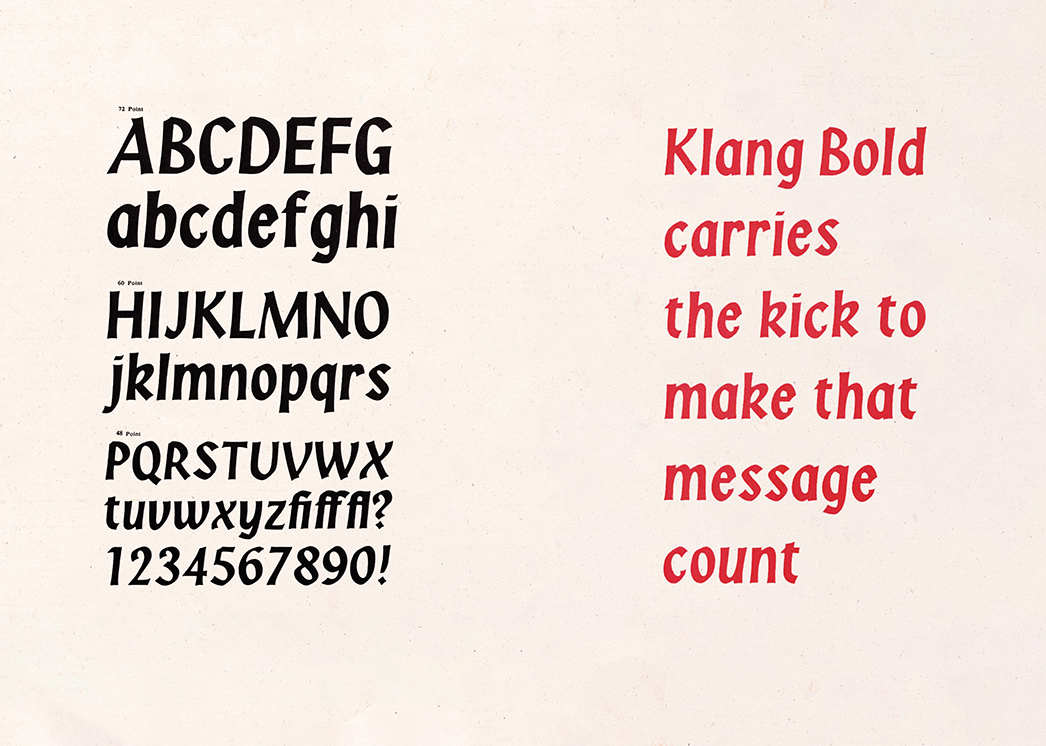 He collaborated with David Kindersley (who taught will how to cut letters in stone) to design ‘Octavian’, another fount sold by Monotype. His letter carving – in wood and stone – augmented his income from the printing press.

Once the exhibition comes to a close at the Lettering Arts Centre at Snape Maltings, it might go on tour, with plans in development for that.

The exhibition is accompanied by a comprehensive catalogue designed by Webb and Webb that chart’s Will’s career. It includes essays by some of those who admire his work, including Barley Roscoe, John Nash, and his son, Sebastian.

Click here to buy the catalogue online now for £12.

If you can’t get along to the Will Carter exhibition, others that might interest lovers of letter carving include ‘The Nereids’ at the Fermoy Gallery in King’s Lynn as part of the King’s Lynn Festival from 15 to 30 July.

The Lettering Arts Trust will be participating at the Becket Pageant for London in the City of London by kind invitation of the Worshipful Company of Masons on 17 & 18 June, where it hopes to give demonstrations of letter cutting.

On 12 May, Louise Tiplady will be demonstrating letter cutting in an event called ‘The Human Being as Maker’ in the tap room of brewers Fabal as part of London Craft Week. Louise was a recipient of a Lettering Arts Trust apprenticeship.

The Lettering Arts Trust is expanding its online offer and enhancing the range of work available to view and to purchase on its website. To shop, click here.