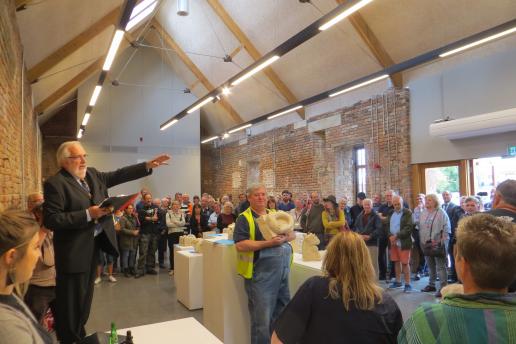 Those taking part in the Gloucester Stone Festival over the August bank holiday weekend praised it for its friendliness, even if the Sunday had been a bit damp thanks to the incessant rain. It did not stop the stoneworkers continuing but it did deter visitors somewhat. Thankfully the weather had improved for the concluding auction on Bank Holiday Monday.

The event was organised by Carrie Horwood who runs her own local carving studio, Cat's Eye Carving. She not only carved a raffle prize ahead of the event but also another piece, a Green Man, during the event, in spite of tennis elbow. This was her third festival and Carrie thanked the people who assisted her this time, which gave her the time to complete her Green Man in stone recovered from the restoration work that has been carried out on the Llanthony Seconda Priory, where the festival was held.

Thanks to the bank holiday, the carvers had two-and-a-half days to complete their work, rather than the day-and-a-half they often get at these events. They put it to good use with some distinctive and delightful carving on the theme of mythical beasts in Cotswold limestone from Veizeys Quarry near Tetbury donated by Stone Supplies Cotswolds. The carvings were sold at the end by auctioneer Mark Stafford-Lovatt of Nock Deighton, who had interrupted a holiday in Wales to give his services.

The carvers themselves chose the winning pieces. First prize, donated by the Worshipful Company of Masons, the Masons' Livery Company, went to Mark McDonnell for his Basilisk. Hayley Diamond's 'If.... (pigs could fly)' gained second prize with Tom Kenrick's Niffler (apparently children know what Nifflers are) in third place. The best novice prize donated by Waters Group, the supplier of tools and machinery, who had a stand at the event, was won by Mary Robins for her baby dragon.

Just before the auction and prize giving on the bank holiday Monday, Jemma Shields, a heritage Skills apprentice with the Prince’s Foundation, who had been involved in the restoration work, officially opened the Llanthony Seconda Priory renovated buildings.

There will be pictures and a report of the event in the October issue of Natural Stone Specialist magazine. In the meantime, here are some photographs from the event and there are more on the Gloucester Stonecarving Festival website (http://www.stonecarvingfestival.co.uk/) and on social media. 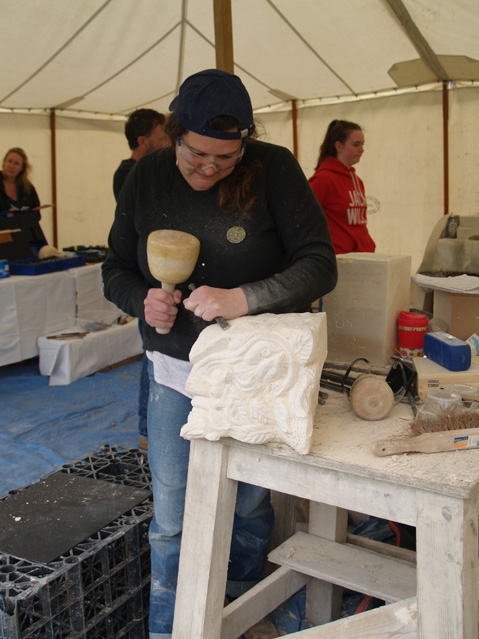 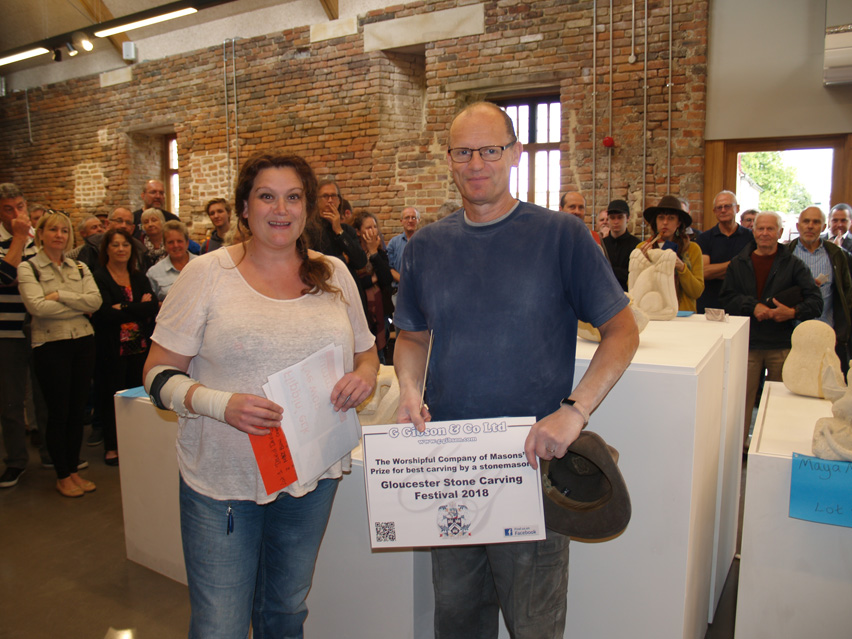 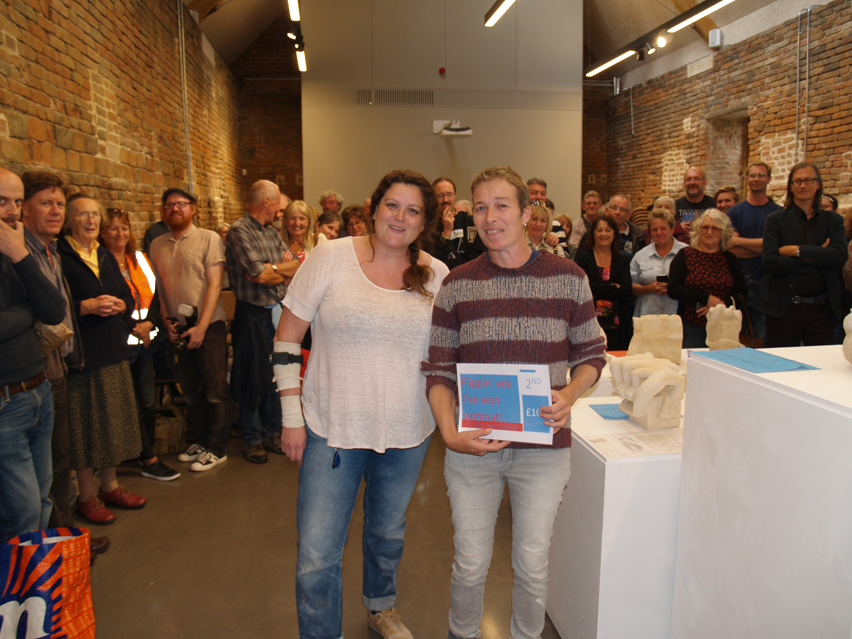 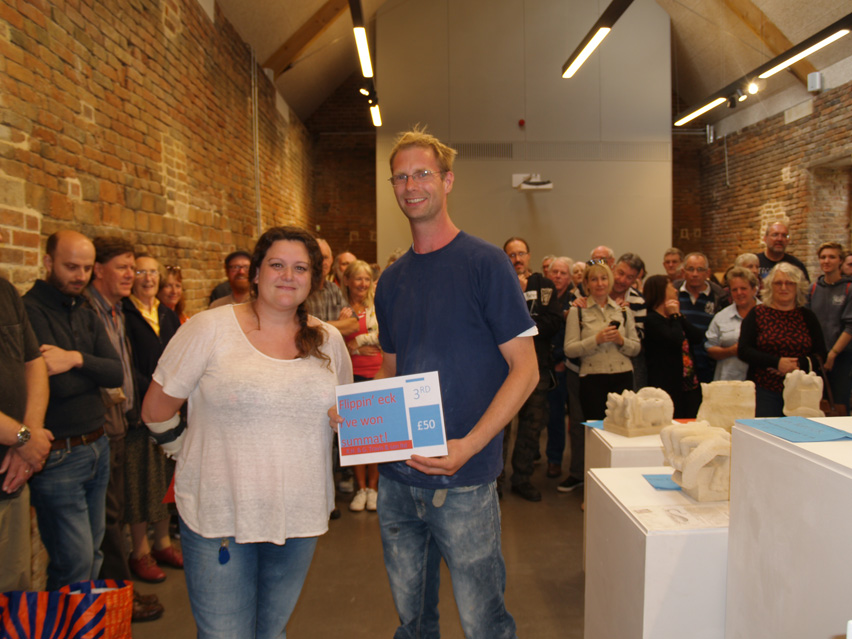 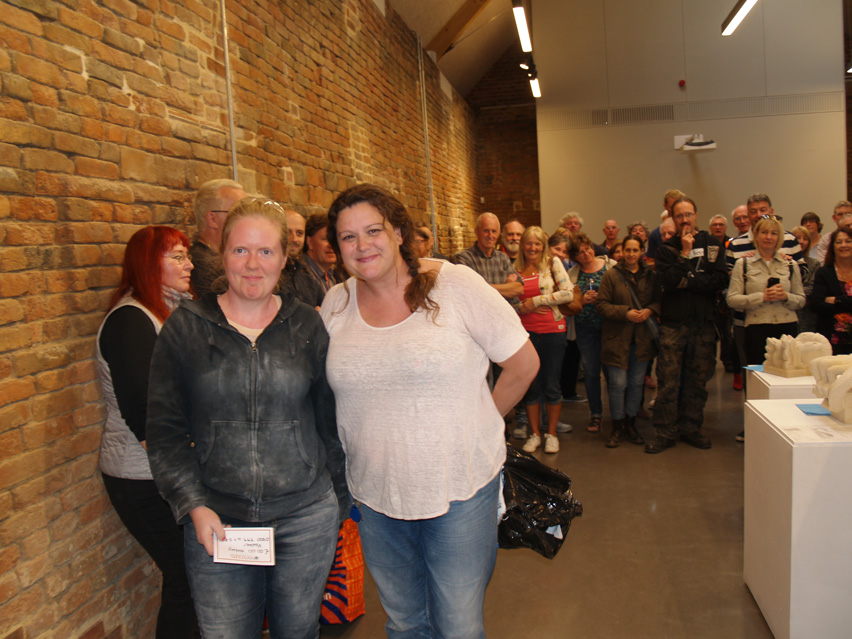 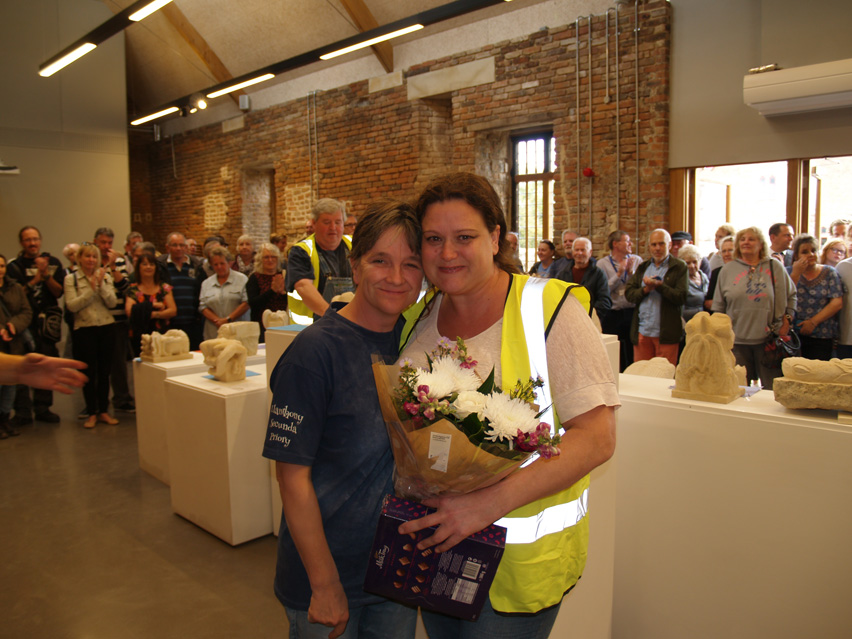 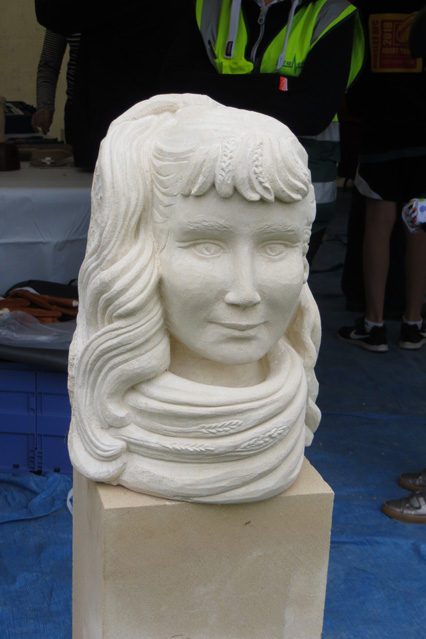 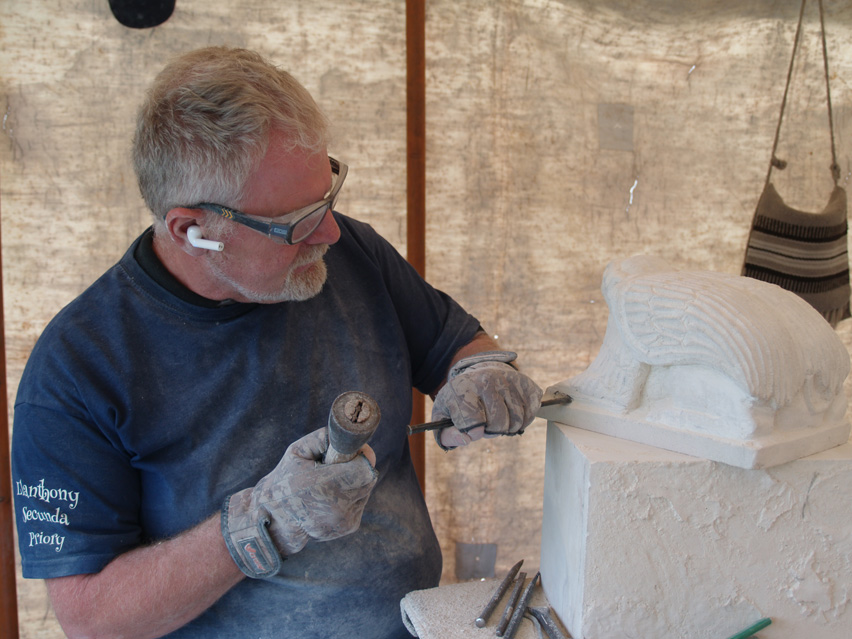 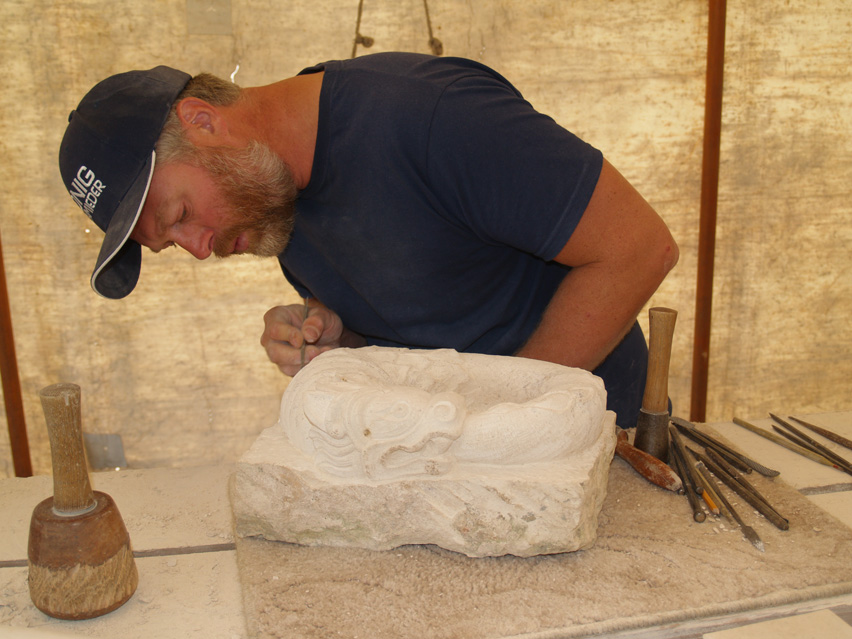 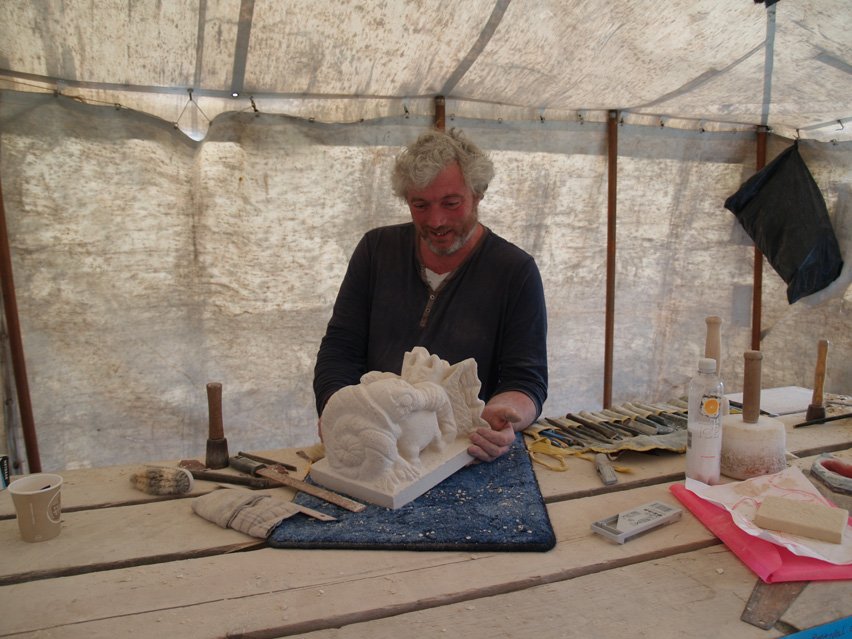