There is also a webinar taking place on 17 September, 5.30-8pm, called Contemporary Stone Architecture: the art and science of building in stone, which you might like to be involved in. It includes a look at The Queen's Building at Emmanuel College, Cambridge, where Michael Hopkins used 28 post-tensioned Ketton stone columns to support the building that was constructed by Andre Vrona's Ketton Stone company. You can watch a recording of the whole two-and-a-half hours of the webinar here.

Curating the exhibition at the Building Centre were the architect, engineer and stone craftsman involved in the building of the distinctive (not to say controversial) 15 Clerkenwell Close, a seven-story development in Islington, London, with an exoskeleton of Chomerac French limestone from a quarry near Lyon. The building contains eight apartments (including the architect’s own home) and various office spaces. 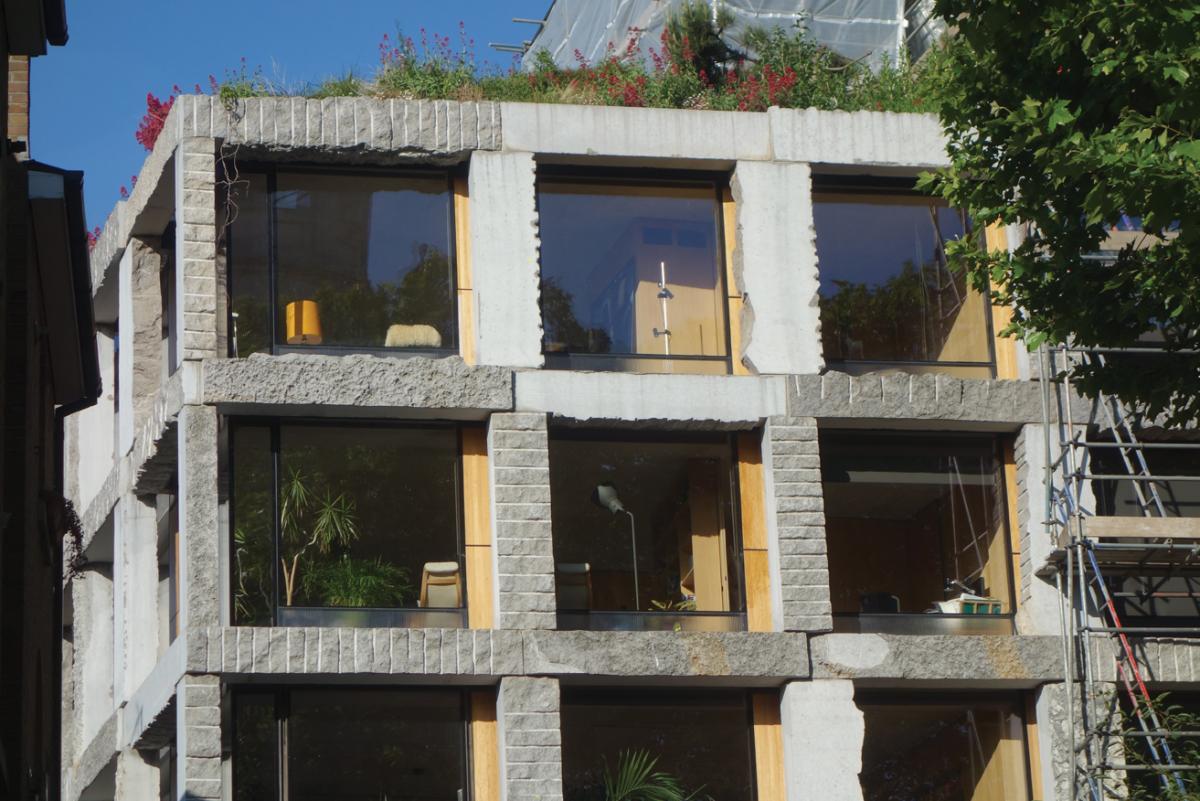 Polycor is headquartered in Canada and has more than 50 quarries and 18 masonry workshops in North America and France, making it one of the world’s leaders among the typically small natural stone extraction companies. Bryan Thorburn, the company’s Europe and Middle East Business Development Director, describes Polycor as “the tallest among midgets”. In the UK, Polycor is now a prominent member of Stone Federation Great Britain.

During lockdown, some of the features of the exhibition were available to read online, and following the re-opening of the Building Centre a presentation by the curators of the exhibition was the first event to be held there. It took place on 30 July. The curators were joined by Carl Fredrik Svenstedt, an architect, who spoke about his design of a wavy sandstone wall at the recently completed Delas Frères Winery in France. The 80m long, 7m high wall shields the vats of wine from the sun to stop them overheating, as well as making a spectacular feature for visitors.

The number of people allowed to attend the presentation at the Building Centre for this presentation was small in order to ensure social distancing, but the event was also streamed live and can still be viewed on Instagram at bit.ly/BCStoneAge.

The impact of the exhibition reached an even wider audience thanks to an enthusiastic architectural press, and even some of the consumer press, notably the Guardian.

The more innovative uses of stone seen, the more stone will be appreciated as a building material of the future, and architects will come to understand why it has been so highly valued for at least six millennia. And that it is sustainable. As engineer Steve Web said at the curators’ presentation, on a planet like Earth stone is “effectively an infinite resource”.

Stonemason Pierre Bidaud summed it up succinctly when he told NSS that the Building Centre exhibition illustrated “what’s achievable in stone now” to “update the vision of the architect”.

Below. More pictures of the New Stone Age exhibition at the Building Centre in London. 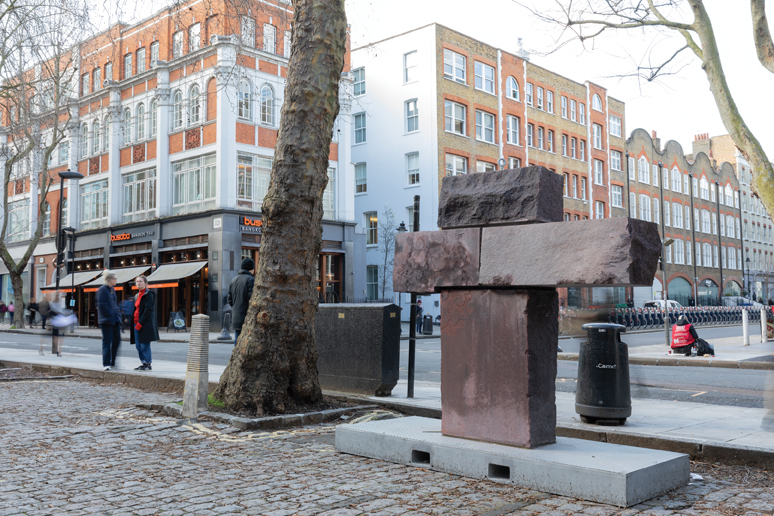 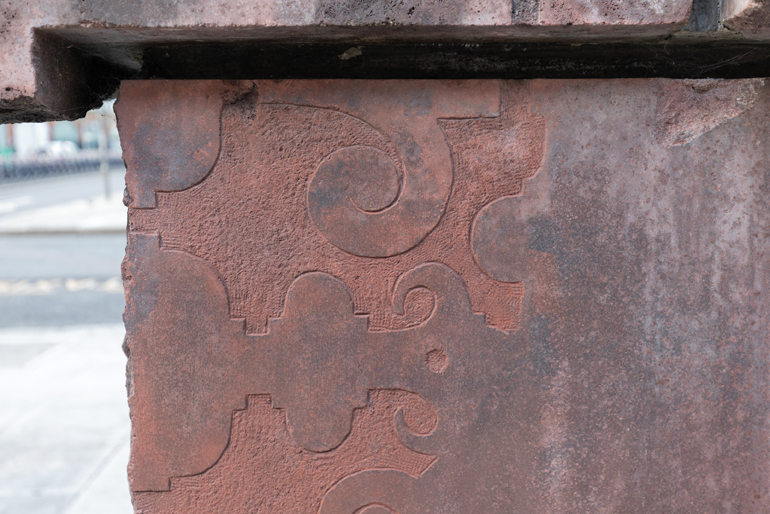 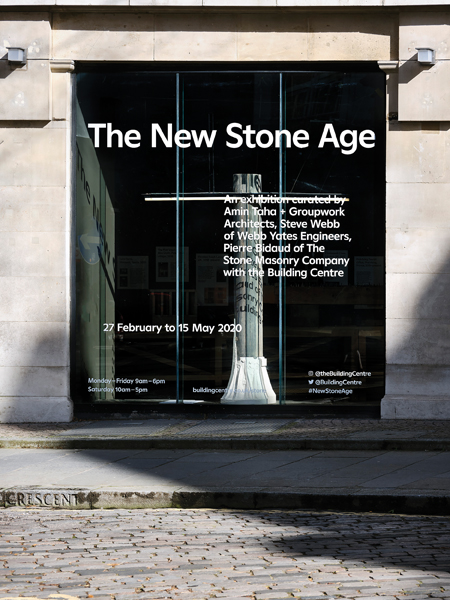 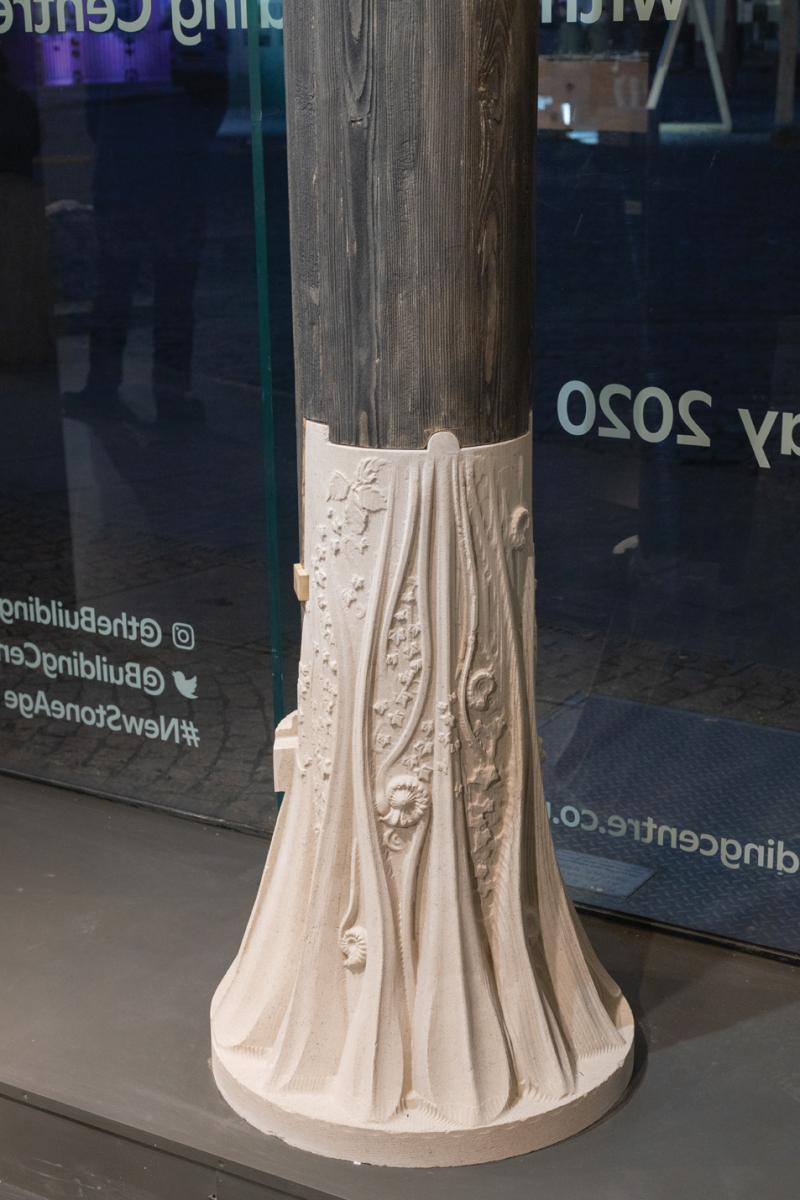 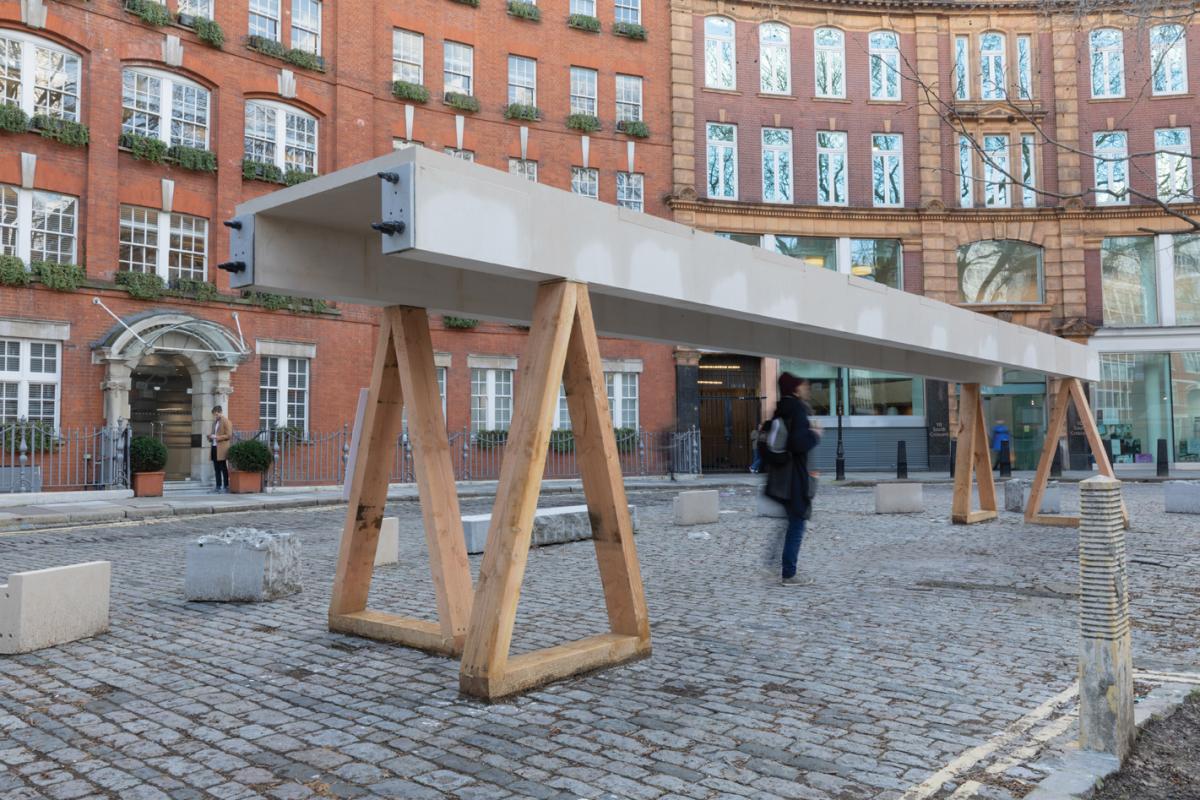