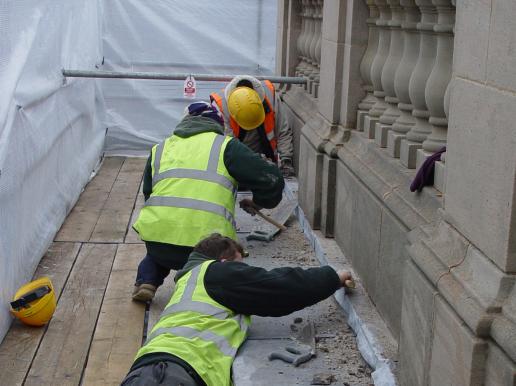 Construction activity increased considerably in the third quarter, according to the latest Purchasing Managers' Index figures.

The expansion came amid the sharpest rise in new business since before the pandemic-induced lockdown, with sentiment towards future activity being the strongest for seven months.

The headline seasonally adjusted IHS Markit/CIPS UK Construction Total Activity Index registered 56.8 in September, up from 54.6 in August. Any figure above 50 indicates growth. The latest reading pointed to an acceleration in the rate of activity growth and a sharp increase overall.

However, the underlying data revealed varied results across the three monitored sub-sectors. The strongest performing category was house building, where firms registered a sharp expansion in activity for the fourth month running. Work undertaken on commercial projects also rose strongly, increasing at the quickest pace for more than two years, while civil engineering activity fell for the second month running and at the sharpest rate since May.

New orders rose for the fourth time in as many months, with panellists continuing to mention a release of pent-up demand.

In line with the rise in new work, UK construction firms recorded another marked increase in purchasing at the end of third quarter. Moreover, the rate of growth accelerated to the fastest since October 2015.

Confidence in the 12-month business outlook was the strongest since February, with optimism supported by expectations of a sustained rise in new work.

Eliot Kerr, economist at IHS Markit, which compiles the survey, comments: "Following August’s slowdown, growth in UK construction activity rebounded strongly in September. There were faster increases in activity in both the housing and commercial sub-sectors, which more than offset a sharper decline in civil engineering work.

"Forward-looking indicators point to a sustained rise in activity, with new work increasing at the quickest pace since before the lockdown and sentiment towards the 12-month outlook at its strongest for seven months."

Duncan Brock, group director at the Chartered Institute of Procurement & Supply (CIPS), adds: "UK construction took off in September, soaring ahead of both the manufacturing and service sectors in terms of output growth, and recording the fastest rise in purchasing activity since October 2015."