Albion plays its part in encouraging more women into construction

About 80% of the UK population aged from 16 to 64 is employed, a higher proportion (and by far the greatest number) since records began in 1971. Roughly half of those people (47%) are women. But in the construction industry only 13% of employees are women•, the worst ratio in any sector of the economy in spite of its difficulty in finding enough people to fill its vacancies. In order to make the sector more attractive to women companies are being encouraged to invite the women they employ to talk about their experiences.

Like Portland stone company Albion's Stone Detailer, Yazmin Impson, who talks here about her experience in the predominantly male environment of the stone industry.

“I always had the idea of stonemasonry in the back of my mind since I tried lettercutting in school," she says. "I’m a very keen artist. I enjoy drawing, painting and creating clay sculptures, so with this and encouragement from my parents once I completed my Level 3 BTEC Diploma in Art & Design back in 2012 I enrolled on a level 2 banker masonry course at Weymouth college."

Weymouth is one of the few colleges in the UK that teaches stonemasonry and stone conservation.

"After one year full-time on the course my masonry skills were enough to be taken on as an apprentice stonemason at Albion Stone."

Albion stone mines Portland limestone on the Dorset island of Portland. It is an equal opportunities employer and encourages anyone who wants to work in the stone industry to do so. It says there are plenty of opportunities to grow and develop skills in mining, masonry, contracts management, stone detailing in the drawing office, estimating and much more.

"Since then I’ve gone on to win various competitions and I was also a national finalist in the UK SkillBuild competition in 2016.

"I can’t really say I’ve faced huge difficulties in this industry or at this company while working as a stonemason. I have always had huge support from my Apprentice Master and all the masons when working in the factory. If anything, I received more help! Everyone accepted me as they would any other young apprentice starting out. I never felt like didn’t fit in.

"I’ve always been that 'tomboy' type. I love football and other sports, gaming and so on. I think that’s helped me when working in the factory with the guys. I enjoy the banter between us all. You need to be able to have a laugh as well as respect each other.

"Since moving to the drawing office within the company four years ago - as a Stone Detailer you deal with customers and other stone companies direct - since then I have experienced a more unequal approach towards myself. I do believe people are less inclined to listen to me - even something as simple as not replying to my emails - because I’m a woman and because of my age.

"In this male dominated industry, it can be a struggle to be taken seriously. But I always receive great support from the guys I work with in the drawing office, especially my mentor, Steve.

"I’m learning all the time and gaining confidence as I go. I'm incredibly proud of myself for getting where I am today.

"I would say my aspirations for the future are to gain as much knowledge of the trade as I can over the oncoming years, to progress and become a well-respected woman in the industry and within the company.”

In January 2015, Women into Construction became an independent not-for-profit organisation, continuing to deliver the service it had developed on the Olympic Park. WIC provides advice and guidance, training, work placements and jobs for women interested in entering the construction industry, while meeting the needs of contractors and stakeholders to address skills shortages and create a more diverse workforce.

WIC focuses on large, public projects and is now expanding its delivery out of London to the industry nationally with representatives currently in Birmingham, Southend and Cambridge, as well as London.

•Figures from the Office for National Statistics. 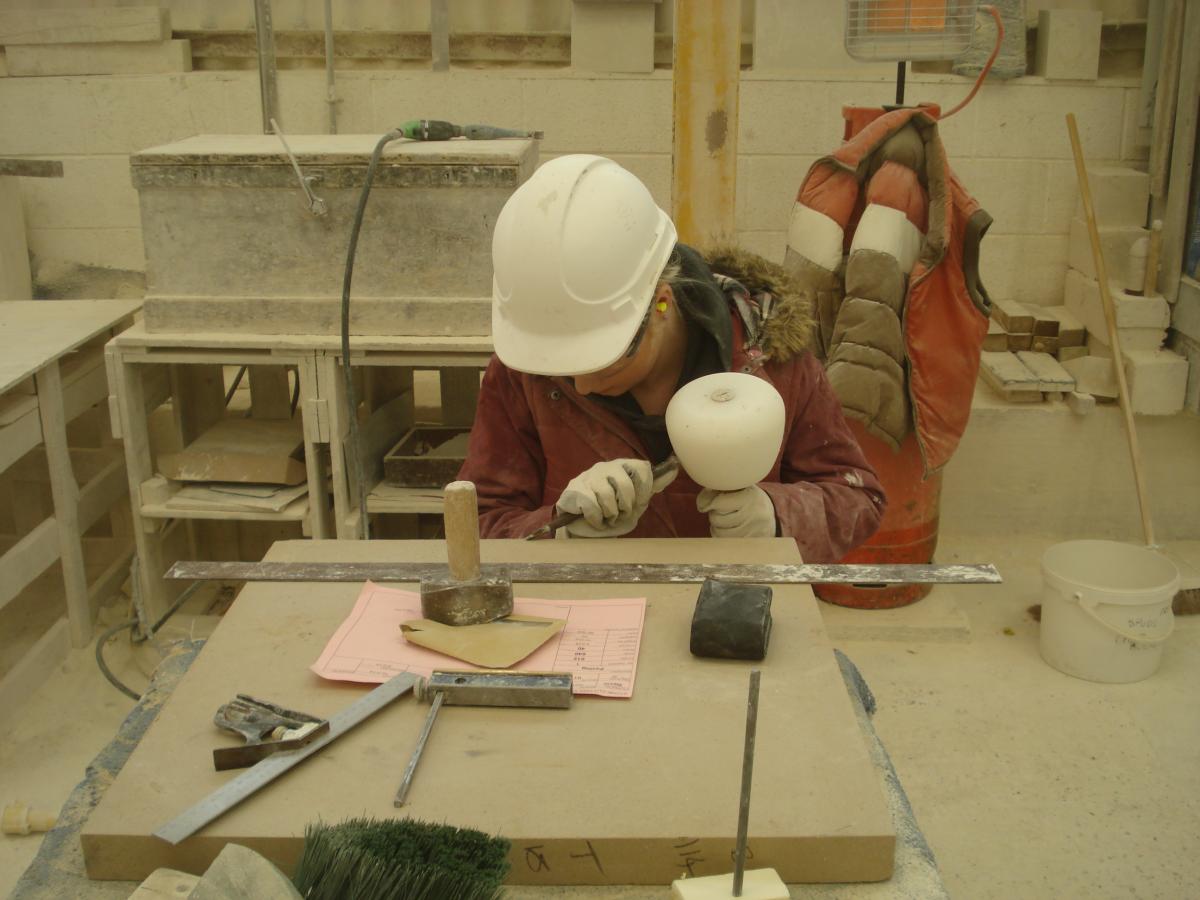 This is Yazmin when she was a stonemason. She now works in the drawing office.