Neo Granite, which last year doubled its production area by extending into a unit adjoining its factory in West Bromwich, Birmingham, has bought two kitchen worktop companies in the South of England.

Each acquisition is strategic, according to Marco Pernes, owner of Neo Granite. “We have a plan which includes true nationwide coverage. This can only be achieved by having the best people in the right place.

“We do not plan to be the biggest at what we do from one central location; this is not that type of industry. We have a team and an attitude that will continue to move forward, no matter what gets thrown at us.”

What was thrown at Neo Granite this year was, of course, Covid-19, and NeoGranite did shut for a month or so, and then started returning to work in May. Since then, production has increased rapidly.

Catching up with the backlog during the Lockdown has helped see sales go 25% ahead of last year’s figures, says Marco, although he says the company has also picked up a lot of new business, which he attributes to the speed at which Neo Granite meets customers’ needs.

When the new factory opened in West Bromwich last year with its CMS Brembana lines and Bovone edge polishers  automatically loaded by robots, it boasted of being the most technically advanced kitchen worktop fabricator in the UK.

At the time there were only four Brembana Sprint lines in the world and NeoGranite had two of them, helping to give it a production capacity of 500 worktops a week.

Before the new factory opened Neo Granite employed 24 people. It expected to take on another 12 with the expansion, including more templaters and fixers. The latest acquisitions have increased the number of people employed in the group to 60 and more are being recruited.

Without doubt The Neo Group brings an air of much needed optimism and entrepreneurial spirit to a market that needs as much positive energy as it can get.

Below. The Granite UK premises in Hoddesdon, Hertfordshire, that give NeoGranite a Southern manufacturing base. 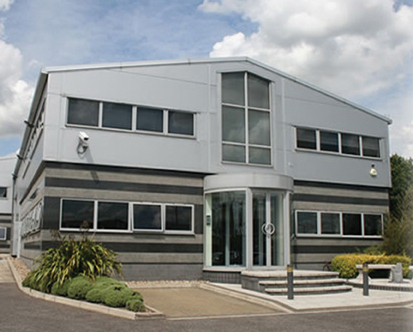