Cumbria Quarry Services, with three sandstone and two limestone quarries of its own and a major factory also processing block from other quarries, is ready to add sales both north into Scotland and south into more of England.

Behind the bunds and the perimeter tress, Bowscar Quarry has a minimal impact on the Lake District seen by the hundreds of thousands of tourists who visit the region each year. A fleeting look at the sign behind the moss covered dry stone walls bearing the name of Cumbria Quarrying Services is as much as most people will ever know about the company that operates there.

But Cumbria Quarrying Services (CQS) is an entrepreneurial enterprise that is ready to raise its profile and offer its stones and services to a wider audience, north and south of the lakes.

Bowscar Quarry is one of five (three sandstone and two limestone) from which Cumbria Quarrying Services (CQS) extracts stone. The blocks from all of them are brought to Bowscar to be sawn on the two BM monoblade primaries and worked into products for building and architecture, hard landscaping, interiors and bespoke masonry and sculpture in the company’s 1,000m2 factory workshop with its various GMM saws and workcentres and its walling line with a Steinex splitter.

It is not only stone from the company’s own quarries that are processed in the factory, either. CQS is happy enough to work any British stones that its growing client base might want – and the client base ranges from self-builders and dry stone wallers to contractors working on major commercial projects.

The company is called Cumbria Quarrying Services because when Alan Hamilton and his wife Sharon formed it in 2005 it was to offer quarrying services to other companies and block and walling to contractors and builders.

It did not take Alan long to start operating his own quarries. Two years, in fact. The opportunity arose first to lease and then to acquire the dormant Bowscar Quarry and he took it.

Like a lot of abandoned quarries, it had been left in a bit of a mess, partially back filled with waste from the quarrying activities. The stone reserves were generally believed to have been exhausted. But Alan, having worked in Cumbrian quarries since leaving school, knew better. It took him three years to get it up and running in between managing his quarrying services business, but he was content to be patient.

The reason he was so confident of the quarry’s potential stemmed from his time with Cumbria Stone Quarries, which was taken over by Stancliffe shortly after he joined it straight from school in 1996. Later, Stancliffe was taken over by hard landscaping giant Marshalls, with its quarries and plant eventually being absorbed completely into Marshalls.

After Alan left Marshalls to start his own business, Marshalls was happy to use his services to extract stone from its Fletcher Bank Quarry in Lancashire.

The sales of block to masons and walling to builders from Bowscar was a useful additional string to his bow in the aftermath of the financial crash of 2008/09.

The opportunity to re-open Bowscar, with its red Lazonby sandstone, came about through Alan’s local knowledge – not least of which was knowing the landowner.

He says he was laughed at for taking on the 10-acre site that others thought was exhausted, but because of his background he knew the site had potential, even if others did not recognise that. And the fact nobody else could see the potential meant he was not bidding against anyone else to take over the site. Thanks to his quarrying services business he already had all the equipment he needed (mostly Volvo) to extract the stone.

“There’s a knack in quarrying Lazonby,” says Alan. “I knew there was stone here.” And fine stone it is, too, in large, consolidated blocks that are ideal for processing as masonry and paving. With  four more acres of consented reserves to move into, there is also a guaranteed ongoing supply.

As CQS became established as a quarry operator, the opportunity arose to take over Rooks Quarry, with its Salterwath limestone, and Pickering Quarry, with its Orton Scar limestone, which, as well as a building stone, is supplied as headstones to the Commonwealth War Graves Commission.

CQS was already contracted to extract stone from these quarries and Alan was asked if he wanted to take over the whole operation, which he was happy to do.

CQS operates two other sandstone quarries, one a neighbour of Bowscar bought from Mike Dixon when he retired. It is a source of Red Rock roofing slate. Alan has been talking to Historic England about supplying the roofing for heritage work, which Historic England is keen to develop.

The fifth quarry he works is Lambhill, with its fine grained, textured sandstone, buff coloured with a silver heart ideal for paving, walling, masonry and cladding. And as well as the blocks bought in from other operators, Alan would like to add two more quarries to his own portfolio to smooth the level of workflow through his factory.

The factory building itself was a major development for the company, built four years ago when Alan bought Bowscar quarry rather than leasing it. Part of it is a workshop for maintenance of the quarrying plant, which is used to work the five quarries on a campaign basis, extracting stone as required.

Big though the building is, workshops never seem large enough for long and plans are already underway to extend the building. Eventually it will be double its present size, accommodating more machinery to work alongside the GMMs – a 2m Diama, an Axia, a five axes Litox and a  small Euro.

CQS has also lately incorporated Alphacam CAD/CAM software to maximise the functionality of its CNC machinery.

Alan is as involved in the day to day running of his business as he ever has been, these days assisted by various members of his family, including his brother Richard, daughter Olivia and sons-in-law Adam Main and Grant Davidson, as well as his wife. There are also five other people employed in the business, so it now employs four times more people than it did before the factory was built. Between them all, there are many decades of experience in the stone industry.

Alan is keen to keep the business as a family concern. He says: “It’s good to have the family in the business – it’s their futures. We don’t answer to a boardroom full of investors and directors and we only have to concern ourselves with one person – the customer. It is this freedom of running the business on our own terms that ensures we offer only the very best service.”

Having developed into a major presence in the British stone industry, Alan is now keen to become more involved in promoting the use of British stone.

So far he has been content to work with stone specialists and builders, but now he wants to reach out to more architects, developers and clients to promote the ecological, environmental and social benefits of using British materials in the UK. 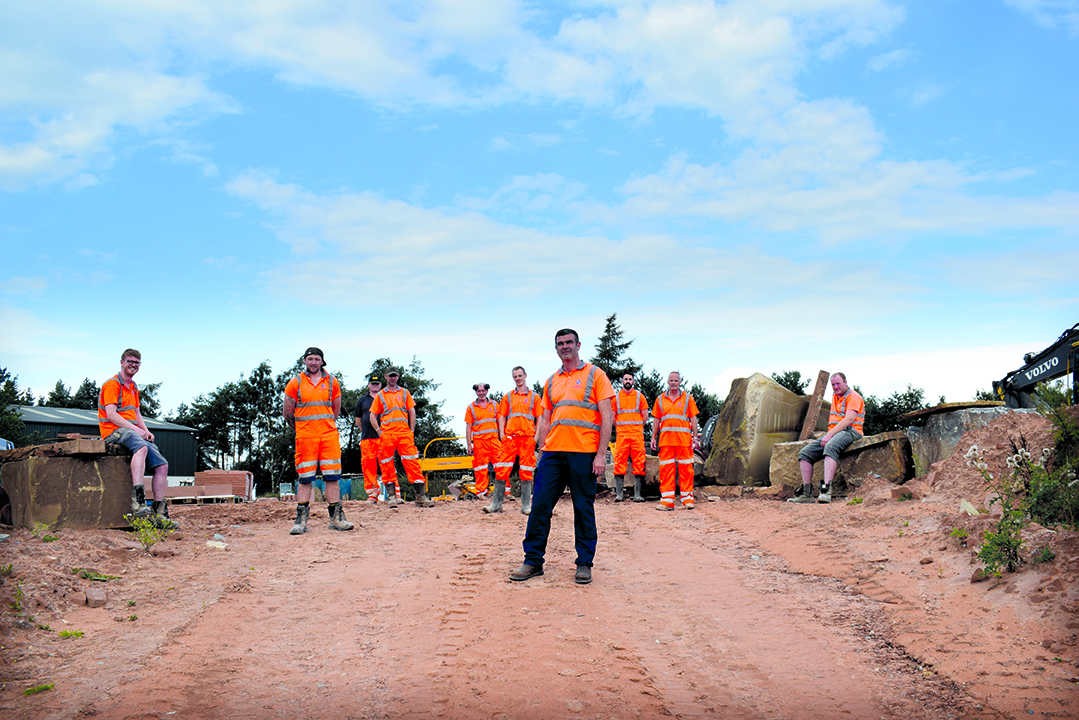 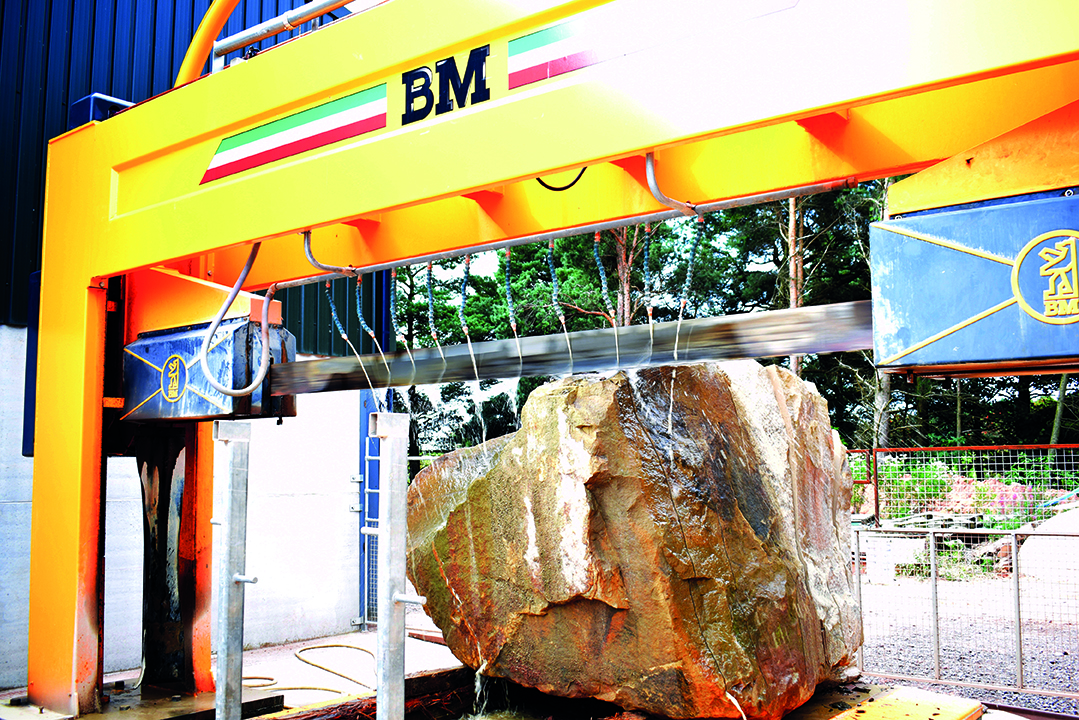 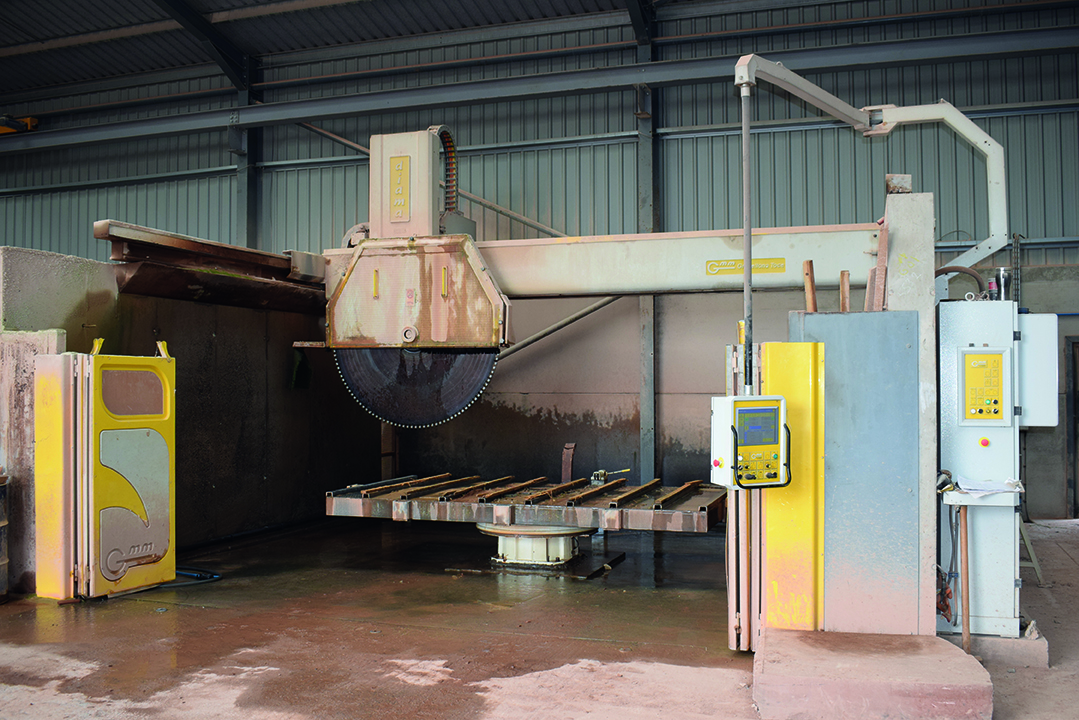 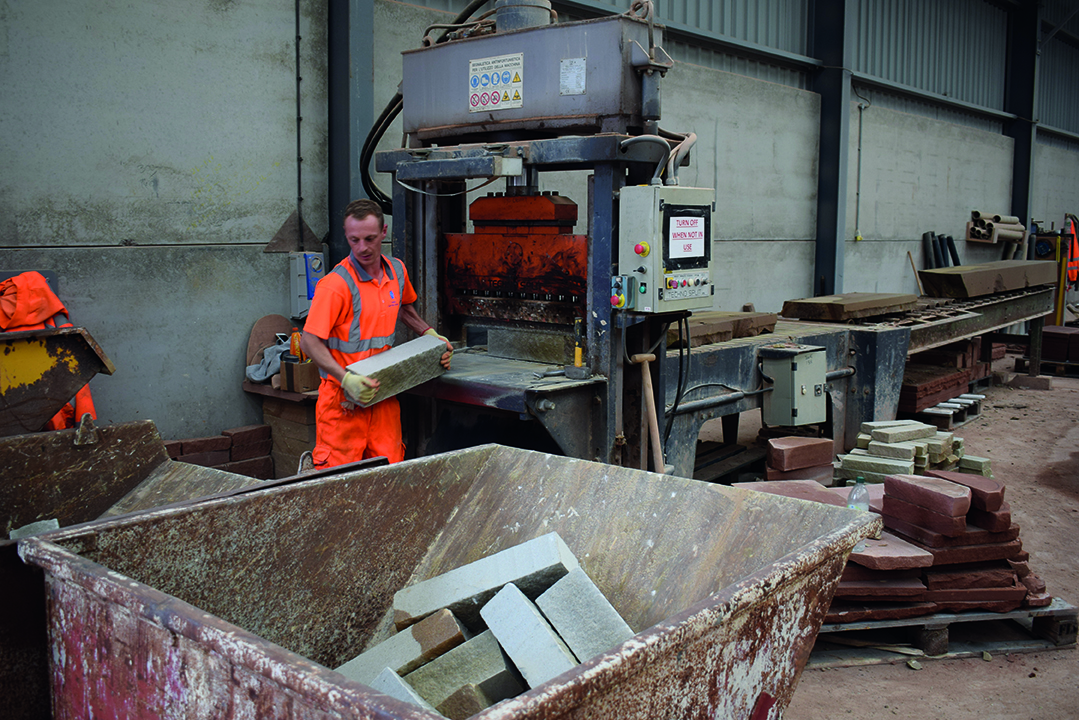 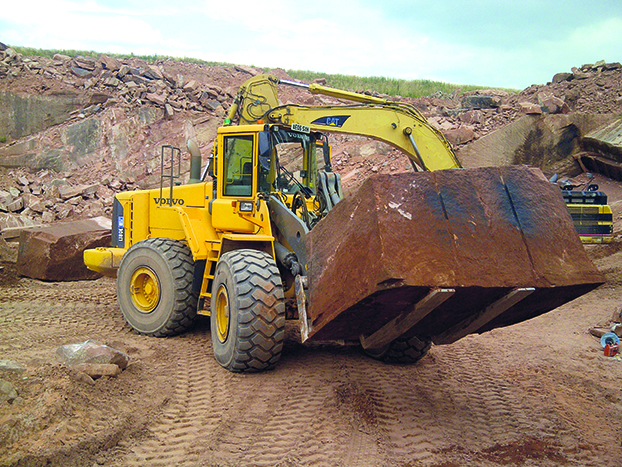 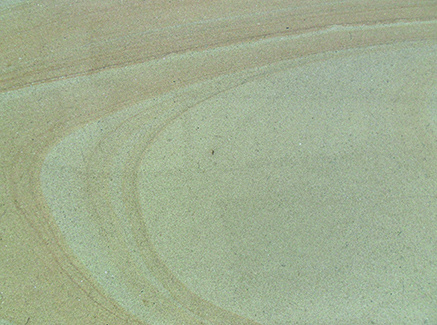 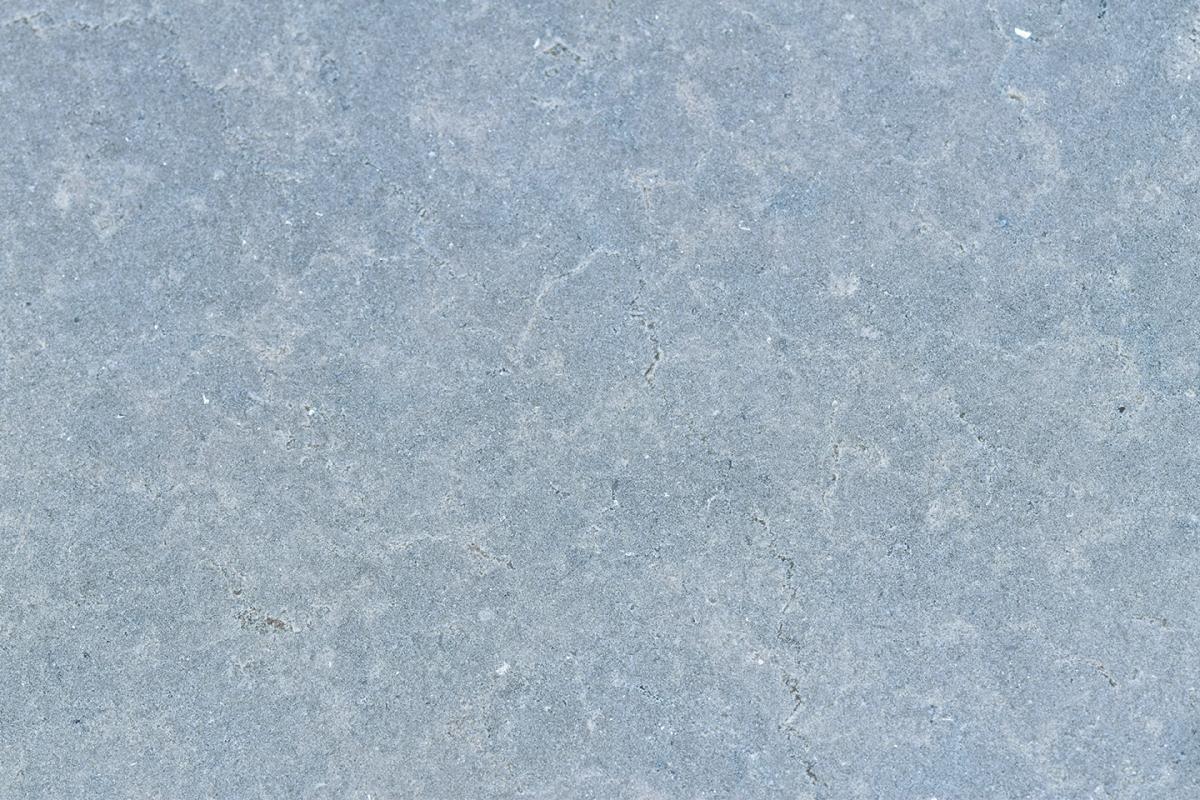 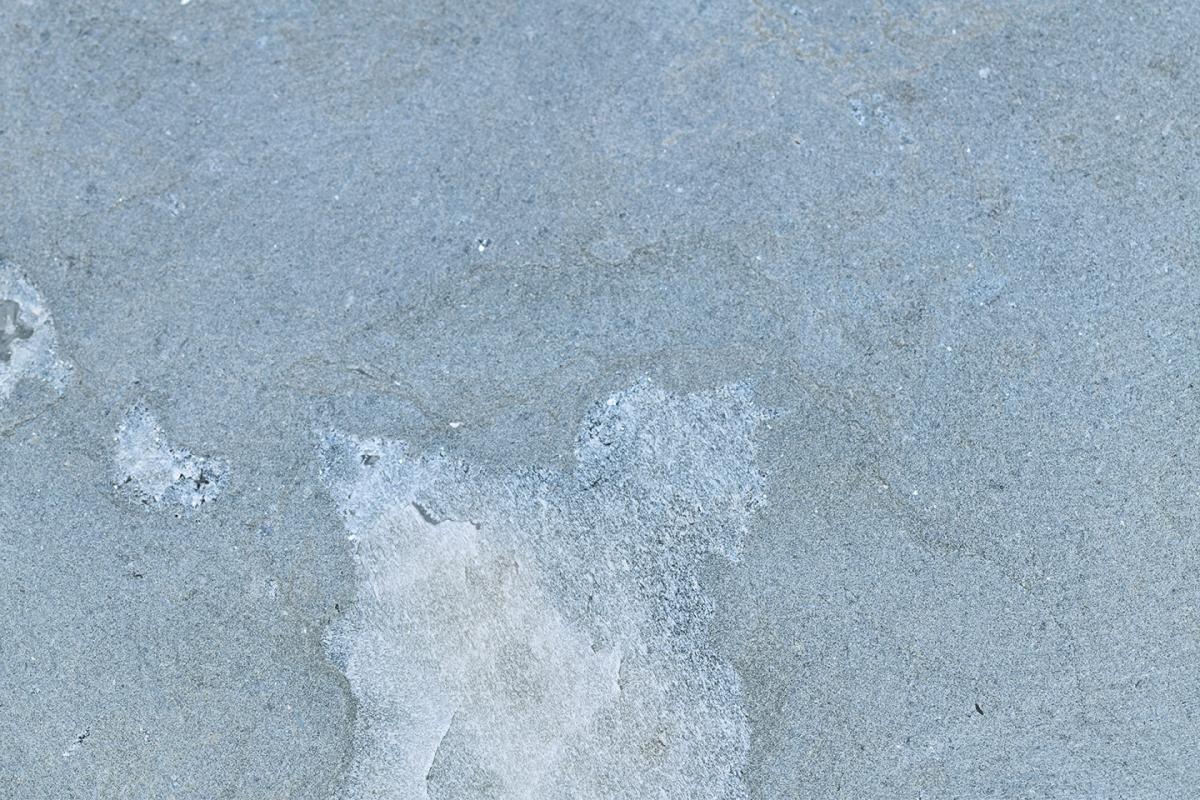 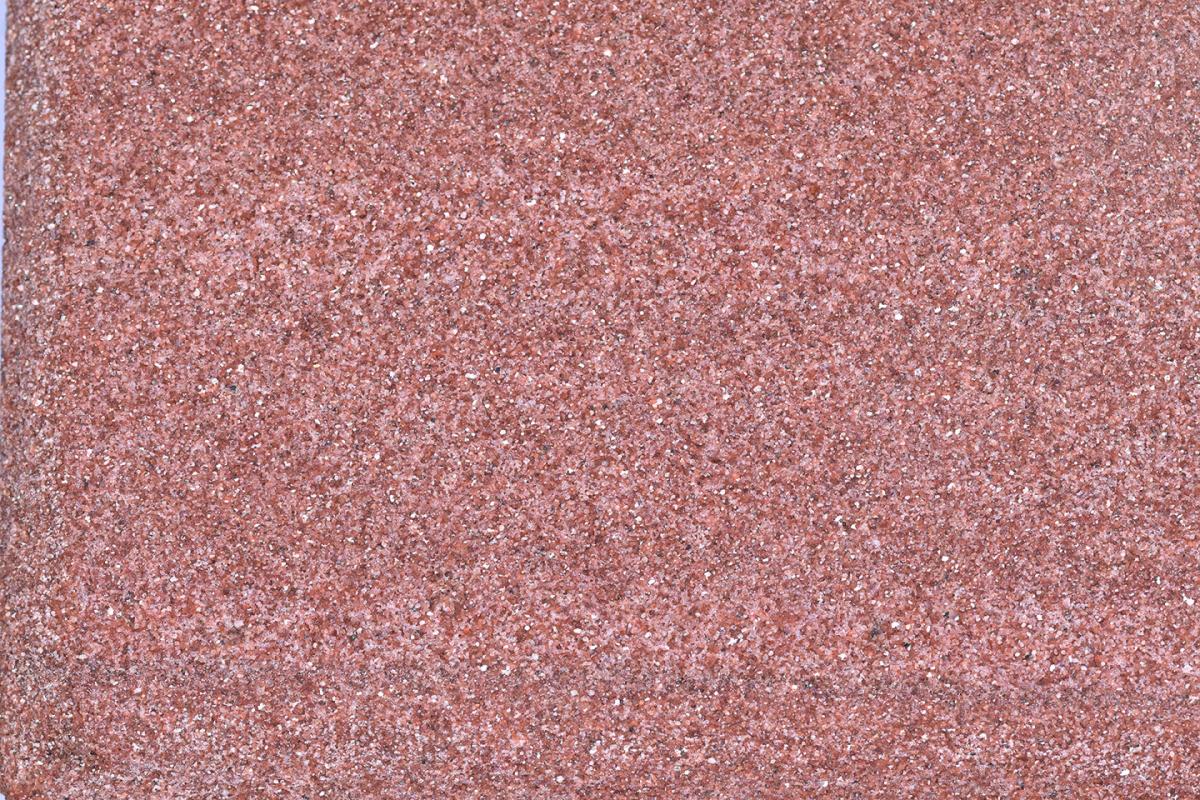