If you’re going to build apartments that make the most of the UNESCO World Heritage Site of the Jurassic Coast on the island of Portland in Dorset it’s just as well to use some of the island’s plentiful supply of Jurassic limestone.

Externally, Portland limestone from Albion’s Jordan’s mine just minutes away from the Pennsylvania Castle Estate has been used to build walls that fit attractively into the landscape, complementing the cliffs below them and giving visitors a chance to see fossils in the stone at close range. The stone was selected specifically for its fossil content.

The lodges are wrapped in copper between the Portland stone walls, chosen because copper is found on the island in a quarry opposite the estate. The copper-wrapped lodges and the walls of Portland limestone that separate them are almost invisible from the sea and will retreat even more into the natural landscape as they weather and plants grow.

Inside, reception rooms, bathrooms and kitchens bring together timber and more Portland stone that flows through into the hand planted cliff-edge gardens.

Most of the Portland stone used on the internal walls is Grove Whitbed, with about 25% of Jordan’s Basebed providing a clean, smooth contrast to the fossil-rich characteristics of the Whitbed.

All together, Albion supplied around 300m2 of split faced walling for the external walls, with pitched quoins curved on plan with window and door dressings. The internal walls are clad with 20mm thick stone tiles in random lengths laid in bands, 180m2 of Grove Whitbed and 125m2 of Jordans Basebed. Albion also supplied Gabion walling.

Bespoke fireplaces have been designed for visual impact as well as warmth, although there is also underfloor heating, for which stone floors are a perfect complement.

Albion supplied and fixed the Portland stonework for the project. It was worked at the company’s factory, about a mile from both the mine it came from and the lodges, so it travelled no more than two miles in total.

As up to 30% of the power for the factory is generated by photovoltaic cells on the roof, the stone on this project probably has the smallest carbon footprint of any 21st century comparable project in the UK.

Albion Stone prides itself on its environmental performance and its work on innovative projects. And it is especially pleased when it can contribute to developments on the island from which the stone is extract-ed. An earlier example of its contribution can be seen at Fortuneswell, where the stone was used as an equally challenging and groundbreaking contribution for the 2012 Olympics, providing facilities for the sail-ing events to take place in the seas around the island. 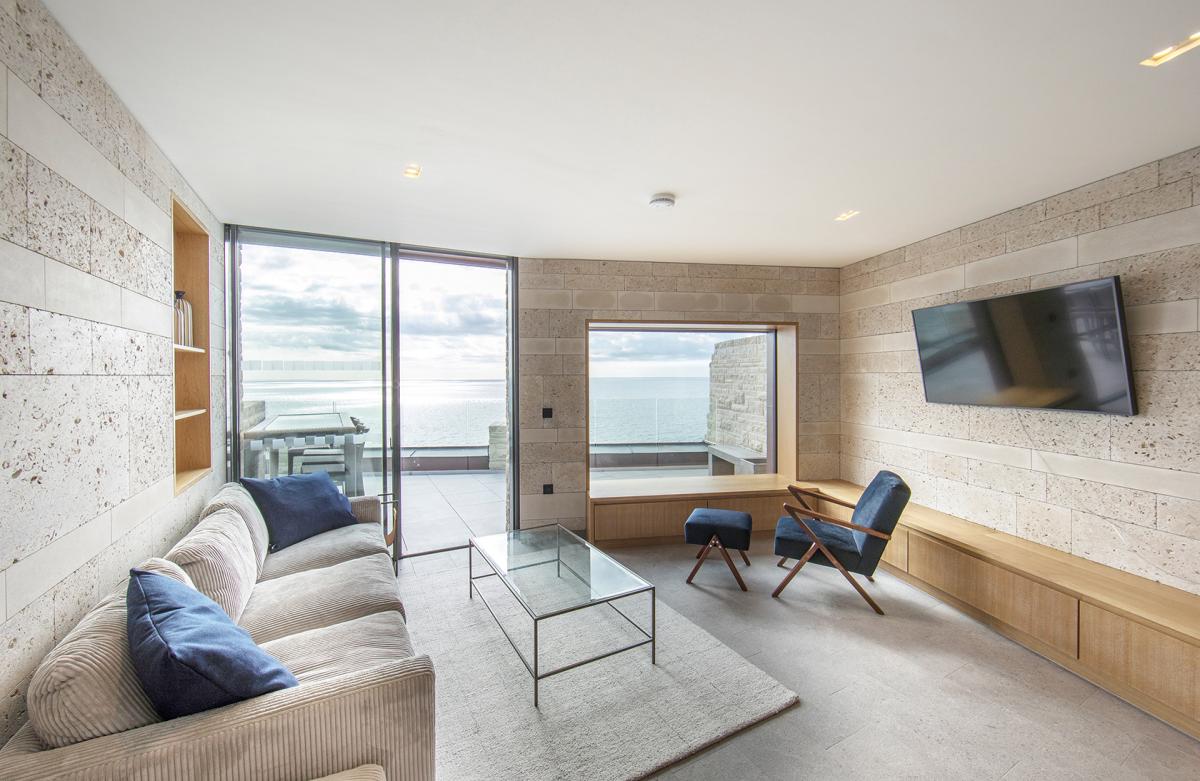 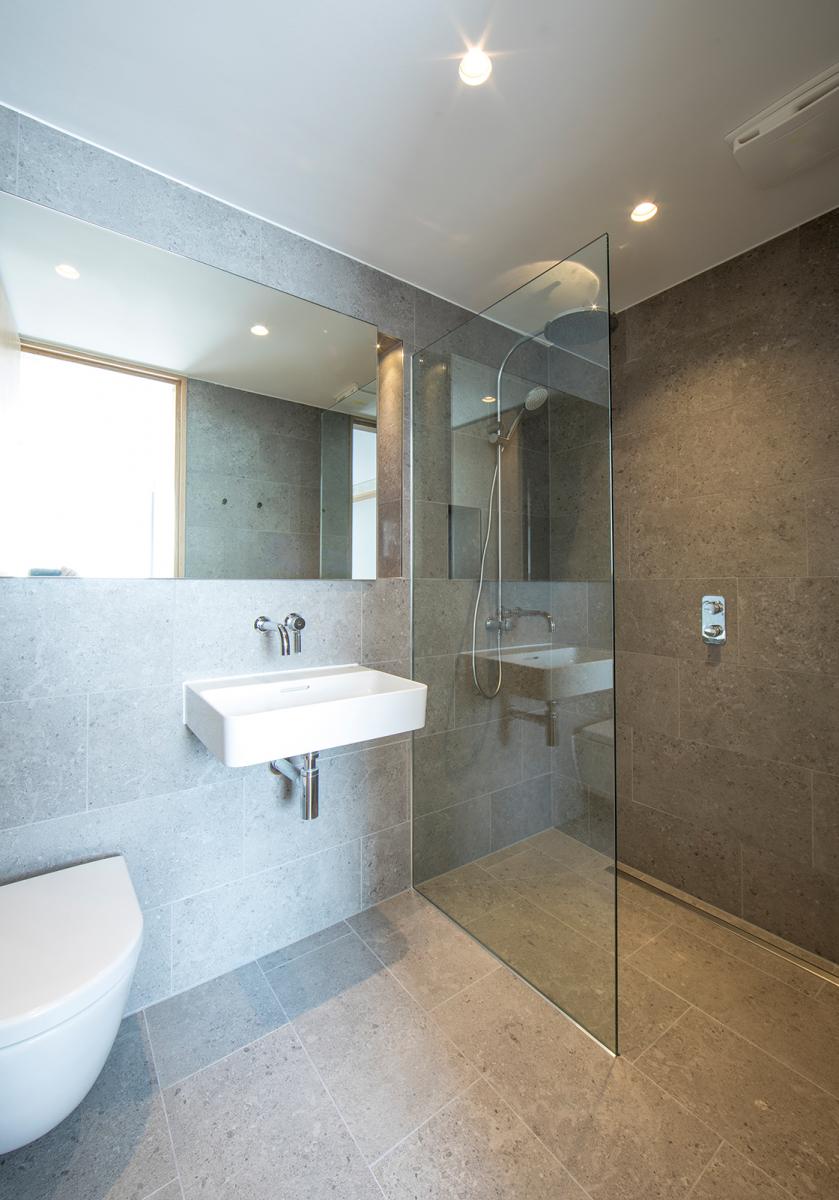