Fox Marble, the London Stock Exchange AIM-quoted company extracting and processing marble from Kosovo and the Balkans, has acquired Dubai company Gulf Marble, which it partnered to quarry the famous white and grey Sivec marble of Macedonia.

The marble has been used over the centuries for sculpture and the grandest Roman palaces, as well as for modern building projects in China, India, and Australia.

Chris Gilbert, Fox CEO, says: “Our arrangements afforded us the unique opportunity to not only acquire the rights to a white marble quarry containing the world famous white from the Prilep region of Macedonia but to develop the quarry to commercial standards.

"Our joint venture partners, Gulf Marble, have been instrumental in achieving this and we are grateful to them for helping us reach this goal. We look forward to seeing the benefits of our increased participation in the Prilep Alpha quarry feeding through to the bottom line going forward from our activities in Macedonia.”

Running in a crescent towards the north eastern side of the Pelagonia region of Macedonia, the white marble mass is some 50km long and up to 2.5km wide in places. It has been estimated by geologists to be more than 800m deep. Both the dolomitic white and the greyer calcitic marbles have been extracted for at least two millennia.

Overlain in places by later deposits and subject to faulting and other tectonic activity, marble outcrops from this mass run from close to the village of Nebrogovo, 10km north of Prilep, south-eastwards towards the village of Vitolishte near the Greek border.

The north-west of the crescent is dominated by the Sivec pass. At 979m it cuts through the marble mass and since the late 1940s has given its name to much of the region’s white marble output. It is perhaps ironic that the name Sivec probably derives from the Slavic for grey, ‘Siv’. It describes the harsh weathered stone of the pass and the area about it rather than the white marble that lies below the surface.

From the late 1940s to the collapse of Yugoslavia, the area either side of the Sivec pass was quarried for its white marble by a state monopoly. In the late 1990s the new state of Macedonia decided both to privatise its inherited state dimension stone asset and encourage competition by expanding the exploitation of the white marble reserves known to lie largely untouched further along the crescent.

The predominantly white marble from the region is now sold under a variety of names such as Alexandrian, Polaris and Sivec.

Fox Marble’s Alexandrian marble comes from its Prilep Alpha quarry, which is one of a small cluster of quarries, including those of the former state monopoly, at the north-western end of the crescent, overlooked by the Sivec pass. It is a fine-grained sculpture grade marble.

You can find out more about it on the Fox Marble website at www.foxmarble.net/white-collection. 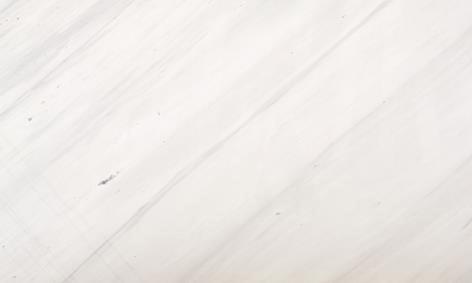