There is not a lot of natural stone in the fabric of the spectacular new V&A Museum of Design in Dundee, the first project in the UK by Japanese architect Kengo Kuma. It is concrete, steel and glass. But there are acres of stone around the building and on some of the floors inside.

Hardscape also won the contract to supply the 1,200m2 of stone for the interior floors. The company is best known as a hard landscaping supplier, although Aidan says he is trying to get more internal flooring work. As Kilkenny Limestone was chosen for the floor and Hardscape supply it in the UK, it is understandable that te company was involved.

Hardscape also supplied a variety of materials for the 6,000m2 of hard landscaping at the new V&A Museum. The majority was its Kobra Chinese granite in various forms. The paving consists of 300mm wide units in various lengths to give a plank-like feature. The setts are 147mm x 300mm to allow them to work dimensionally with the 300mm wide planks.

There are also numerous benches in honed Kobra granite across the site.

The most complicated part of the scheme was the detail required around the water feature’s. There are three of them, involving a corduroy tactile element, a cladding facing piece, and a coping. Joints all had to line up on a radius. Hardscape was responsible for the detailing of more than 600 individual stones in each of the water features.

The company also continued a palette of materials it had supplied to the earlier Slessor Gardens phase of work at Dundee Waterfront. This included a three granite blend in the carriageway, comprising Pheno Grey, Jinan Blue, and Teezal granite.

Hardscape supplied tiling to the Museum itself. These are 300mm wide Carlow Blue Limestone planks specified to tie the internal and external schemes together.

The landscape architect at the V&A was Open (optimised environments) in Edinburgh and the stone was laid by civil engineer Careys at a cracking speed of up to 70-80m2 a day by two teams.

The V&A is part of a £1billion regeneration of this area of the River Tay, including the Slessor Gardens opposite. 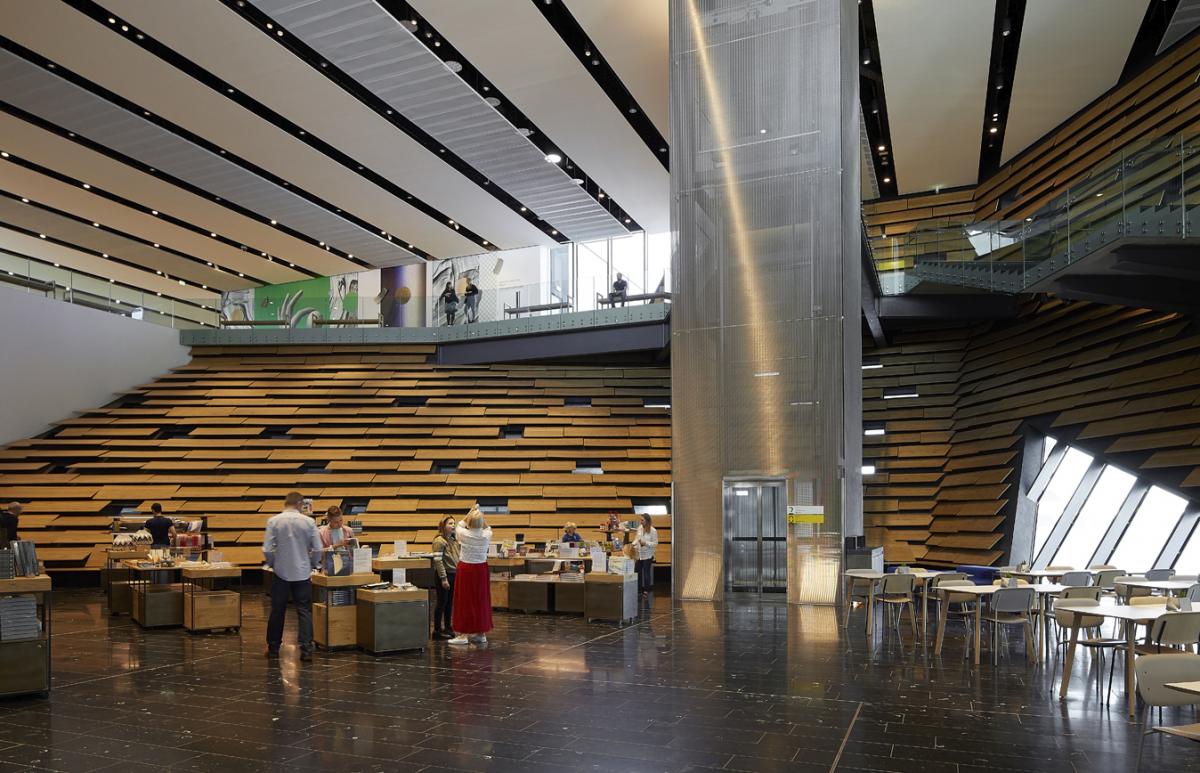