One of the UK's leading worktop companies, J Rotherham Masonry Ltd in Yorkshire, has gone into Administration.

Howard Smith and David Costley-Wood from KPMG have been appointed joint administrators and are looking for a buyer for the company, which also makes fireplaces and stone tiling and cladding for buildings.

Dating back to 1927, what became J Rotherham Masonry Ltd, incorporated in 1987, served a large trade client base but, due to cash flow issues, appointed administrators on 3 February after it was unable to meet its financial obligations. It lost a major contract with Wren kitchens ahead of the appointment of the Administrators.

There are 205 employees who have been made redundant at the company's head office at Holme-on-Spalding Moor and manufacturing facility at Market Weighton, with 25 back office and production roles retained to support the administration process and complete existing orders while a buyer is sought for the business and its assets, which include some of the latest robotics and CNC machinery in its workshops. It was always at the forefront of technology advances, being an early adopter of CNC machinery and one of the first stone companies to install a robot arm for carving. It played an important role in the development of the software used for controlling robot arms in stone working.

In 2015, Joe Rotherham handed over the running of the business to his son, Matt Rotherham, who become managing director, having previously been commercial director. He was the fourth generation of his family to head the business.

Joe said as he handed over to his son: “To stay successful, you need people who want to push the boundaries forward and it is these individuals, such as Matt, who need to operate at the very top level.”

In May 2018 Mrs Elizabeth Louise Kaplan, head of finance at ilke Homes, was appointed as financial director of J Rotherham. She resigned as a director in November last year. J Rotherham Masonry's latest annual report, for the year ending April 2018, shows a pre-tax profit of £900,774 on turnover of £31.4million.

Mrs Kaplan wrote in the annual report on behalf of the board that: "In order for the Company to continually promote itself within the current market place and in order for our pricing to remain competitive we have continued to invest in new plant and equipment in order to improve turnaround times and quality. To accommodate new machinery, during the financial year the company completed the first phase in a plant expansion plan, which added an additional 18,000 square feet.

"Monitoring the demand for materials and products as well as monitoring prices is a key part of our business. This, coupled with ensuring continued levels of stock are maintained by reviewing delivery lead times, will enable us to continue our growth in the overall market."

Howard Smith, joint administrator and associate partner at KPMG, said this month: “J Rotherham has been delivering high quality stonemasonry for more than four generations and has consistently invested in its manufacturing processes throughout its history.

“While rising cost pressures and challenging trading conditions have led to the difficult decision of appointing administrators, it remains highly regarded by its peers and customers. As such, we are actively discussing the future of the business with a number of interested parties and hope to secure a positive outcome that will maintain the business in the area.”

Below. Joe Rotherham and his daughter Anna in front of one of the J Rotherham Masonry fireplaces in the company's showroom at its headquarters in Holme-on-Spalding Moor in 2008. 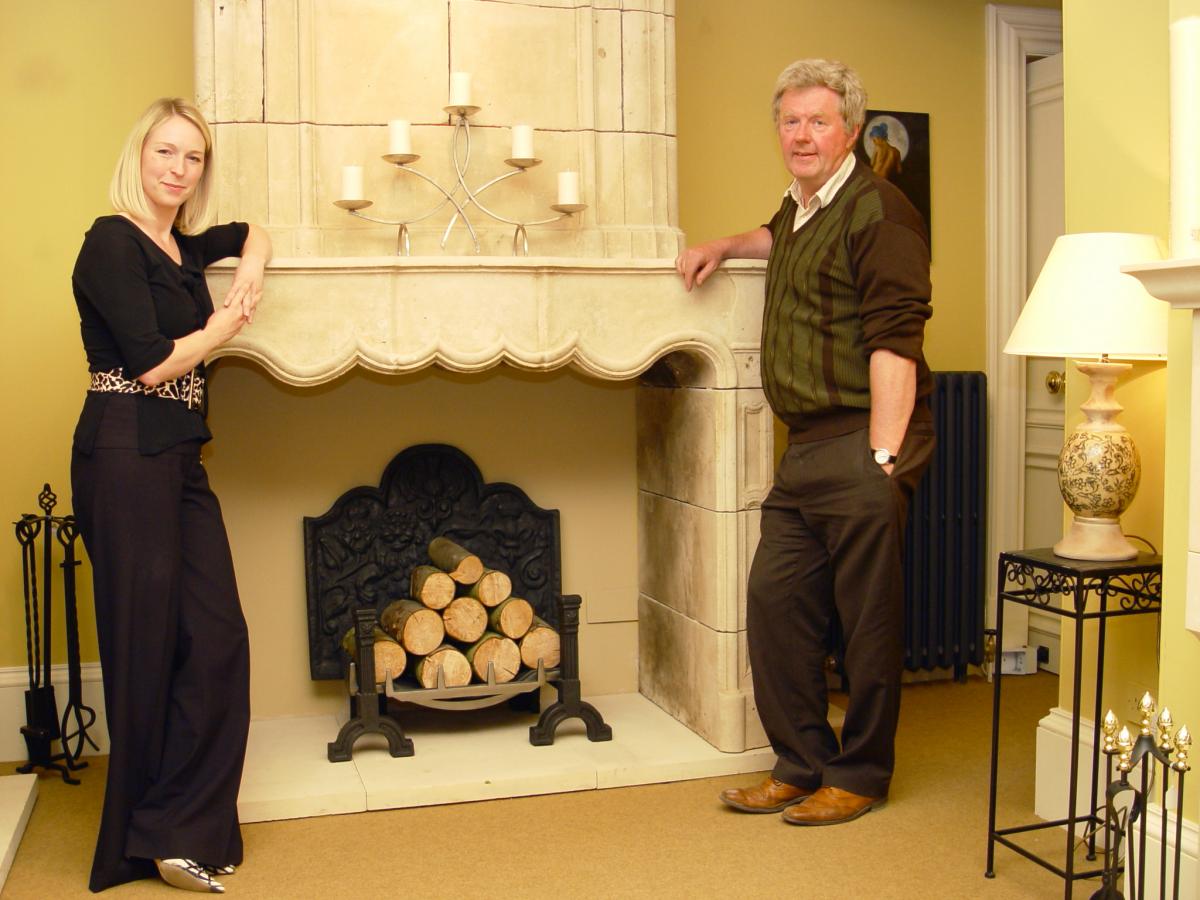