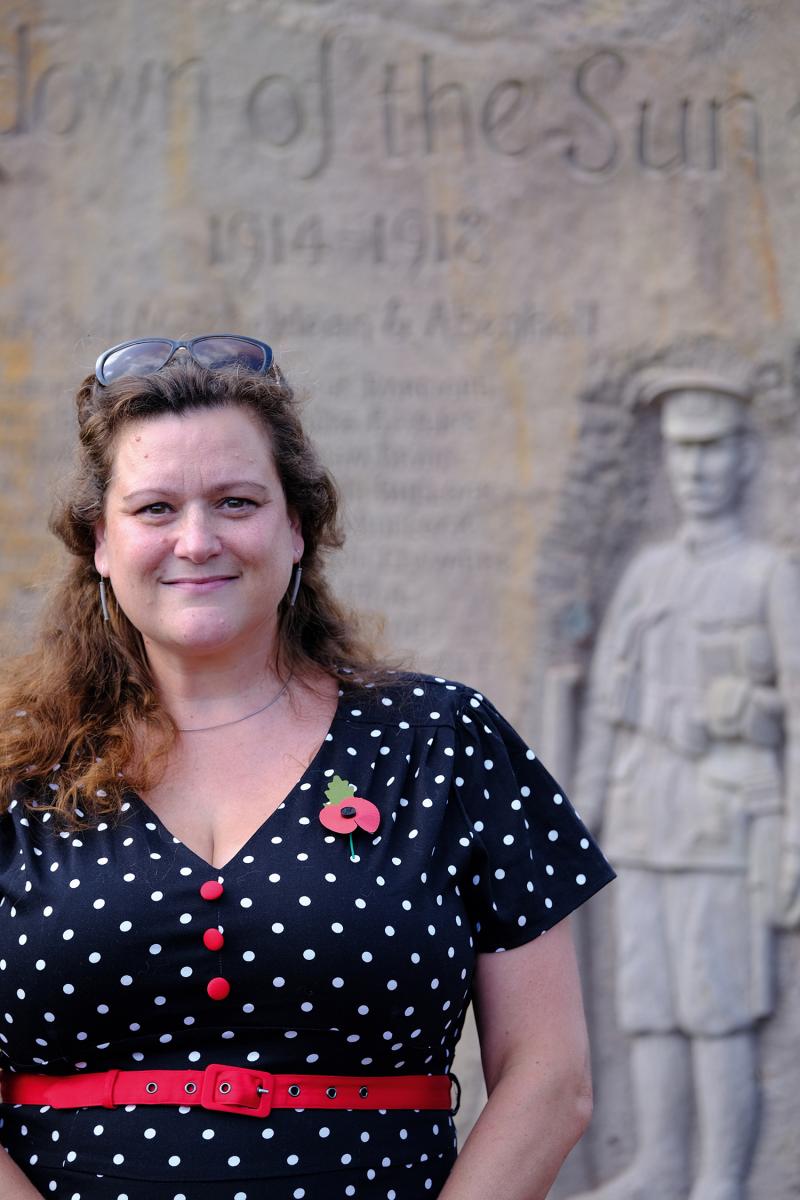 On 15 September Mitcheldean and Abenhall in Gloucestershire finally got their war memorial. It was carved in Forest of Dean sandstone by Carrie Horwood, of Cat’s Eye Carving in nearby Lydney. She concedes the unveiling was an emotional moment for her as well as for the villagers and guests who came to witness the ceremony.

The Second World War carving is precise, reproduced using a grid on a side of the stone that is sawn, reflecting the greater level of mechanisation in WWII, while the WWI soldier is carved freehand on the stone’s natural surface, more appropriate to the lower level of automation earlier in the 20th century.

Both are depictions of actual people taken from photographs of them in their uniforms. Harold Edwards is the WWII soldier , while on the WWI side is moustachioed George Hyett. Carrie says: “It was touching when George’s niece told me that the white house in the right corner [of the site where the memorial is erected] is where he lived and that it was like he had come back.”

Carrie’s commission to carve the memorial goes back to the autumn of 2018, when she was approached by Mitcheldean Parish Council and asked to produce a design for a memorial.

In August 2019 the design was accepted and Carrie tried to get some Wilderness Quarry old red sandstone, but the quarry was not open at the time and she chose a block of Forest of Dean sandstone from Barnhill Quarry instead.

She says: “It has beautiful green, lilac, red and amber ochre colours running through it as well as indentations of the fossilised tree bark from its origins. I chose the stone for its natural primitive surface, which in my mind represents the First World War. The side I will be carving the Second World War names, dedication and soldier on is sawn but not dressed. This to me is representative of the Second World War.”

The stone is 1.2m wide and 2.5m high. It varies in thickness because it is a natural block of stone sawn on one face only, but it averages about 300mm. It is a monolith with about 1.8m of the finished memorial standing out of the ground. The carvings of the soldiers are a metre high. The inscriptions on either side start with “At the going down of the sun...’ on the WWI side and on the WWII side ‘...and in the morning we will remember them’. There are the names of the 55 people from the area who lost their lives in the wars.

It was not originally intended that the stone would take two years to set in place, but then nobody was anticipating the disruption caused by Covid-19.

Carrie shut down, like the rest of the country, although only until 14 April last year. Because of the restrictions on gatherings, the unveiling date was postponed. It had been re-scheduled for Easter this year, but Carrie broke a bone in her elbow when she fell down a slope last October. She was unable to work for six weeks and had to regain her strength after that, so the unveiling was put back to Battle of Britain Day (15 September), which had been the originally planned unveiling day a year earlier.

Carrie is grateful to Reid Lifting for sponsoring her with the loan of a gantry to hold the stone upright while she carved it and for lifting the stone on to it, although that had its problems because the stone was too heavy for the original crane and gantry and a three-tonne gantry had to be replaced with a five-tonner.

Donations to help pay for the memorial included £500 from the Worshipful Company of Masons’ Livery Company and £400 from year six of Mitcheldean Primary School. Children from the school were among those who attended the unveiling.

The picture below shows the unveiling and the picture at the bottom shows Carrie holding her design for the memorial with the stone when it first arrived at her studio. 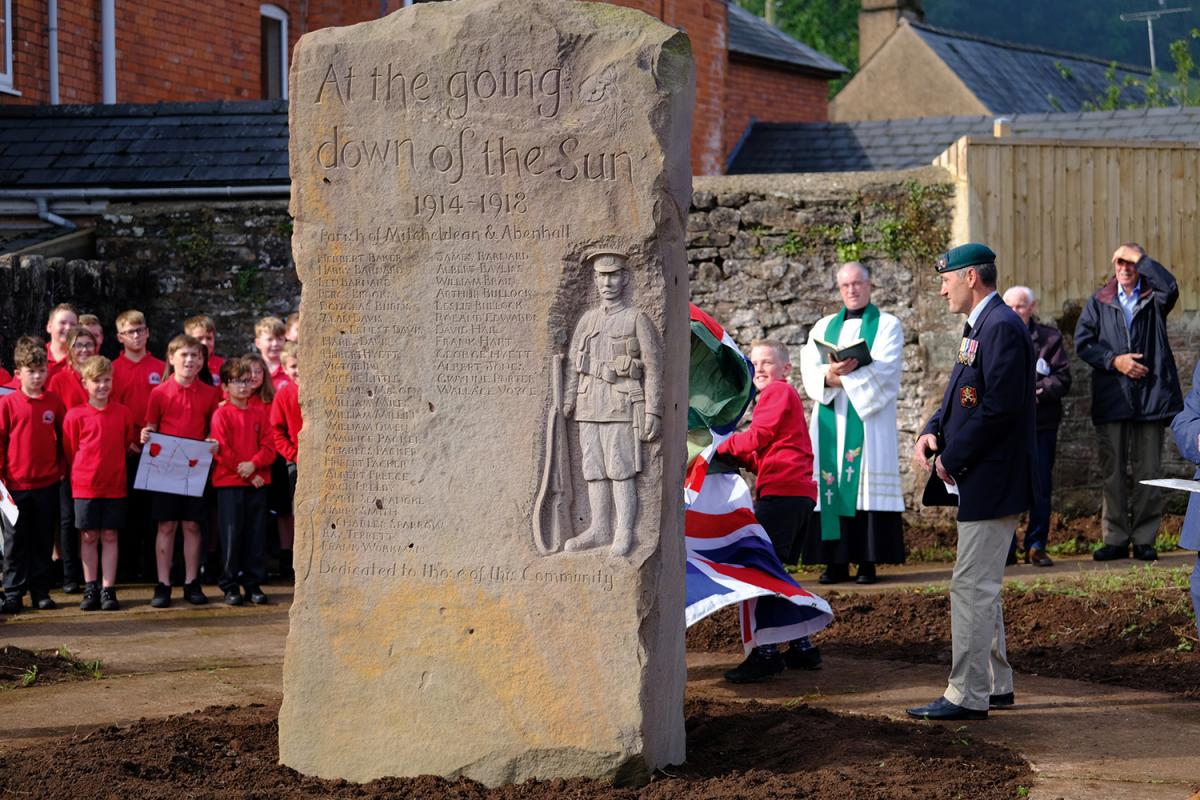 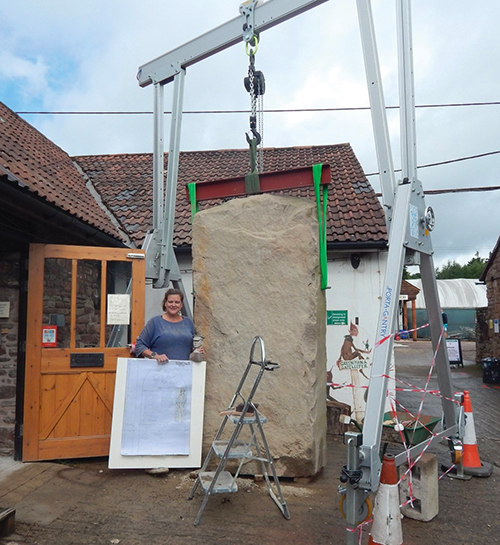