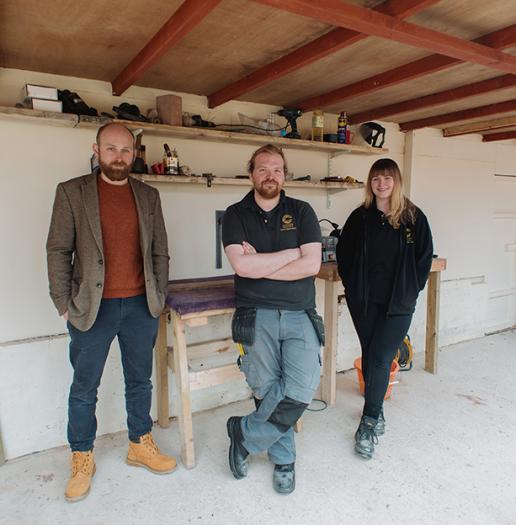 Tom Livingstone is now Resident Stonemason at Chester Cathedral, having joined the Cathedral team to help establish its own stonemasonry department. The Banker shop in the Works Yard is now fully functioning, turning out complex masonry components and preparing for the first phase of a five-year plan that will see the south side aisles scaffolded, detrimental cement pointing removed and failing masonry replaced as necessary. This is Tom’s story.

My name is Tom Livingstone and I am currently employed as the Resident Stonemason at Chester Cathedral.

Prior to my career in stonemasonry I worked as a volunteer in Tullie House Museum and Art Gallery in Carlisle, Cumbria. Initially, I went there for work experience at the age of 16 and I stayed on.

This fed my love of history but was too much of a static environment for someone who had grown up working with his hands on a farm.

After a work trip to Millgate Museum (now the National Civil War Centre) in Newark, Nottinghamshire, I visited the castle, where recent work had been carried out and the fresh masonry caught my interest.

On the train home I researched more into the craft of stonemasonry and by the time I was back in Carlisle I was looking into this as a viable career.

Unfortunately, the industry was still suffering from the economic downturn that  followed the credit crunch of 2008 and finding an apprenticeship took time.

I spent the next 13 months applying for apprenticeships and placements across the country until, in 2012, I managed to secure a position on a Heritage Lottery Funded traineeship programme run by Cheshire West & Chester Council in partnership with West Cheshire Colleges.

I was employed for a year to gain a level 2 NVQ while being on placement with several companies around Cheshire.

At the end of the year I was offered a job by Neil Andrews Stonemasonry Ltd, which allowed me to  finish my apprenticeship and gain my level 3 NVQ and Advanced Apprenticeship from York College.

From then until 2018 I worked as a banker and fixer mason on a wide variety of projects all over Cheshire, Staffordshire and North Wales, as well as having a stint in the Highlands of Scotland.

During these years I worked on projects for English Heritage, National Trust, Cadw and several of the surrounding Private Estates.

After attending the stone carving festival at York Minster in August 2018 I became interested in the idea of there being a resident stonemasonry department at my home Cathedral of Chester.

I began enquiring how this could be achieved by contacting the Worshipful Company of Masons, the masons’ livery company, to ask for their advice.

I was put in touch with Adrian Munns, OBE RN, who, at the time, was the Cathedral Workshop Fellowship’s Administrator, and Frances Cambrook, who was the Academic Programme Manager. Francis has  since taken over from Adrian as Administrator of the Fellowship following Adrian’s retirement from the post.

With their encouragement, I went on to contact the nine cathedrals involved in the Cathedrals Workshop Fellowship, an organisation of those cathedrals with their own workshops, and from their clerks of works and master masons I received constructive and helpful advice.

I spent the next couple of months preparing my portfolio and outlining ideas of how a masonry department could be established and how it would be of benefit to Chester Cathedral.

In November 2018 I contacted Chester Cathedral and was put in contact with Ted Comer, the Clerk of the Works, and I was invited to the Cathedral to discuss the feasibility of establishing a functioning masonry department.

I had not known, but Ted had also been exploring how this could be achieved and had done much of the groundwork towards convincing Chapter and Directors of the benefits of a masonry team at the Cathedral.

Our combined efforts and research resulted in a positive outcome and in March 2019 I joined the Cathedral staff as Resident Stonemason – the first one in more than 30 years.

At the time, funding only allowed for a contract of two days a week and I continued working in the commercial sector in a part-time position.

This allowed me and Ted Comer to assess what would be feasible with our limited resources. We embarked on a series of reactive repairs to address small areas of the fabric that were categorised as failing.

At this time I was also accepted on to the Cathedral Workshop Fellowship’s Foundation Degree in Applied Historic Building Conservation & Repair.

From January last year, when the case had been proved for the cost effectiveness of a masonry team at the Cathedral, I was employed on a full-time basis and we began looking into larger scale projects and the expansion of the Works Department team.

In February, the Works Department was expanded with the appointment of Conservator Naomi Watts-Kitto, who is undertaking a five-year project to completely restore the 1885 Baptistry Mosaic, which has been hidden from public view beneath a protective temporary floor.

Funding for the first phase of this has been graciously supplied by Historic England and the Department of Culture Media & Sport.

We have recently opened a works yard on the Cathedral Estate, which houses our very limited store of Bunter Series Cheshire Red Pebble Bed sandstone, of which Chester Cathedral was originally  constructed.

Sadly, this stone has not been quarried since the 1820s and much of the replacement stone we now use is Hollington Red Keuper sandstone.

The banker shop in the Works Yard is now fully functioning, turning out many of the complex masonry components required in the first phase of our five-year plan to scaffold the south side aisles, remove the detrimental cement pointing and replace failing masonry components.

This work will involve scanning of the aisle fabric to make an accurate record before the scaffolding is erected. Scanning will be carried out mainly using drones to enable access to hard-to-reach areas.

In addition to cement removal and masonry conservation and replacement, the fabric will be extensively cleaned using high pressure steam cleaners to remove biological growths and improve the permeability of the fabric.

For this work we are advertising for a Level 3 NVQ stonemason. We hope in the future the Cathedral is able to start an apprenticeship scheme to help sustain the stonemasonry tradition and offer training to those from the North-West. 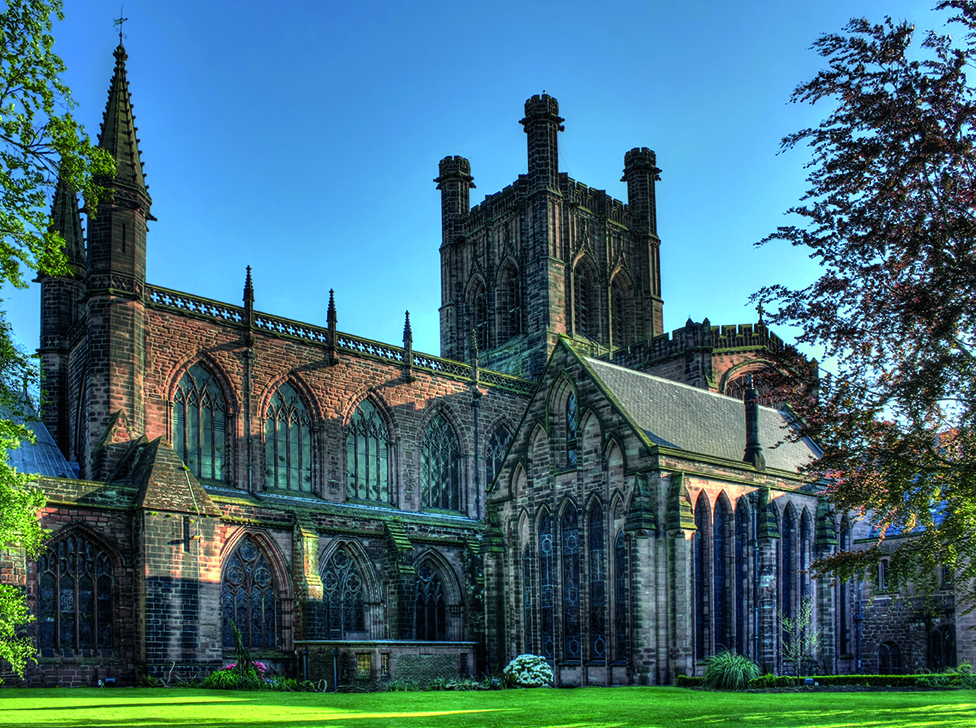