It’s now or never for biodiversity project in Portland mine

With the Cop 26 global climate change summit taking place in Glasgow in November, Eden co-founder Sir Tim Smit says it’s now or never for Eden Portland, a £59million project to create a celebration of life and biodiversity in the stone mines on the Dorset island.

The Eden Portland project was started 14 years ago, championed by sculptor Sebastian Brooke, who now has the backing of Sir Tim and the Eden Project in Cornwall. Sir Tim wants to create more novel Eden tourism attractions, and one of them is Eden Portland.

He says: “The location is to die for. It’s beautiful and it’s beguiling.” But he goes on to say if support is not forthcoming Eden will look elsewhere to site the project.

The plan is to create a display celebrating biodiversity, with depictions of different life forms carved into the walls in a mile or so of Albion Stone’s Bowers mine.

The mine has about 30 years of reserves in it that Albion will continue to work, with the exhibition area closed off.

As well as the carvings, the aim is to include high-tech sound and lighting for an immersive experience.

A second stage of the project would see a tower built of Portland stone erected on the clifftop of the Jurassic Coast, a UNESCO-designated World Heritage Site. It was originally conceived as the Mass Extinction Memorial Observatory (MEMO), although it has since been renamed less draamtically as the Biodiversity Beacon. The original intention was to put a bell in it that would be rung each time a species became extinct, although that idea has also been abandoned.

The bell, called The Earth Bell, has already been cast by the world renowned Loughborough bell foundry of John Taylor & Co. 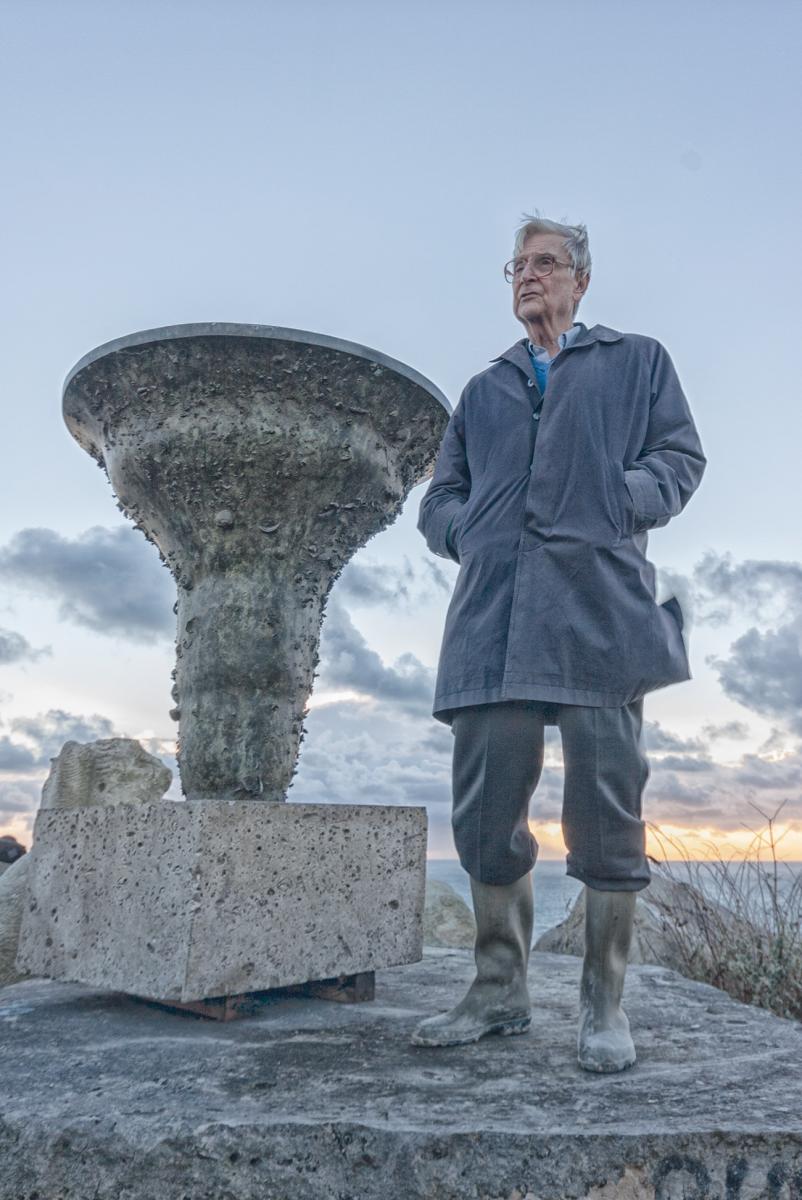 The Earth Bell, pictured on Portland in 2014 with Harvard Professor E O Wilson, who is often referred to as the ‘father of biodiversity. He is the International Patron of Eden Portland.

The bell weighs three quarters of a ton and is believed to be the largest ever casting using a mould made of stone. The stone used was Portland Roach, so the casting carries the imprints of the fossil-pitted surface of the stone.

The bell is currently in Cambridge and it is hoped it can be taken to Glasgow to ring during the Cop 26 summit and then perhaps gifted to UNESCO for its Portland limestone headquarters in New York.

As well as the tower and the mine, a visitor centre would be built, also in Portland limestone, as part of Eden Portland.

Much of the planning permission necessary is already in place. But the project depends on funding becoming available. There have been pledges of private donations, but they are dependent on UK government money being put into the scheme.

Sir Tim Smit raised the stakes to get the backing of the government in June by declaring in the national press, on television and on radio that the idea is so good, if it can’t go ahead on Portland he will do it somewhere else.

But Portland is an ideal place for a celebration of biodiversity and a warning about a mass extinction, which is blamed on humanity, because it was fossils in Portland stone being used to rebuild London after the Great Fire of 1666 that prompted the scientist Robert Hooke to postulate they were the remains of once living organisms.

That led him to the conclusion the world was more than a few thousand years old, which was the predominant supposition at that time, and that earlier forms of life had become extinct.

There is also a social benefit to Portland of the scheme. The intention is that it would attract more visitors to the island and create jobs there. When the Navy left in the 1990s the island lost 4,500 jobs, leaving it with one of the lowest employment densities in the country.

Since the geodesic domes of the Eden Project opened 20 years ago in a reclaimed china clay pit, the project is said to have added £2billion to the economy of that part of Cornwall. The Eden Portland project could do something similar for Portland.

Below are more CG images of the outside and inside of the proposed Eden Portland tower on the UNESCO World Heritage Site Jurassic Coast. 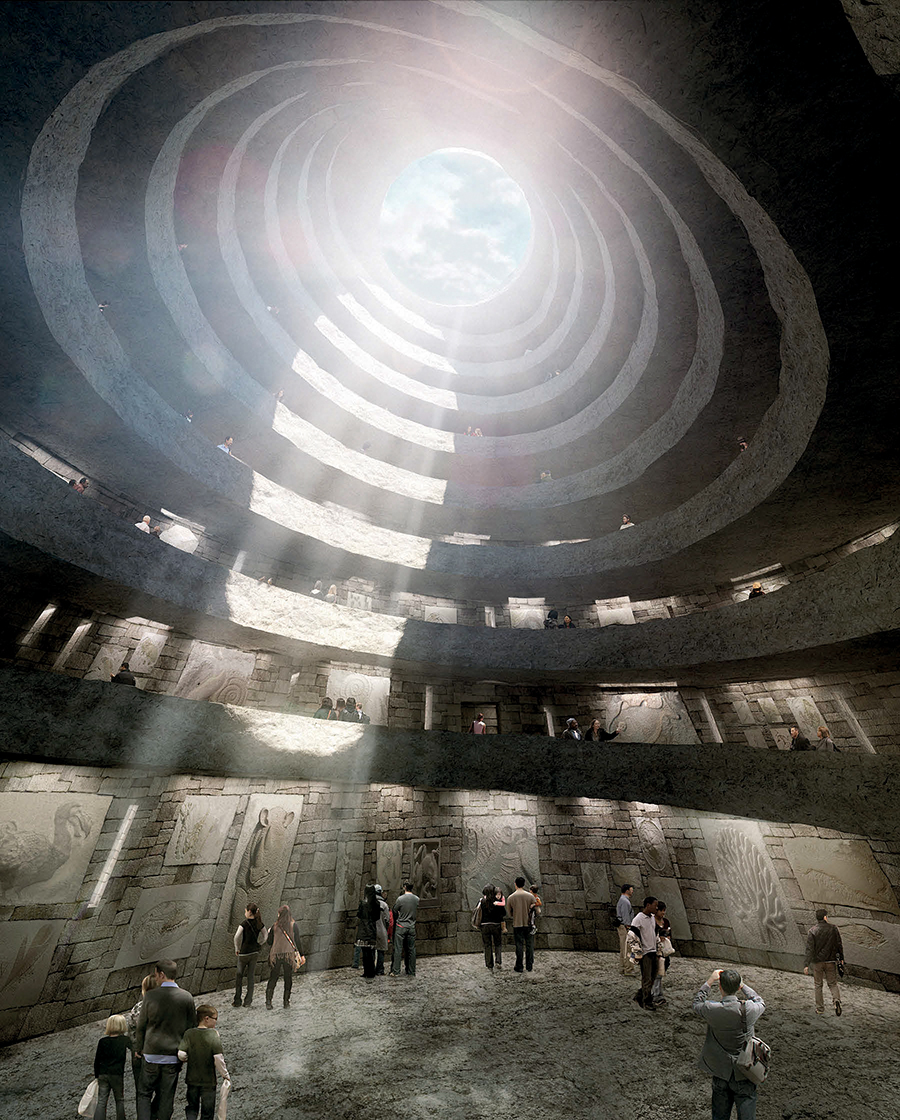