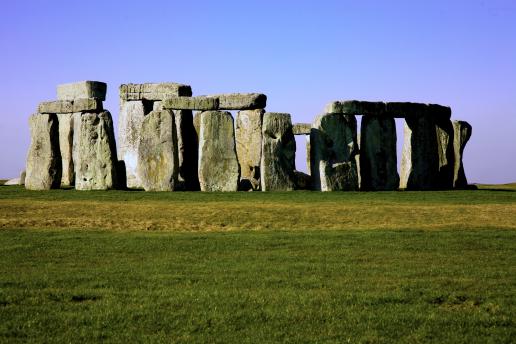 Analysis of a core taken from one of the Stonehenge sarson stones in the 1950s has unlocked some of the 5,000-year-old stone circle's secrets.

Analysis of cores taken from one of the sarcen stones of Stonehenge in the 1950s has revealed how the 5,000-year-old structure has survived the English climate, floods and even an earthquake so well.

The study was made possible thanks to a former diamond cutter, Robert Phillips. He carried out repair work at Stonehenge, on Salisbury Plain, in 1958, taking a core from Stone 58 to help re-erect a fallen trilithon (three stones).

When the work was done, Robert Phillips was allowed to keep one of the metre-long cylindrical cores as a souvenir. He retained it until 2018, when he offered it to English Heritage, which manages Stonehenge. He has not seen the outcome of the analysis as he died last year.

It was important because the stones are now so protected that cores can no longer be taken.

The publicity surrounding its return brought to light another of the cores, held by Salisbury Museum.

The two were used for research by David Nash, a professor of physical geography at the University of Brighton, working with experts from the British Geological Survey, English Heritage, and the Natural History Museum in London. They have written a paper describing their analysis published on the open access site Plos One (https://journals.plos.org/plosone/article?id=10.1371/journal.pone.0254760).

Nash and his fellow researchers subjected the Phillip’s Core, as it is known, and the second sample from the Salisbury Museum to X-ray and CT scans. They were allowed to take thin slices of the cores for microscopic analysis.

What they saw were tiny grains of quartz arranged in an interlocking matrix of crystals. The sarsen stone (or, lithologically, silcrete) forms from groundwater washing though buried sediment. The stone consists largely (99.7%) of quartz of different grain sizes. An interlocking mosaic of medium-sized quartz crystals cements the stone.

Nash told the website Science Alert: “These cements are incredibly strong. I’ve wondered if the builders of Stonehenge could tell something about the stone properties, and not only chose the closest biggest boulders, but also the ones that were most likely to stand the test of time.”

Geochemically, the core from Stone 58 is a match to 50 of the 52 remaining sarcens, so any findings derived from the cores probably apply to the rest of the sarsons in the monument. The inner circle of stones have a different origin. They are believed to have originally been a stone circle in Wales that was moved to Salisbury.

It was long suspected that the sarcens came from the chalk hills of Marlborough Downs. The Philips Core has matched the Stonehenge geochemical fingerprint to that of stone from a specific location on the Downs known as the West Woods.