Stone in renovation: An oast story with reclaimed Cwt-y-Bugail 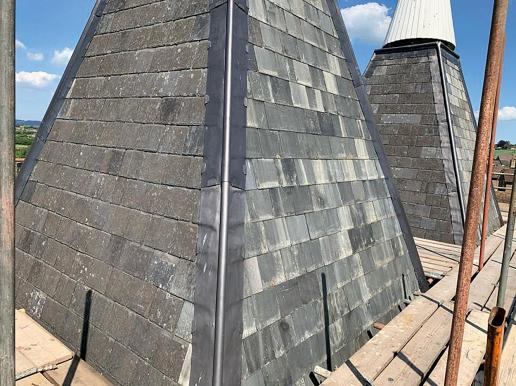 Part of the roof that won Lyons Roofing a shortlisting in the ‘Best use of slate for a domestic project’ category in the 2020 Pitched Roofing Awards.

When IT consultant Jonah Beck was looking to re-roof his converted oast house,  he went to several roofers for quotes. One suggested plain clay tiles, another imported slate. But it was the recycled Cwt Y Bugail slate from Wales suggested by Danny Lyon’s of Lyons Roofing that he chose.

It was installed in just over a month – and the work won Lyons Roofing a shortlisting in the ‘Best use of slate for a domestic project’ category in the 2020 Pitched Roofing Awards.

Lyons Roofing are  based in East Farleigh, near Maidstone in Kent, which is where the oast house is. The job involved stripping the original 70° pitched roofs and barn at the back, battening them, fitting a new breathable membrane, and fixing the Cwt Y Bugail slates with copper nails, as recommended by Welsh Slate, the quarry company that still extracts Cwt Y Bugail slate from Blaenau Ffestiniog in north Wales. Code 5 lead was fitted to the four hips with copper straps and Code 6 lead to the box gutter.

The slate that had been used to re-roof the 17th Century oast house when it was converted into a house in 1982 had delaminated, which was blamed on the galvanised steel nails that had been used. They had rotted.

Specialist sub-contractor Lyons Roofing renovated the matching pair of oast roofs using salvaged Cwt Y Bugail 20in x 10in slates from reclaimed building materials supplier D&T Slate Buyers of Erith, who had obtained them from a property in London, where they had been for about 40 years.

Danny Lyons says: “They were in excellent condition and I would certainly expect they have a life span of at least 100 years left in them.

“We do use imported slates – we use products based on our clients’ specifications, requirements and budget – but Welsh slate is, without doubt, a favourite of mine.”

“Given a choice, I would choose to work with Welsh slates, new or reclaimed, as they are far superior to any Grade 1 imported slate, irrespective as to the fact these were already 40 years old!”

He says his opinion is based on 30 years’ experience of working on historical buildings in the South East of England.

“The steepness of the pitch, which went over four scaffold lifts, did make access around the scaffold slightly more time consuming, but the reclaimed Welsh slate used to bring this historical building back to life was a pleasure to work with.”

The project was started and completed to the client’s timescale. 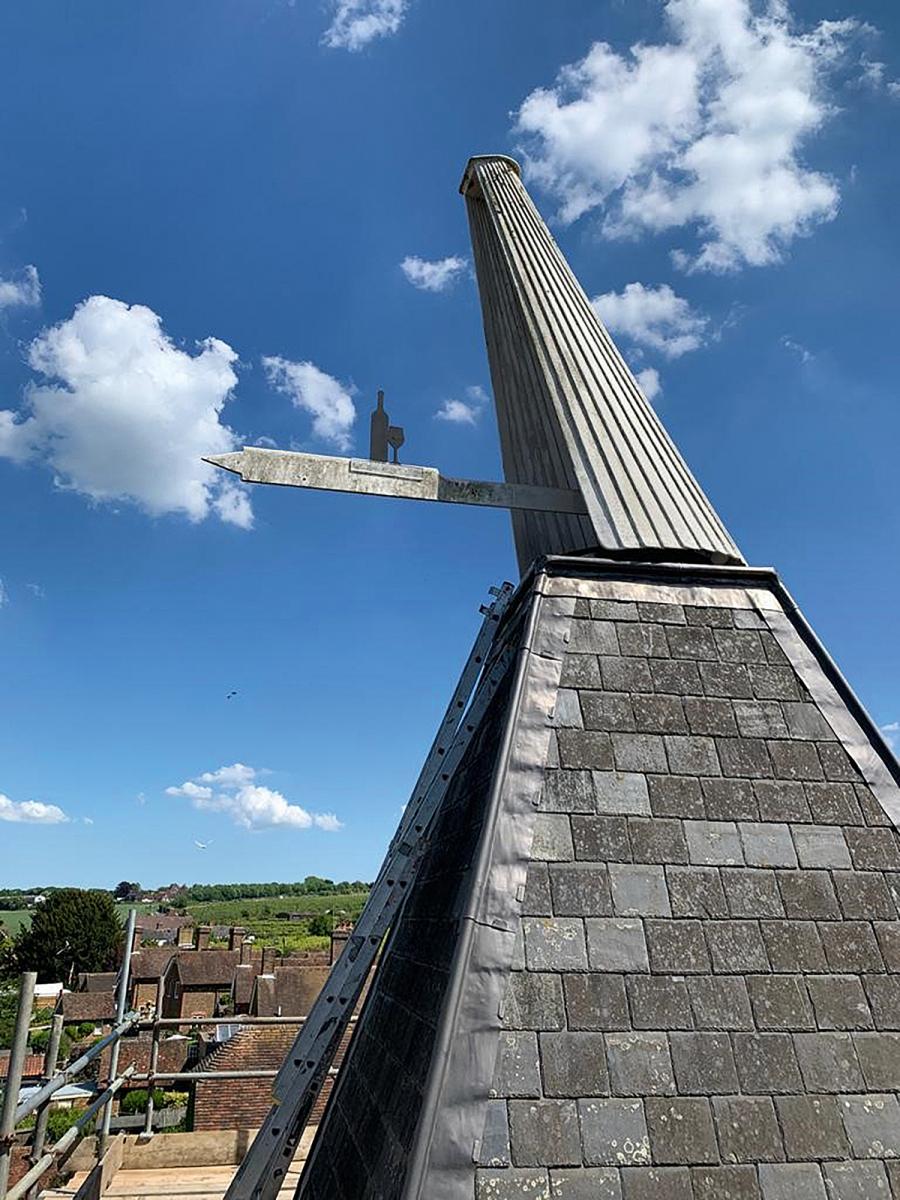