The Big Issue magazine and a depiction of one of the homeless people it helps support is making its way on to York Minster.

The new Big Issue grotesque has been carved by Minster stonemason Dave Willett. His inspiration was Norbert Lawrie, who sells the Big Issue in York. The story made its way into the Big Issue magazine (you can read it on the Big Issue website here).

It tells how Norbert joined Dave more than 20m up on scaffolding on the outside of the Minster to see where the Big Issue grotesque, carved in Tadcaster Building Limestone's magnesian limestone, will be positioned around a pinnacle on the South Quire, where an 11-year, £11million project is underway to conserve and, where necessary, replace the stonework. The Big Issue is one of a number of replacement groteseques.

Norbert met Dave Willett in the summer of 2018, while Norbert was selling the magazine just around the corner from the Minster. David said the Minster was looking for ideas for new grotesques to replace 300-year-old weathered ones. Norbert suggested the theme of homelessness and, more specifically, a Big Issue North vendor.

The grotesque David has carved, pictured here irreverently decked with sunglasses and headphones in the masons’ workshop at the Minster, bears more than a passing resemblance to Norbert.

In the Big Issue report on the subject David says he warmed to the theme of homelessness, having seen evidence of the growth of it not just on the streets of York but on visits to London and Manchester. He is quoted as having been shocked by “the amount of people there were on the street and the way people were just ignoring them. It’s against human rights, let alone human decency, that this is happening”. 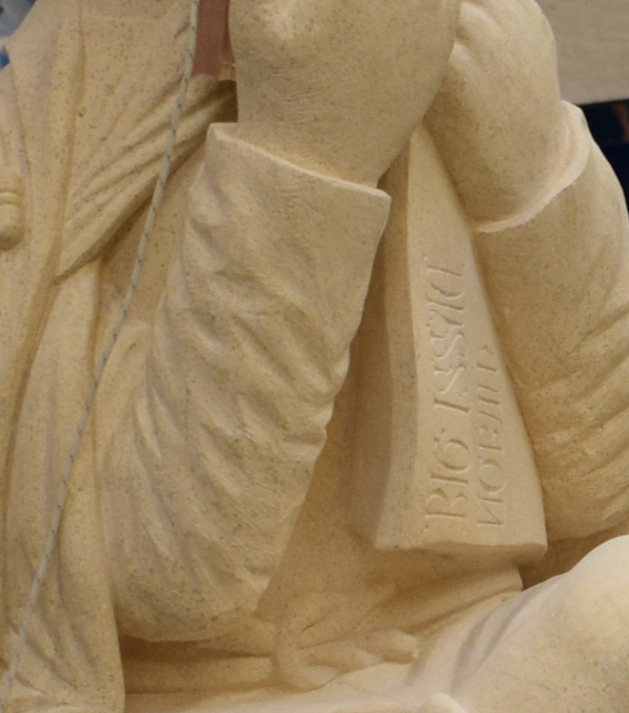