India is the largest single source of dimensional stone used in the UK and TAB is one of the companies that has contributed to it achieving that status.

Last year, the sub-continent shipped £160million worth of stone to the UK – about 700,000 tonnes of stone*. That is nearly a third of all the dimensional stone that arrives in the UK. And for the past 20 years TAB  has been contributing to that total, with the stone being distributed through wholesalers – International Stones in Sheffield is its leading UK distributor.

TAB has its headquarters in Jaipur. It operates six of its own granite quarries in the southern Indian states of Tamil Nadu and Karnataka, as well as importing blocks of granite, marble, slate, quartzite, sandstone and limestone from all over the world (Brazil, Australia, Norway, Finland, Angola, South Africa, Italy... and more). It has two extensive processing factories in India and offices in Brazil and the USA. Altogether it employs more than 1,000 people.

The smaller of its factories is the North Plant, for slate, sandstone, limestone, marble, quartzite, mosaics and cut-to-size work. A lot of the cut-to-size has been used on major projects in America.

The largest factory is the 35-acre campus of the South Plant, where granite, marble and quartzite is sawn and polished as slabs and tiles. 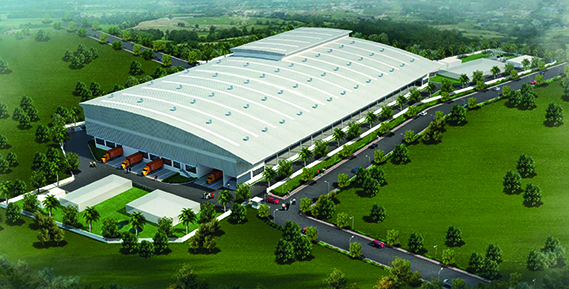 Last year TAB also opened its own engineered quartz factory on this site. And with quartz worktops being the fastest growing of the stone processing sectors in the UK, this is a market TAB is keen to develop.

TAB’s impressive line up of stone processing machinery includes eight massive gangsaws from Breton and Gaspari Menotti that can cut down to 10mm thickness. There are also two multiwire saws, one from Breton and one from Gaspari, each carrying 72 wires. There are four latest generation LeviBreton KG 4600 precision polishing lines, a slab calibration line from Simec, a fully automatic Breton resining line with two ovens for fast production, eight mono-wire saws for squaring / trimming the blocks and a host of other machines and handling equipment such as block loaders and slab tilters.

For shipping purposes, products from the North and South factories are easily combined, just as containers can be filled with a mixture of granite slabs, granite tiles and TAB Quartz.

“TAB Quartz started commercial production in January 2018 after running a series of trials and tests on various colours, patterns, polish techniques and finishes,” says Amit Gupta, who founded TAB with his brother Sumit in 1997.

Sumit adds: “TAB has consistently and continuously adapted to the market dynamics. Getting into quartz production was an organic step forward, expanding our existing footprint in the natural stone and surfaces industry.”

The decision to open the quartz plant was a response to demand for quartz from TAB’s distributors worldwide.

Amit: “The addition of quartz to the product range makes TAB a one-stop shop for natural stone and quartz from the same campus in South India.”

Being able to offer that mixture all produced in-house so quality is assured is a major advantage TAB offers its customers.

TAB is also proud of its environmental and ethical credentials.

It has not signed up to the UK’s Ethical Stone Register but it does hold the Institute of Management Services (IMS) Certificate, a professional qualification for achieving increased productivity with high environmental and health & safety standards. In gaining the Certificate it achieved ISOs 9001 (management), 14001 (environmental)  and 45001 (health & safety).

TAB is proud of having  always pushed forward improvement in working conditions, even against resistance from fellow stone companies in India. For example, it provides meals for its employees, whereas most companies expect their employees to bring their own lunches. It was not a move other producers liked because they did not want to have to start cooking meals for workers.

Amit told NSS: “We already are ahead of the curve and a trendsetter in all these things. We are nature lovers, fair, logical, rational and put earth and employees much before profits.

“We are from the new generation and we wanted to create new rules, from food to health, to benefits, to wages. I’m very proud to say that more than 90% of the people who started with this company more than 20 years ago are still here. It gives us immense joy to say we’re taking care of the people that take care of TAB.”

TAB has the latest machinery and believes in getting the best performance from it by providing employees with high quality working conditions and proper personal protective equipment (PPE).

It has solar-power generation, rainwater harvesting and 100% water recycling. The company says 80% of the energy it uses currently comes from renewable sources and it is aiming for 100%. Even the bottles of water it supplies for its employees are glass rather than plastic.

“We are bringing nature into your home responsibly,” says Amit on a video made last year that you can watch on tabindia.com.

In the 15,000m2 quartz factory that has another 5,000m2 building supporting ancillary functions, the company has the capacity to produce 250 slabs of quartz a day (about 125 container loads a month). A second line is already being planned to double that.

TAB says it is producing a ‘new age’ quartz. Sumit explains: “It’s a new age quartz manufacturing plant that has been re-designed and re-engineered by a highly skilled team of mechanical designers of TAB to produce state of the art, high vibro-vacuum compaction. Beyond that is a first of its kind, fully automatic, in-line calibration and polishing plant designed and manufactured with the help of Simec Spa of Italy.

“The plant starts at the loading of the raw moulded slabs and finishes after calibration on both sides, bevelling on all four sides and providing the Luster Technology gloss polish. Finally there is the printing of the edges and the back and the application of a technologically advanced electrostatic Nylon film on the slabs. Most quartz has a glued Nylon film, which takes for ever to remove and makes the slabs look stained in the process.

“At TAB Quartz, innovation has always been the buzzword. We have re-engineered the production process using exceptionally high quality quartz and minimum quantities of specialty resins for low VOC [volatile organic compound] quartz.

“The unique combination of inputs gives the surface a new construction definition.”

Two years before TAB Quartz was launched, the company had established a laboratory to experiment with production methods and colours. It launched with 24 colours to keep it simple for customers. Since then another 12 colours have been added, including the particularly on-trend industrial ‘Concrete’ collection. There are different price points for different collections to appeal to all pockets.

TAB has experimented with more than 300 quartz colours and patterns and more designs will be added as trends and the market require. “We do not want to come in and disrupt the market immediately, but the lab and the lab technicians are primed and ready to keep coming up with newer and better looks,” says Amit.

TAB is currently shipping about 2,400 containers of stone and quartz each year, with less than 10% of it currently coming to the UK. But with quartz still taking an increasing share of the worktop market in Britain TAB believes the UK represents a significant opportunity for it.

Then, of course, there is the rapidly growing market for porcelains – and there is a hint TAB is considering going into production of its own versions of these, too.

Below are examples of TAB Quartz. The top picture is Grey Galaxy and underneath that is Bianco Verona. 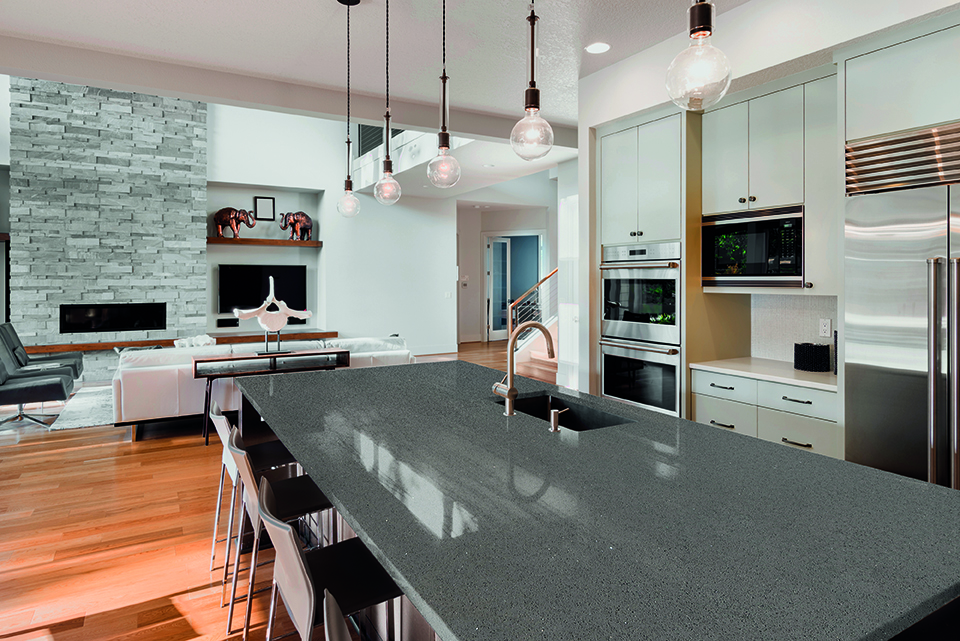 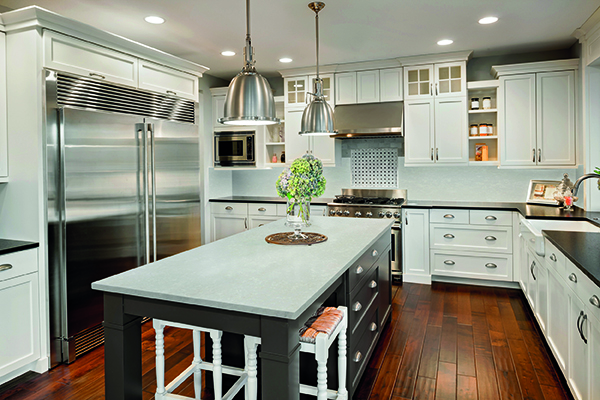