There's a lot of stone at Chelsea

There is plenty of natural stone in the show gardens of the Royal Horticultural Society’s Chelsea Flower Show these days and when the show opened at Chelsea Hospital on 21 May this year quite a lot of it had been supplied by leading stone hard landscape supplier CED.

The gardens CED helped with with this year are: 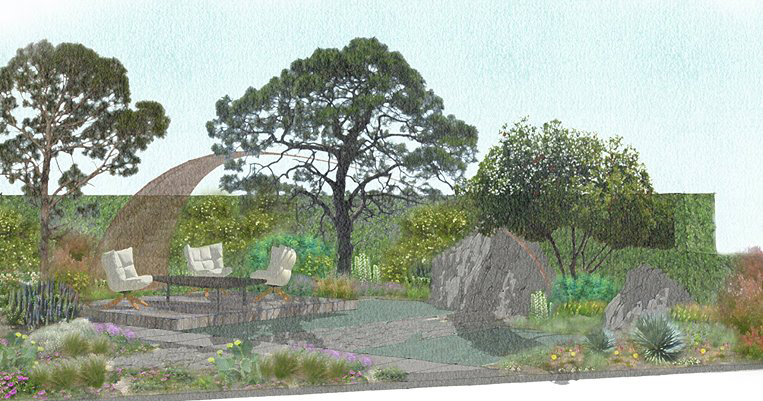 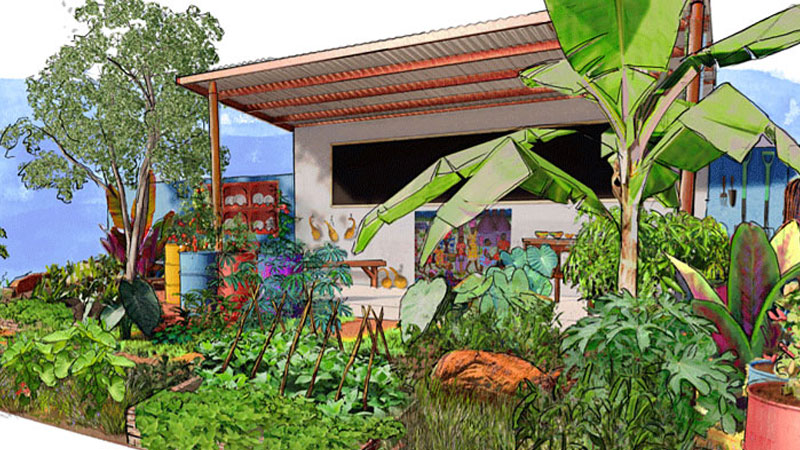 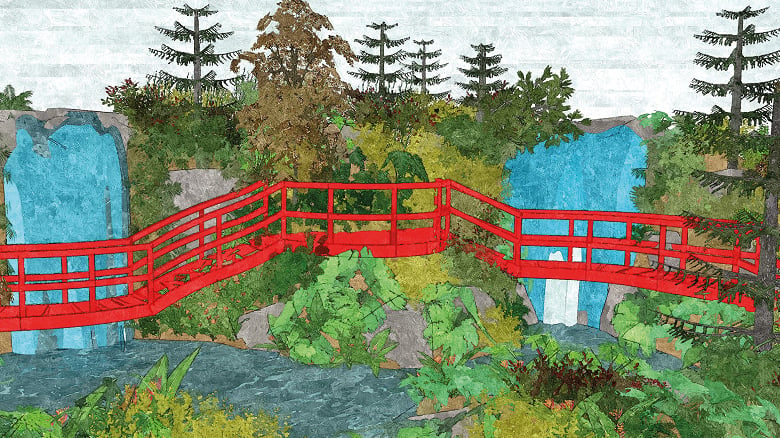 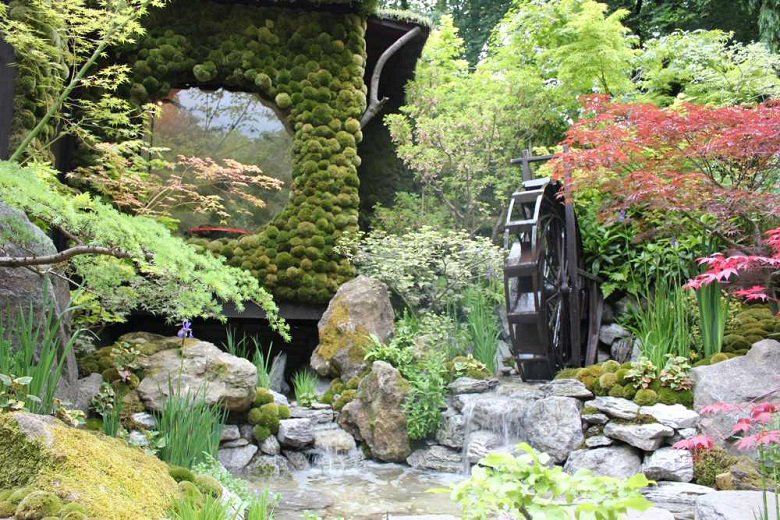 You might imagine The Facebook Garden would have been hi-tech, but Joe’s design is coastal themed and CED has supplied Caithness stone to represent flysch formations created during mountain building episodes where tectonic plates collide. Caithness stone can be easily split into large slabs to create the look required.

The Undiscovered Latin America garden was built on a steep slope and boasted dramatic waterfalls. There was a prominent, elevated red walkway winding across it. Last year CED worked with Jonathon on his Chelsea debut ‘Moving Mountains’ garden for Trailfinders, which was awarded Silver Gilt. This time Brinscall sandstone has been chosen as a pretty good match for the dark volcanic rocks of Chile.

The Family Monsters garden is helping Family Action celebrate its 150th anniversary and, coincidentally, was also the 100th anniversary of Idverde, whose designer Alistair Bayford conceived the garden. CED’s contribution is ‘monsters’ in Celtic, Gabbro and Caledonian boulders and Scottish beach cobbles leading up the pathway towards a water feature and bench. The boulders, with their mixed textures, shapes and colours, represent how ‘no one monster can be defined and a monster for one person isn’t necessarily the same for another’. The boulders in the path go from harsh and jagged to more even and flat, as the ‘monsters’ are tamed.

For the CAMFED garden, boulders of red sandstone from Scotland were chosen to replicate the red landscape of Zimbabwe. 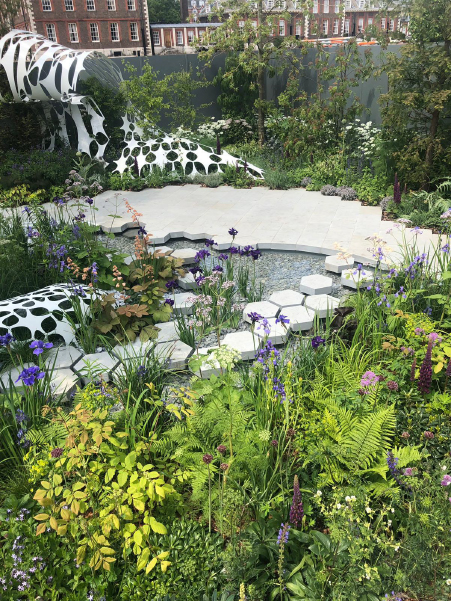 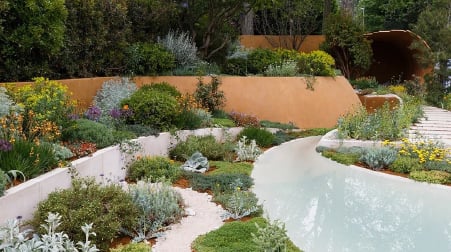 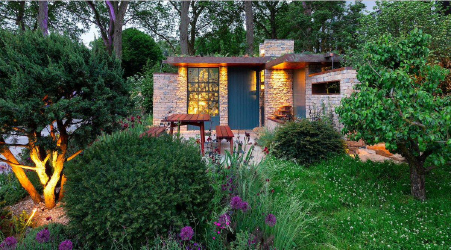 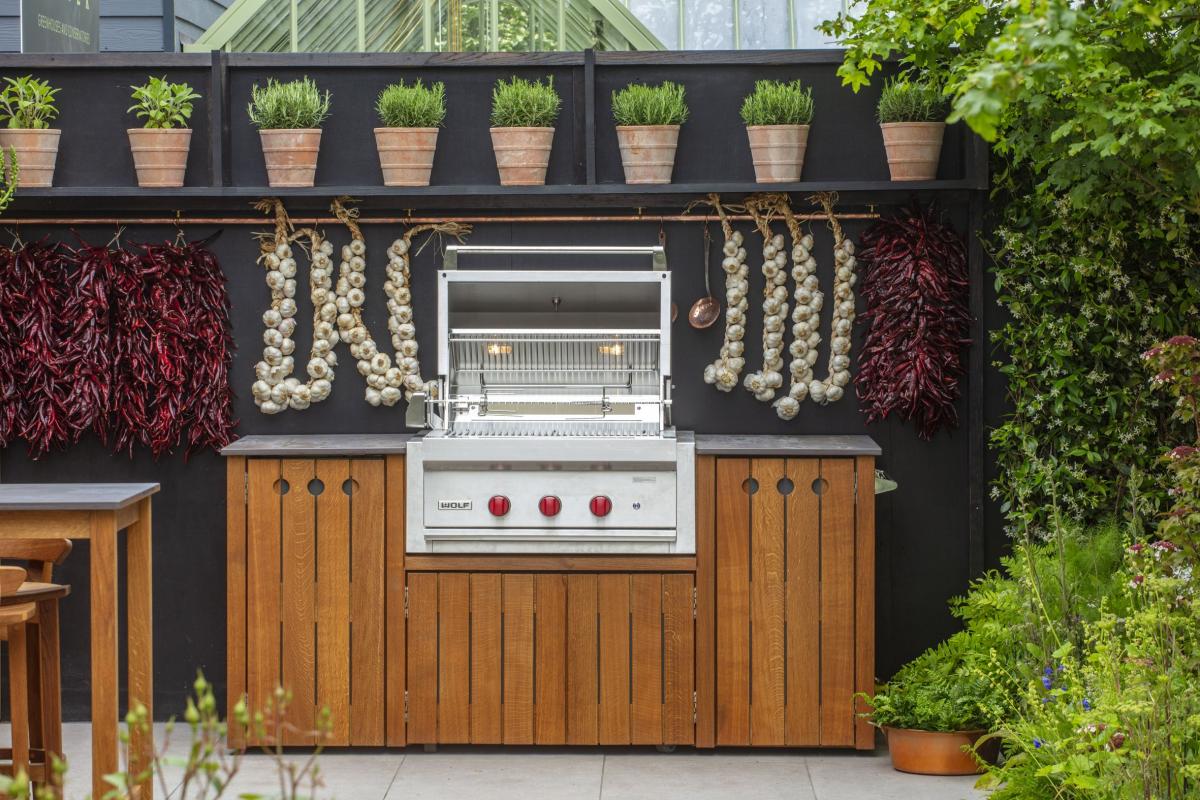 ​Cosentino was also at Chelsea with its ultra-compact Dakton surfaces featuring on the stand of outdoor kitchen and furniture company Gaze Burvill. Various designs and finishes were on the stand in the Main Avenue at the heart of the show gardens.