Eleven students of the Cathedrals’ Workshop Fellowship (CWF) were presented with their degrees during Evensong at Gloucester Cathedral on 17 September.

The following day, 13 students were inducted on to the next two-year course – and for the first time they include stonemasons who do not work for the nine English cathedrals that have their own workshops and which formed the Fellowship in 2006.

The two students not from the cathdrals are from restoration and building company Ellis & Co in Shepton Mallet, Somerset, and Chichester Stoneworks in Sussex.

Opening the foundation degrees to students from outside the cathdrals is intended to introduce an element of commercialism to them to help finance them. There is also talk of extending the programme to include an honours degree to benefit even more people.

The CWF degrees have already expanded from their initial concentration on stonemasonry to encompass other craft skills employed by the cathedrals – carpenters, plumbers, electrcians and bricklayers – although only one of this year’s 11 graduates is not a stonemason (he is a carpenter).

The Cathedrals’ Workshop Fellowship is administered by Adrian Munns, although both he and Assistant Administrator Roy Bentham will, after a decade in their roles, soon be handing over to successors, yet to be appointed.

The degree course was created with the help of Frances Cambrook when she was working for Foundation Degree Forward (FdF), established by the Government in 2003 to aid the development of foundation degrees by groups such as CWF.

The aim was “to stimulate, support and sustain employer partnerships with higher education in order to meet the demands of workforce development, business improvement and the knowledge economy”.

In 2011 Frances was made redundant and became a freelance academic. One of the roles she has taken on is that of Academic Programme Manager for CWF, including presenting her own modules as part of the  foundation degree programme.

Achieving the degree involves mentoring at work and four days a month attending lectures at one or other of the cathedrals involved (Canterbury, Durham, Exeter, Gloucester, Lincoln, Salisbury, Winchester, Worcester, York).

The students earn Foundation Degrees in Art (FDAs) in Applied Historic Building Conservation & Repair, accredited by the University of Gloucestershire.

The University’s Vice-Chancellor, Stephen Marston, presented this year’s degree certificates during Evensong. He said the graduates, mostly mature students with the oldest in his 50s, were examples of what the University stands for. “You have quite clearly gained the skills for a successful career,” he told them. 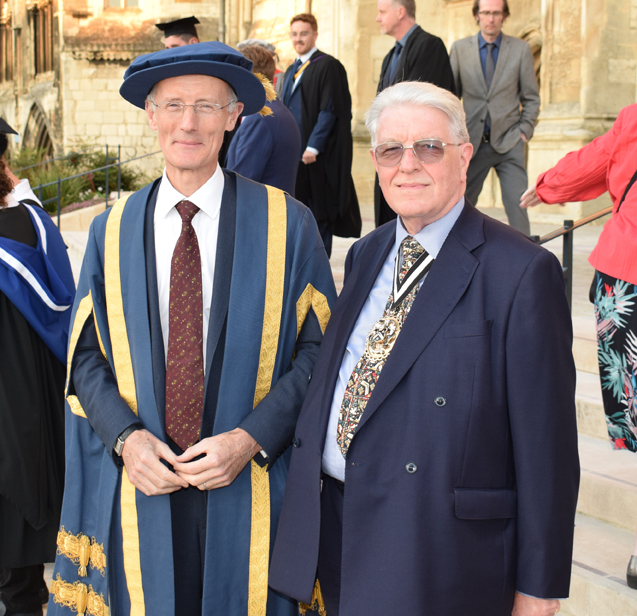 Stephen Marston (left), Vice-Chancellor of the University of Gloucestershire, with Chris Radmore, Master of the Worshipful Company of Masons.

He spoke of the achievements of the people commemorated on the memorial stones in Gloucester Cathedral, and told the students: “Achievement takes many forms. Today we are marking what you have achieved and what you will go on to do.”

Guests included the Master of the Worshipful Company of Masons, Christopher Radmore, and representatives of the Ecclesiastical Insurance Group. Both organisations are sponsors of the cathedrals’ degree course. 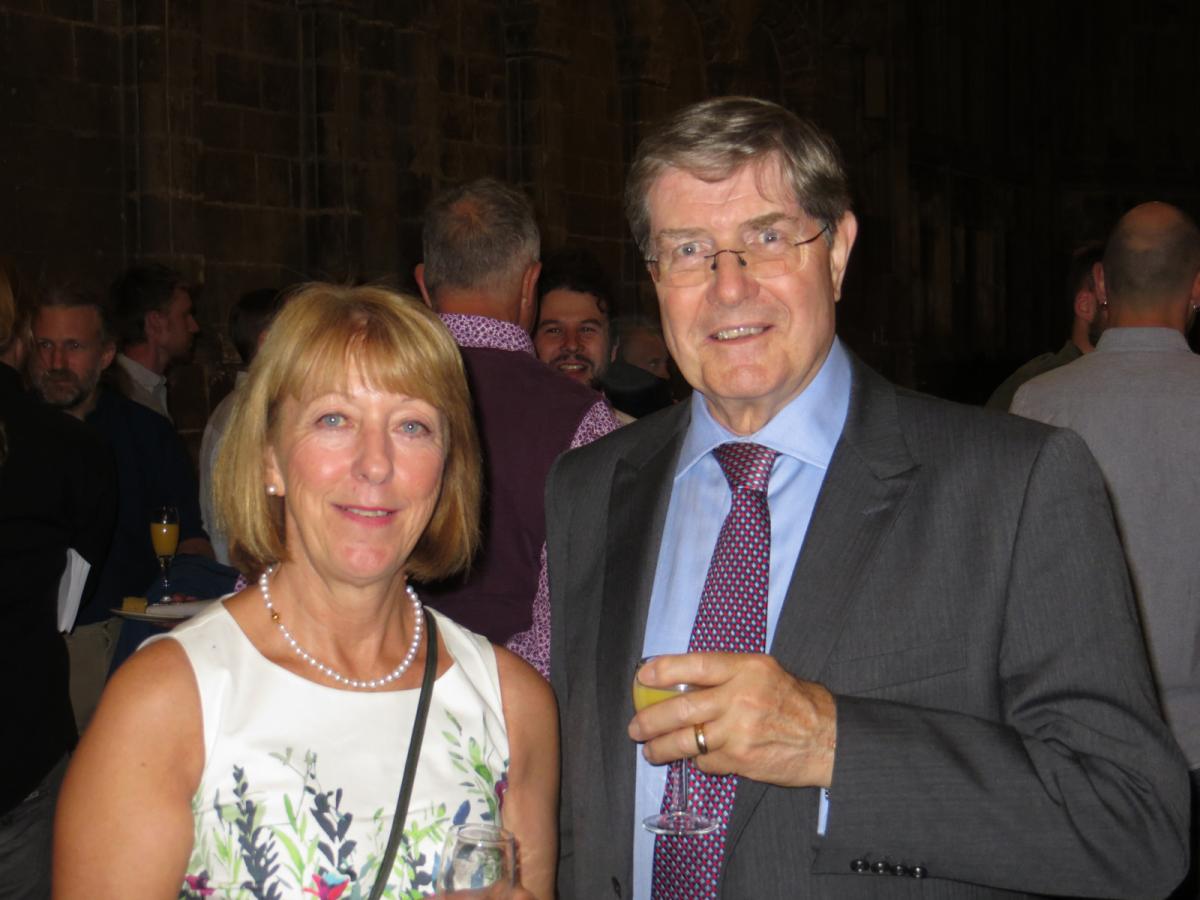 Frances Cambrook, Academic Programme Manager, and Adrian Munns OBE, Administrator of the Cathedrals’ Workshop Fellowship at the presentation of the degrees last night.