A Qualified Workforce: by Mark Priestman 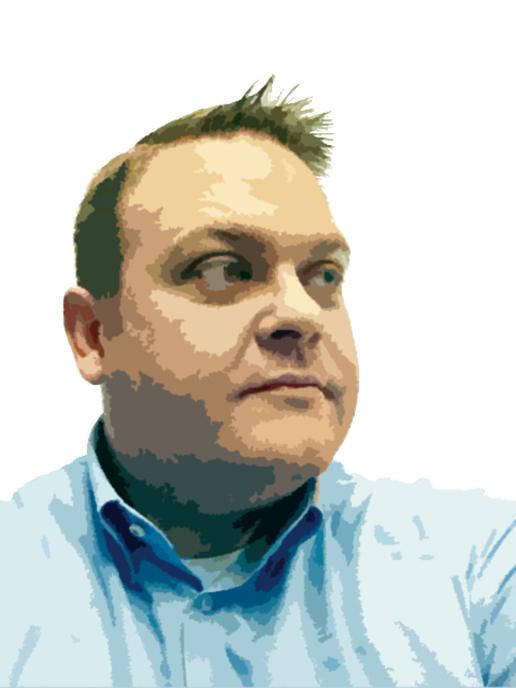 Mark Priestman is a Partner at Priestman Associates LLP, a leading façade preservation project consultancy, from stonemasonry and heritage skills through to site supervision and conservation management. The partnership is trusted by the leading brands of the sector as an NVQ provider for experienced, upskiller and apprentice workers. 07876 687212. [email protected].

Mark Priestman is a Director of a training consultancy whose mantra is: Qualify the Workforce! Here he reflects on the role of the CITB in achieving that.

The CITB. It’s a bit like Marmite (other yeast spreads are available, as they say): You either love it or hate it. Most people would have to admit, though, the role the CITB plays is essential in facilitating skills awareness, development, and delivery. I would shudder to imagine which direction the skills development graph would point without a body like the CITB.

How then did the CITB handle its levy payer’s predicament during the COVID-19 pandemic?

Its report to parliament on 19 October showed that in the year to 31 March the CITB’s grants benefited nearly 14,000 businesses.

And to aid cashflow for employers it suspended Levy collection for five months during 2020 and halved the amount due for 2021-22. It reacted quickly to provide Covid-19 site training, moving much of its tuition online to assist access to learning. It funded a project with the Lighthouse Club charity that helped to train mental health first aiders, who in turn supported more than 6,000 people.

The CITB online Covid-19 site operating procedures and associated documentation was a real help to contractors, as evidenced by the fact it was  downloaded 38,000 times. The (free) Covid-19 eCourse was undertaken by more than 22,000 people.

One of the CITB’s funds, the Skills & Training Fund, helped nearly 1,000 small to medium sized enterprises (SMEs) by giving out in funding more than these businesses put in via the levy (they contributed less than 70% while received more than 73% back in grants and funding).

Grants for apprenticeships supported more than 23,000 people in almost 9,000 businesses during 2020-21, while 2,800 apprentices benefited from travel and subsistence funding in rural or hard-to-reach areas. CITB enabled apprenticeship attendance grants to be paid in advance to employers and contacted over 11,000 apprentices to provide support through the pandemic. Just 2.5% ended up being made redundant, with half of those going on to start a new construction apprenticeship.

From Levy receipts, 84p in every pound went into employer funding and industry-wide initiatives to address skills requirements.

It also appears that the majority of construction employers have backed the CITB’s levy proposals so it can continue in its role of supporting skills and training across England, Scotland and Wales. The backing was achieved via confidence voting in a process known as consensus. The plan will now be passed to the Secretary of State for Education for final sign off.  Congratulations the CITB.

Much of the CITB work is focused on mainstream construction occupations. But a frequently under-acknowledged division of the CITB is its National Specialist Accredited Centre (NSAC) and its closely associated team that developed and organises Specialist Applied-Skills Programmes (SAPs).

NSAC is a registered centre to NOCN / Cskills Awards for NVQs and other qualifications needed by specialist trades that ordinarily don’t have the volume of uptake needed to be attractive to profit-focused organisations. It connects with vetted specialist trainers, assessors, and quality assurers to facilitate a wide and diverse range of specialist qualifications. It is the reason stone employers can source and progress achievement of NVQ’s for their workforces in skills such as Banker Mason, Fixer Mason (External), Fixer Mason (Internal), Stone Cladder, Stone Cutter, Façade Cleaner, Façade Restorer and Heritage Skills.

The Specialist Applied-Skills Programme (formerly known as the Specialist Apprenticeship Programme) is available in three flavours: 1) Façade Preservation, 2) Stone Fixing and 3) Heritage Stonemasonry. The first two were won as delivery tenders by Priestman Associates LLP (in which I have to declare an interest) and the third by The Traditional Building Skills Company.

According to the forecast of the Construction Skills Network (CSN) 2021-25, published by CITB, the construction industry will need to recruit an additional 217,000 new workers to meet demand between 2021 and 2025.

Food-for-thought in our continuing shared mission to qualify the workforce.