The Government has finally put the slate industry of north Wales forward as the UK's nomination to UNESCO as a World Heritagte Site.

If accepted it will join sites such as the Taj Mahal, the Grand Canyon, Vatican City, the Great Wall of China and Machu Picchu and will become the UK’s 33rd UNESCO World Heritage Site. Three of those sites so far are in Wales: Pontcysyllte Aqueduct, Blaenavon Industrial Landscape and the Castles & Town Walls of King Edward in Gwynedd.

The proposal to present Welsh slate for World Heritage Site status goes back to 2012, and it was talked about for years before that. But on a visit to the National Slate Museum in Llanberis yesterday (23 January) Helen Whately, a Minister at the Department for Digital, Culture, Media & Sport (DCMS), said the slate heritage of north-west Wales had that day been put forward to UNESCO as the UK's nomination for the status of World Heritage Site. She said: “The incredible slate landscape is hugely significant to north-west Wales and its industrial heritage."

In Victorian times Welsh Slate roofed the British Empire, employing thousands of people. The industry is still commecially active, with the largest of the operators being the company called Welsh Slate, bought by Breedon in 2018 as part of its purchase of the Lagan Group (read more about the purchase here...). Welsh Slate operates Penrhyn and Cwt-y-Bugail quarries.

It was this time last year, just after the Cambrian slate to the west of Snowdonia had been designated as a Global Heritage Stone Resource (GHSR) by the International Union of Geological Sciences (IUGS) (read more...), that the Government said it would present the landscape created by that slate industry as its nomination for World Heritage Site status. Each country can nominate just one site each year.

Heritage Minister Helen Whately said yesterday: "The area is described as having 'roofed the 19th-century world’ and the slate from the mines continues to have an influence on architecture around the world. This nomination is an excellent way to recognise the importance of Wales’ slate mining heritage and will bring benefits not only to Gwynedd but the whole of north Wales by attracting visitors, boosting investment and creating jobs.”

The Minister said the UK Government, in co-operation with the Welsh Government and Gwynedd Council, has now formally presented the slate landscape of north-west Wales to UNESCO as the UK’s next nomination for inscription on the World Heritage List.

The proposal will now be considered by the International Council on Monuments & Sites, which will decide whether or not to forward it to to the UNESCO World Heritage Committee meeting in 2021, when the next sites to be given World Heritage status will be determined. 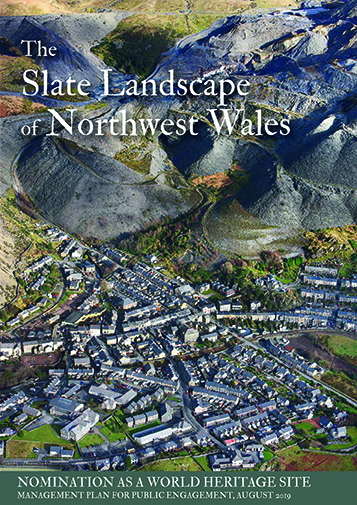 You can download the full Management Plan for the nomination of the slate landscape of north-west Wales as a World Heritage Site here or by clicking on the symbol at the bottom of this page. 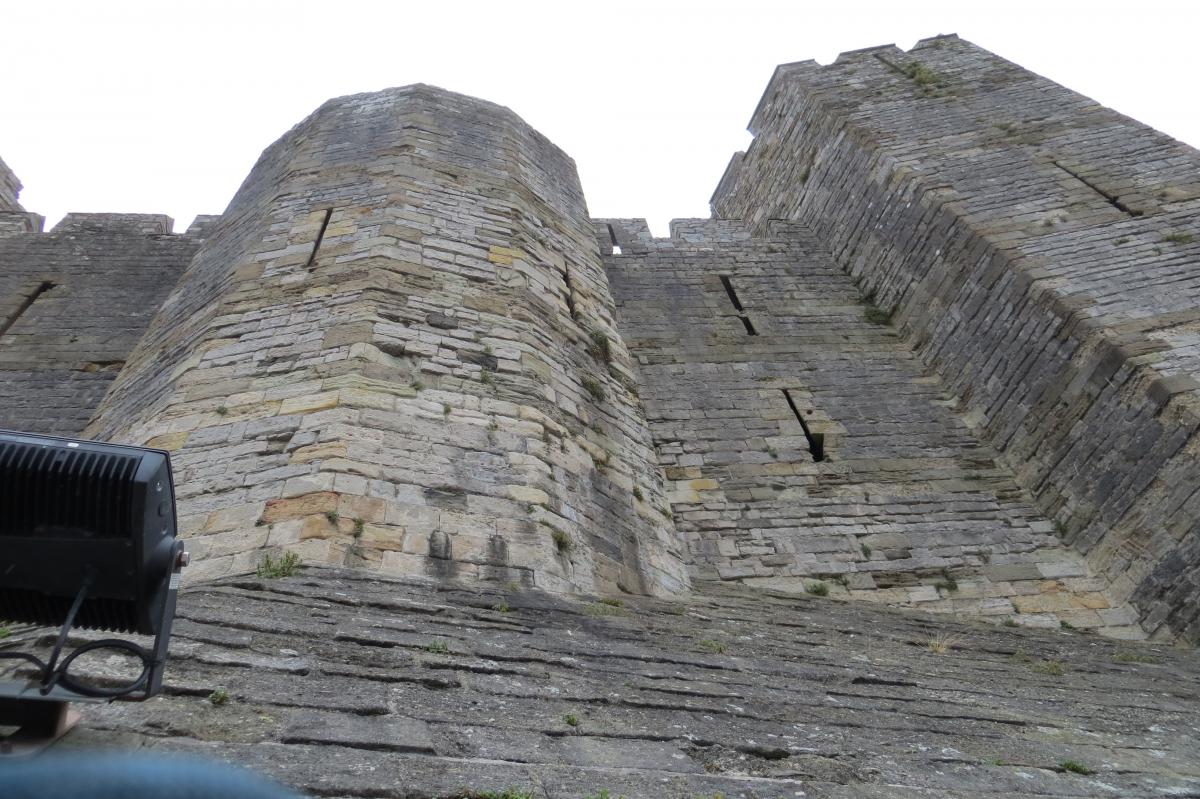 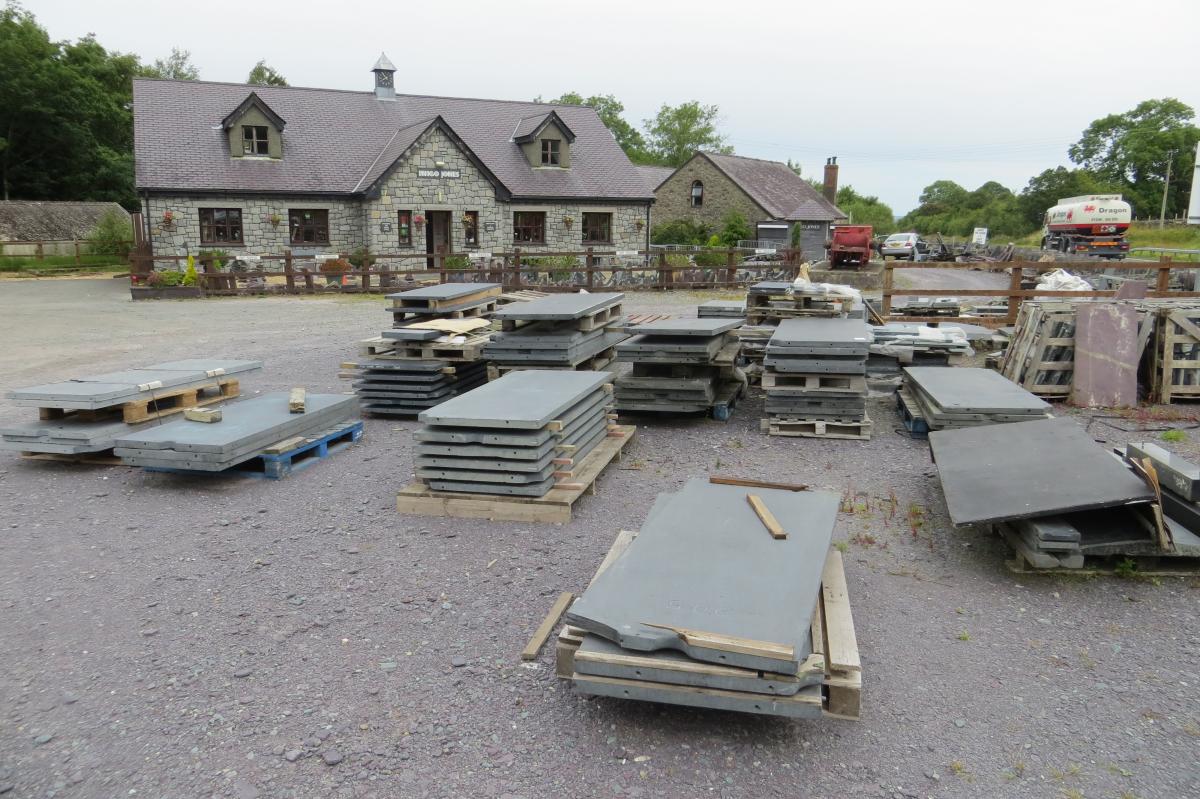 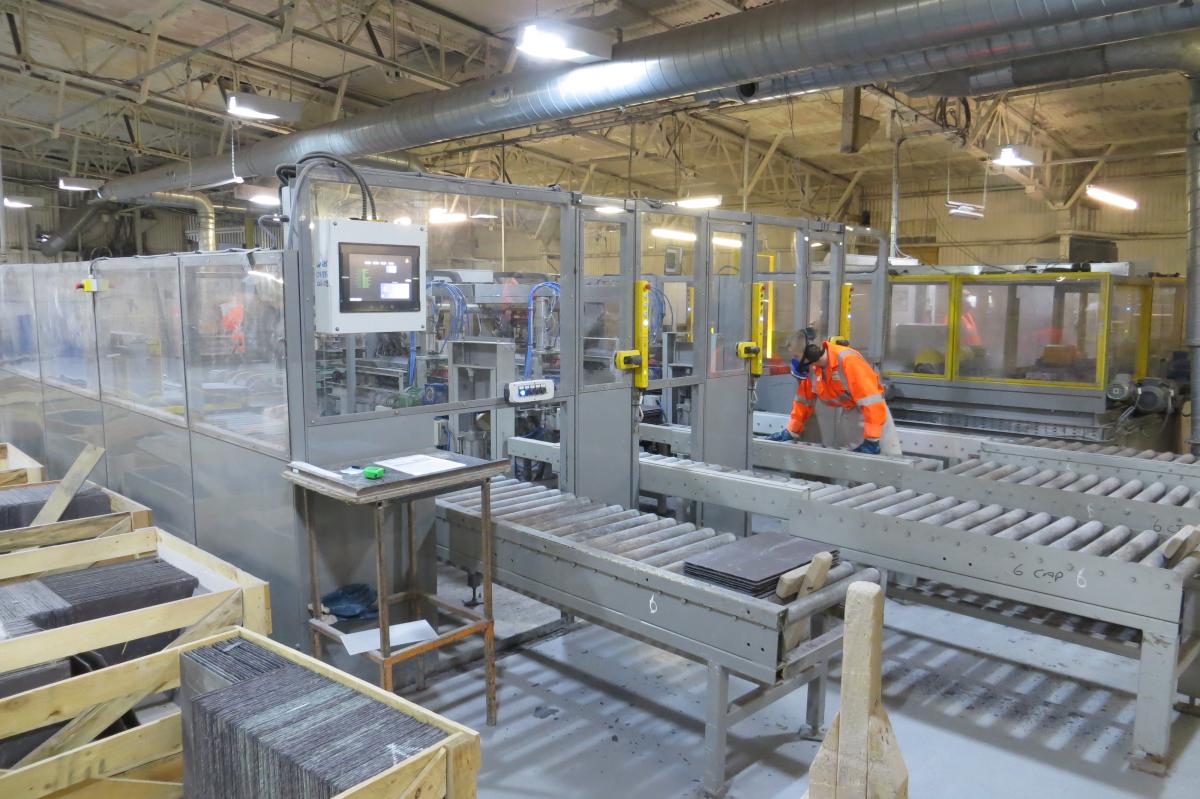 The report of the proposal in Natural Stone Specialist magazine...

This time last year the government said it intended to submit a proposal to UNESCO to have the landscapes created by the slate industry of north-west Wales designated as a World Heritage Site, joining others such as the Taj Mahal, the Grand Canyon, Vatican City, the Great Wall of China and Machu Picchu.

At the National Slate Museum in Llanberis on 23 January this year Helen Whately, a Minister at the Department for Digital, Culture, Media & Sport (DCMS), said the submission had been made that day.

Each year the UK can nominate just one site for World Heritage status. Countries all over the world make submissions to UNESCO  (United Nations Educational, Scientific & Cultural Organisation), from which the World Heritage Sites are chosen.

If the Welsh slate submission is accepted it will become the UK’s 33rd  World Heritage Site. Only three are in Wales: Pont-cysyllte Aqueduct, Blaenavon Industrial Landscape and the Castles & Town Walls of King Edward in Gwynedd.

The proposal to present Welsh slate for World Heritage Site status goes back to 2011, when the bid was submitted to the UK government’s Department for Culture, Media & Sport (as it was then) as the first step of a process that NSS reported at the time “could take years to complete”.

It had been talked about in Wales for years before that, with some of the industry itself being concerned that considering slate a ‘heritage’ might make it harder to get permission to continue to extract it. The concerns stemmed from the World Heritage status being seen as a way to attract tourists, which could be considered to conflict with quarrying.

Those concerns have increased in some quarters in the light of UNESCO’s call for the 800-year-old slate quarrying industry in the Lake District to be wound down following the District’s designation as a World Heritage Site in 2017. The National Park Authority has said no more quarries or mines will be permitted.

There is a curve of 12 slate plaques designed by Pip Hall and made by the craftsmen at Honister Slate Mine from the mine’s slate flanking the official Unesco World Heritage Site plaque in the Lake District’s Crow Park. The plaques are in-tended to represent the merging of heritage craft, industry and conservation.

But Mark Hodgkinson, the Managing Director of the company Welsh Slate, which operates Penrhyn and Cwt-y-Bugail quar-ries, has deliberately been involved with the bid to ensure that does not happen. He told NSS the slate industry in Wales is “living heritage” that is still roofing the world. If Welsh slate is selected as a World Heritage Site he believes it can help raise the profile of the industry existing today.

In parts of Gwynedd the slate mines are still major employers, contributing significantly to the economy of the area.

Talking during her visit to the National Slate Museum in Llanberis the Minister for Arts, Heritage & Tourism said: “The in-credible slate landscape is hugely significant to north-west Wales and its industrial heritage.”

She said: “This nomination is an excellent way to recognise the importance of Wales’ slate mining heritage and will bring benefits not only to Gwynedd but the whole of North Wales by attracting visitors, boosting investment and creating jobs.

“The landscape of today has been transformed on a monumental scale due to hundreds of years of mining in the area. The nomination to UNESCO reflects this and the international significance of Welsh slate in ‘roofing the 19th century world’.”

Helen Whately did not mention the slate industry that exists today, although it does get a mention from Gareth Thomas, Gwynedd Council’s Cabinet Member for Economic Development.

He says: “I think most people will agree that more understanding of the significance of the Welsh slate quarry industry and its role, not only in shaping our communities, language and culture but also in roofing the world and exporting technolo-gies and people globally, is needed. This important step forward in the process really is good news as we formally submit our nomination to UNESCO.

“Not only is the bid helping to celebrate and recognise our unique culture, heritage and language but it will also open the door for economic regeneration across the area, including the existing quarrying industry, traditional and craft skills along with looking to create sustainable tourism and high value job opportunities in Gwynedd.”

When the government said at this time last year it would be nominating Welsh slate for the UNESCO recognition the Cam-brian slate of the area had just been designated as a Global Heritage Stone Resource  by the International Union of Geological Sciences.

The World Heritage Site proposal will now be considered by the International Council on Monuments & Sites before going forward (or not) to the UNESCO World Heritage Committee meeting in 2021. It is anticipated that a decision on the pro-posal will be taken during that meeting.