Building Limes Forum: Lessons from the past give buildings a better future 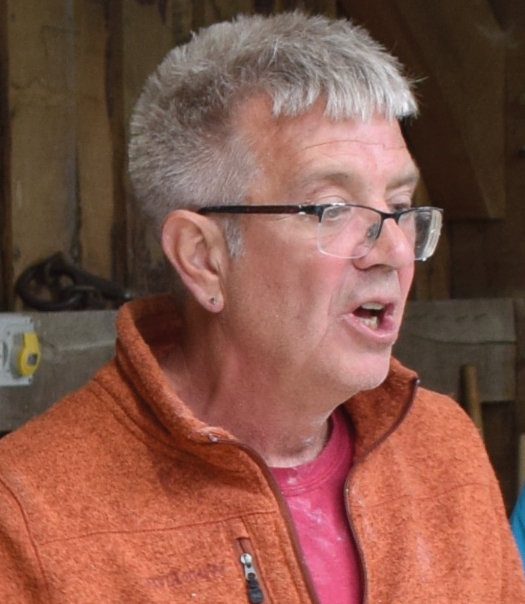 The Building Limes Forum (BLF) Gathering in Stirling in September continued the momentum in favour of rediscovering traditional mortars generated at the Trondheim Gathering in 2017 and the BLF Traditional Mortars Symposium held in York in June.

The twin themes of the Gathering in Stirling were lime finishes and working with lime in extreme climates.

The increase in annual rainfall in Scotland over the past 10 years has intensified the challenge for traditional fabric – particularly when this fabric has been compromised by the use of modern materials and the loss of traditional detailing.

It has exposed the fundamental flaw in fashion-driven removal of lime harling coats and limewashes, both of which were essential components of traditional building technology. Both – in all of their porosity – were designed to keep buildings dry, a point forcefully made by Tim Meek in the Baker Memorial Lecture, appropriately given in the limewashed splendour of the Great Hall of Stirling Castle.

While surface finishes might be seen by many as aesthetic, Tim and other speakers, in particular David Wiggins, made it clear that it is their functional performance – their effective porosity and high capillarity – that made them universal in the past and that their like-for-like reinstatement is essential in meeting the challenges of the growing climate emergency.

“You would not remove half the notes from a Beethoven sonata in the hope that someone who can’t play the piano can perform it.”

Andy Bradley, Duncan Strachan and Martin Hadlington offered dramatic insights into not only the challenges of working on remote castle sites on the West Coast of Scotland using lime, but also the sheer logistical endeavour required.

Andy Bradley finished with a quiet cri-de-coeur in favour of craftsmanship and care, including the empowerment that comes with designing mortars of your own, and against the growing trend towards pre-mixed, “just add water”, “pot noodle” mortars.

He provided the most memorable analogy of the Gathering with his closing statement: “You would not remove half the notes from a Beethoven sonata in the hope that someone who can’t play the piano can perform it.”

Dr Lucie Fusade reported on her research into damp towers and the properties of mortars that might resolve the problem – because the problem is generally associated with the use of hard modern mortars that do not allow a structure to ‘breathe’.

She demonstrated the beneficial effects of adding wood ash to lime mortar, which offers not only pozzolanic activity but also seems to enhance the capillarity and functional performance of the mortar, whether this is an NHL (natural hydraulic lime) or an air lime.

Cecilia Pesce reported on ongoing research into the effects of slaking powdered quicklime with steam.

Historic texts routinely emphasise the importance during slaking of ‘keeping the steam in’. Traditional hot mixing methods indicate that slaking was achieved not only with water but also with steam.

Early results reveal that steam-slaking delivers the finest particle size and therefore the greatest surface area and porosity to the slaked lime, enhancing bond and cohesiveness in the resultant mortar.

It should be said that modern, dry hydrated builder’s lime – much derided during the lime revival – is slaked by steam these days. 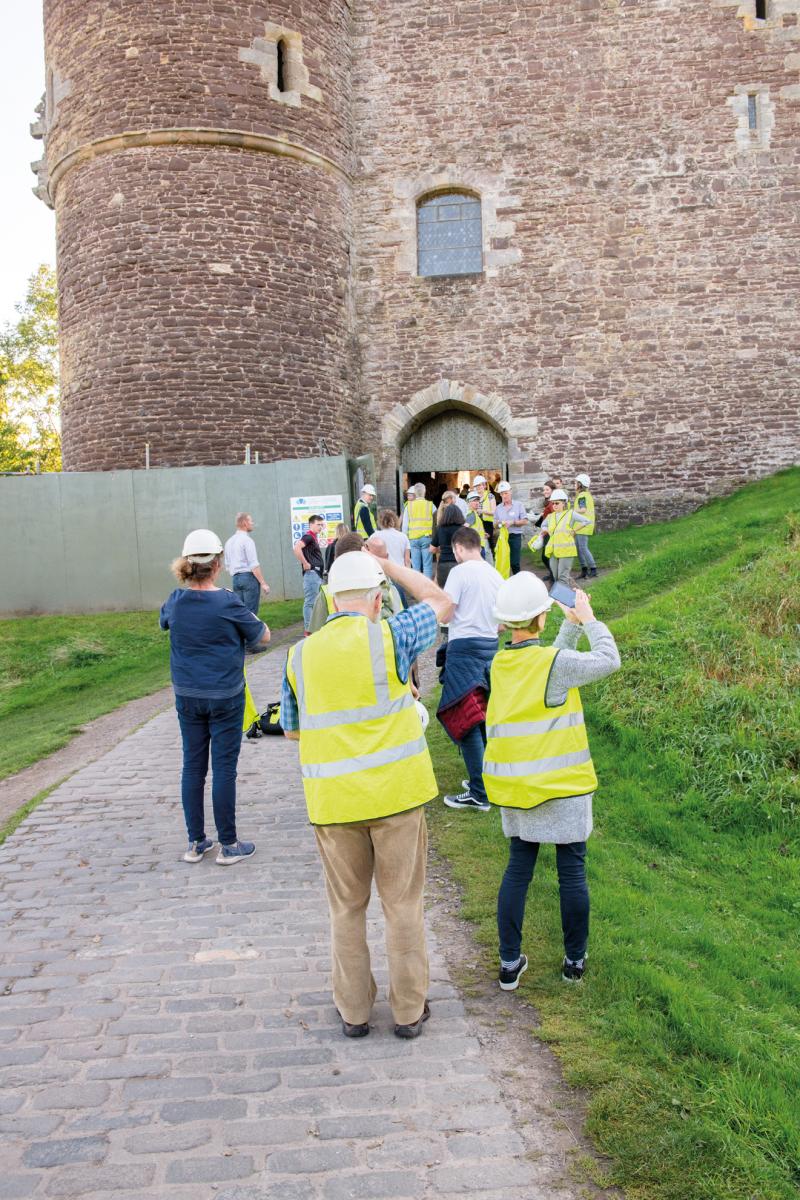 Both Lucie and Cecilia’s research indicate a powerful principle: that scientific research is most enlightening when it seeks to understand and to explain the good sense and effectiveness of traditional building technology with thinking outside the box of modern, generally cement-industry-led, preconceptions.

Wood ash was probably the most commonly used pozzolan in vernacular practice and the evidence of its use – usually by way of larger pieces of charcoal – may be observed in many historic mortars.

The importance of lime slaking procedure was emphasized by me during the Sunday members’ sessions.

As hot mixing increasingly becomes the norm, it is essential that the rudiments of craft practice in the past are understood. They often were not during the lime revival.

Whether making lime putty, dry-hydrate, lime grouts, sheltercoats and limewashes, or straightforward hot mixed mortars, the quicklime must be slaked in the first instance with the minimum necessary water. This guarantees the minimum necessary temperature of the slake (100ºC). This is key to workability and performance.

Subsequent dilution, according to purpose, should be carried out once the initial slake is substantially complete.

To slake to a dry hydrate, one volume of water to the same volume of quicklime will be just sufficient. To hot mix through to a mortar, two to two-and-a-half volumes of water will be about right. Much more than this, and the lime will be drowned. Using much less than this for making a dry hydrate or a dry-slaked hydrate will cause the lime to burn.

The Gathering in Stirling was generously supported by Historic Environment Scotland, whose important tranche of Technical Papers focused on traditional hot mixed lime mortars were broadcast at the event. All but one of them are now available to download free from the website www.historicenvironment.scot (search for Technical Papers). 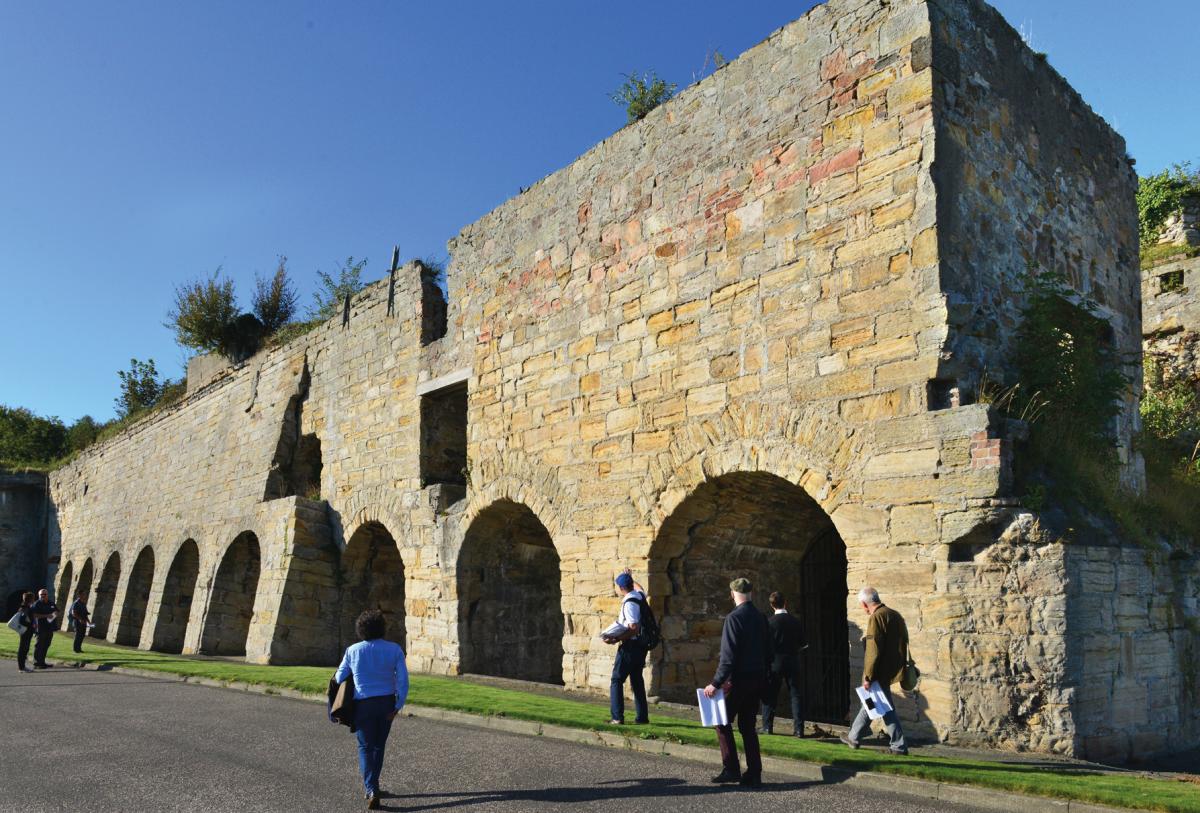 Mornings of quick-fire presentations were followed each afternoon by visits to historic buildings and sites in the region, including Stirling and Doune Castles; Bannockburn House, notable for its elaborately decorative plasterwork as well as for its early Portland cement harling thought to date from c1850; Kinneil House, where the exceptional 16th and 17th century wall paintings led to its last minute (though incomplete) rescue from demolition some years ago; and the lime and coal-defined cultural landscape of Charlestown, dominated by its harbourside complex of lime kilns that serviced water works across Scotland and the British Empire, as well as providing feebly to moderately hydraulic lime for exterior harling in the region.

The Gathering coincided with the 25th anniversary of the Scottish Lime Centre Trust, which hosted the visit to Charlestown, providing tea and cake and practical activities.

About 200 people from around the UK and Ireland, the USA, Canada, Australia and Scandinavia attended the Gathering. There were 35 bursaries awarded – a BLF record – indicating, perhaps, that the Forum is once again becoming the go-to organisation for the theory and practice of lime use and attracting the interest and engagement of younger practitioners and researchers in the field.

Next year’s Gathering will be held in Exeter, from 4-6 September. One of its themes will be the role of traditional materials in combatting climate chaos.

Anyone interested in lime and traditional materials (earth and earth-lime), BLF members or otherwise, practitioners or otherwise, who would like to be involved in the organisation and delivery of the Gathering should contact the Building Limes Forum, which you can do using the form on the Forum’s website at www.buildinglimesforum.org.uk. There is also more about hot mix lime mortars at www.hotmixedmortars.com.

Below. Tim Meek, this year’s Baker Lecturer, presenting his lecture in the Engine Shed. 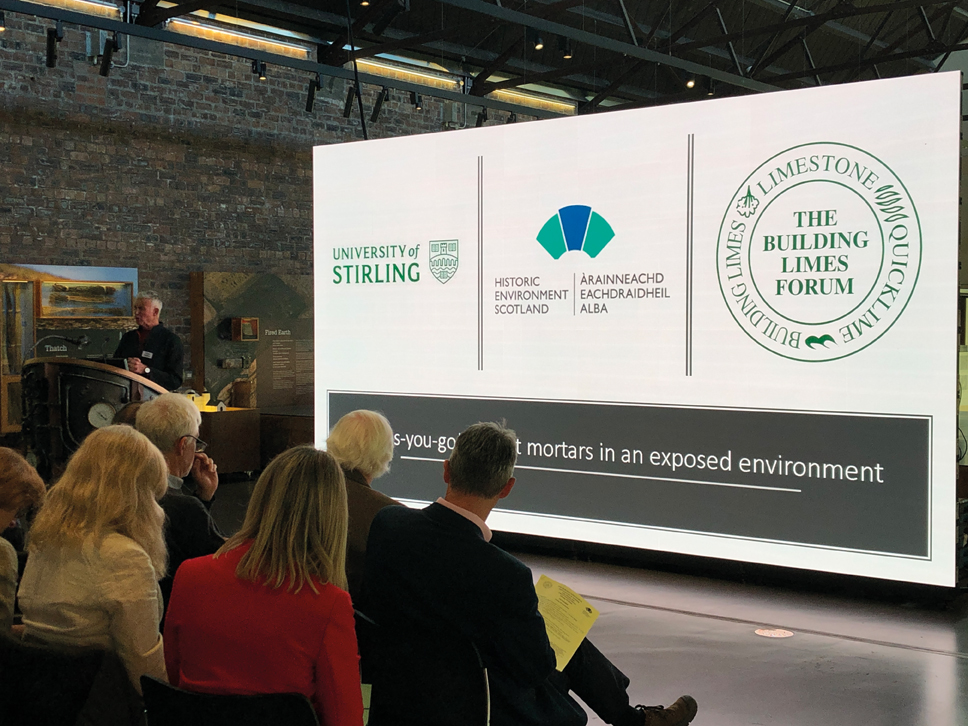