Green Homes Grant could make a come-back in the autumn 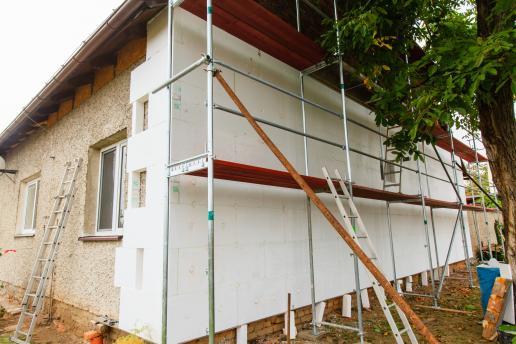 The scrapped Green Homes Scheme could be returning in the autumn, probably under a new name.

The Green Homes Grant that was scrapped in March because of a lack of take up (read more here) could return, probably with a new name, in the government's autumn spending review, David Pinder, chair of the Green Construction Board of the Construction Leadership Council (CLC), revealed at Building magazine's Net Zero Live conference on 28 April.

He said business secretary Kwasi Kwarteng had told the CLC that a replacement for the scheme could be announced later this year.

David Pinder said while there was no promise of a new scheme, “the secretary of state certainly indicated that he expected the Green Homes Grant or an equivalent would come forward in the next comprehensive spending review.

“We hope that it is a longer term commitment and the most important thing is that it is properly funded.”

The Green Homes Grant from a £1.5billion fund offered households up to £5,000 (£10,000 for the poorest) to make their homes more energy efficient. To get a Green Homes Grant the work had to be carried out by an installer registered with the government’s TrustMark scheme. Not many builders signed up to it, possibly due to a reluctance to get involved in any more paperwork or bureaucracy. In order to register you had to belong to the Microgeneration Certification Scheme or hold Publicly Accessible Standards certification to PAS 30 or 35, depending on the kind of work you do.

The scheme was widely criticised for being chaotic and poorly run. It was also badly promoted, so few even knew about it.

But if the UK is to meet its zero carbon targets, existing housing will have to be improved. Households account for about 18% of the UK's carbon emissions (construction and the built environment in general accounts for about 40%) and 80% of the houses that will be occupied in 2050, when net zero is supposed to be reached, have probably already been built.