Monks build themselves a Gothic monastery

With the right computers, software, CNC machines and attitude you can build yourself a Gothic monastery.

That’s what Carmelite monks in America are proving 2,300m up in the Rocky Mountains of Wyoming. They couldn’t afford to have the new gothic stone monastery they wanted built by a commercial firm, so they bought themselves a bridge saw and a Prussiani CNC and are building their own.

They have just finished carving the stone for a Chapter House, an ornate chapel where the Roman Catholic monks profess their vows to live a life of obedience, chastity, and poverty. They have created a website with videos of how they worked the stone and tracking their building of the monastery which you can visit at carmelitegothic.com.

The monks had intended to contract the stonework to a commercial company, but Brother Isidore Mary, the 30-year-old monk in charge of construction, says: “When we heard the cost, we almost had a heart attack. There was no way we could afford it, so we decided to figure out how to build the monastery ourselves.”

In 2013 the monks purchased the Prussiani CNC and computers with CAD software for designing the stone and sending DXF files to the Prussiani. After several months of trial and error, they began carving ornate masonry and statues for the building.

Brother Isidore Mary: “Nobody is building authentic gothic buildings anymore. We had to rediscover the architecture principles from dusty old books and then apply them to the digital realm.”

One monk creates digital models of the stone elements and others convert it into DXF files for the Prussiani. Others lay out the blocks of Kansas limestone, sawn on the monks' bridge saw, on the Prussiani’s 4m wide carving table.

Once programmed, the CNC works 24 hours a day until the job is finished, leaving the monks to get on with their strict life of prayer and devotion, although they do finish the stones by hand using pneumatic chisels when the stone comes off the CNC.

The monks say they chose to build in Gothic style because they believe the soaring ornate stonework speaks to the soul and reflects some of the perfection of God.

“It’s our offering to God,” says Brother Isidore Mary. “Even though building in Gothic presents many challenges, we are determined to overcome each obstacle. We believe God deserves to be worshiped in a fitting place.”

Below are scenes from a video the monks have posted on You Tube. 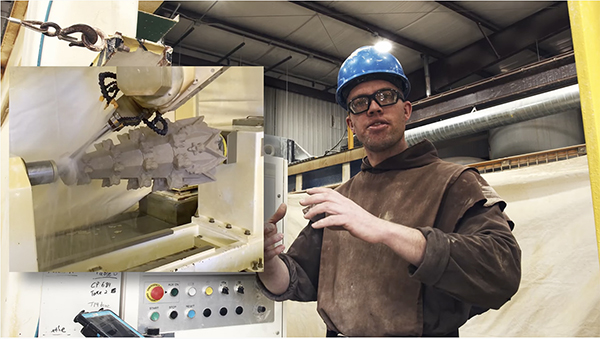 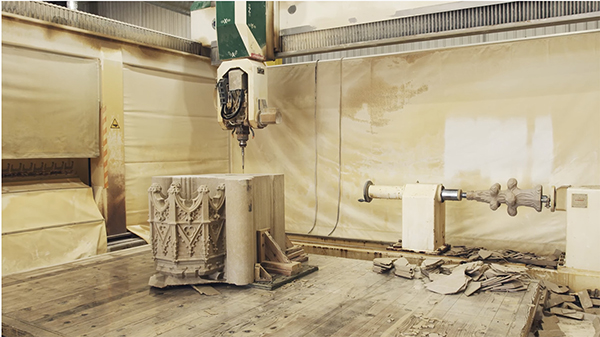