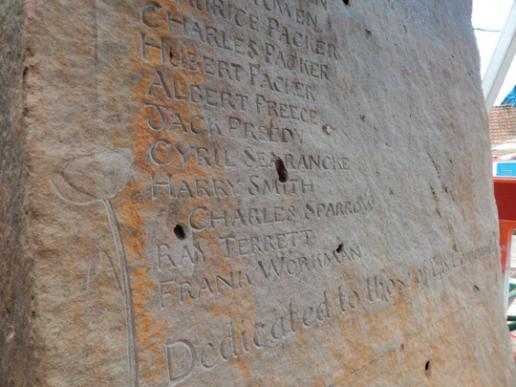 A close up of Carrie's lettering on the natural stone face of the war memorial she is carving.

Carrie Horwood of Cat’s Eye Carving in Lydney, Gloucestershire, has resumed work on a commission for a First & Second World War memorial that had been delayed by the coronavirus lockdown.

The project begun in the Autumn of 2018, when Carrie was asked by Mitcheldean Parish Council to design a new war memorial. In August 2019 the design was accepted and Carrie tried to get some Wilderness Quarry old red sandstone, but the quarry was not open at the time and she chose a block of Forest of Dean sandstone from Barnhill Quarry instead. It is 1.2m wide, 300mm thick and 2.5m high. It will be a monolith with about 1.8m of the finished memorial standing out of the ground.

It will feature metre-high relief carvings of soldiers in full First and Second World War military dress and about 45 names, a dedication, dates and the inscription ‘At the going down of the Sun...’ on the World War I side and ‘...and in the morning we will remember them’ on the World War II side.

The faces of the soldiers will be taken from photographs of two of the village men who served in the wars.

The stone is to be erected in a re-landscaped garden next to the parish Church. The stone arrived and work resumed at the end of July. It will take about four months to complete.

Reid Lifting sponsored Carrie with the loan of a gantry to hold the stone upright and donations to help pay for the memorial included £500 from the Masons’ Livery Company and £400 from year six of Mitcheldean Primary School.

Below. Carrie with her design ready to start transferring it to the stone. 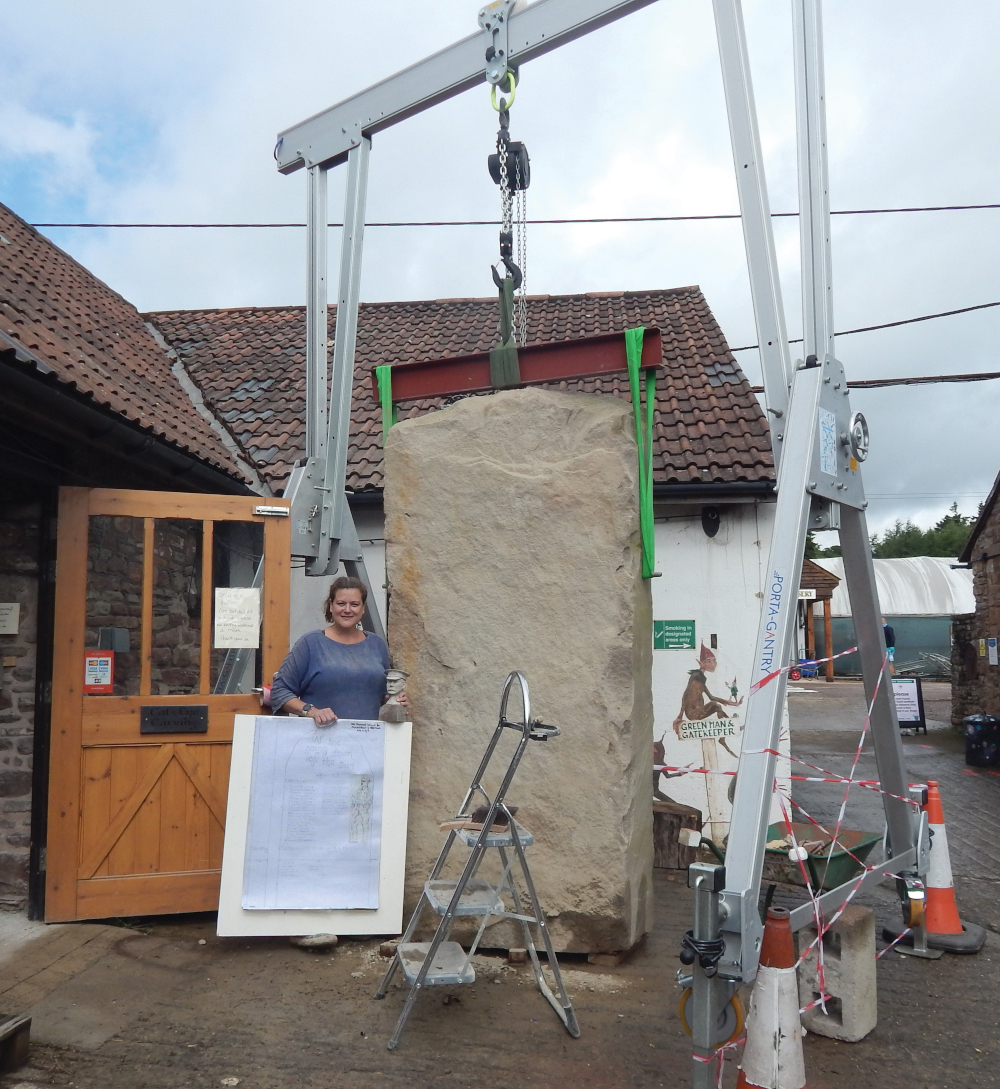