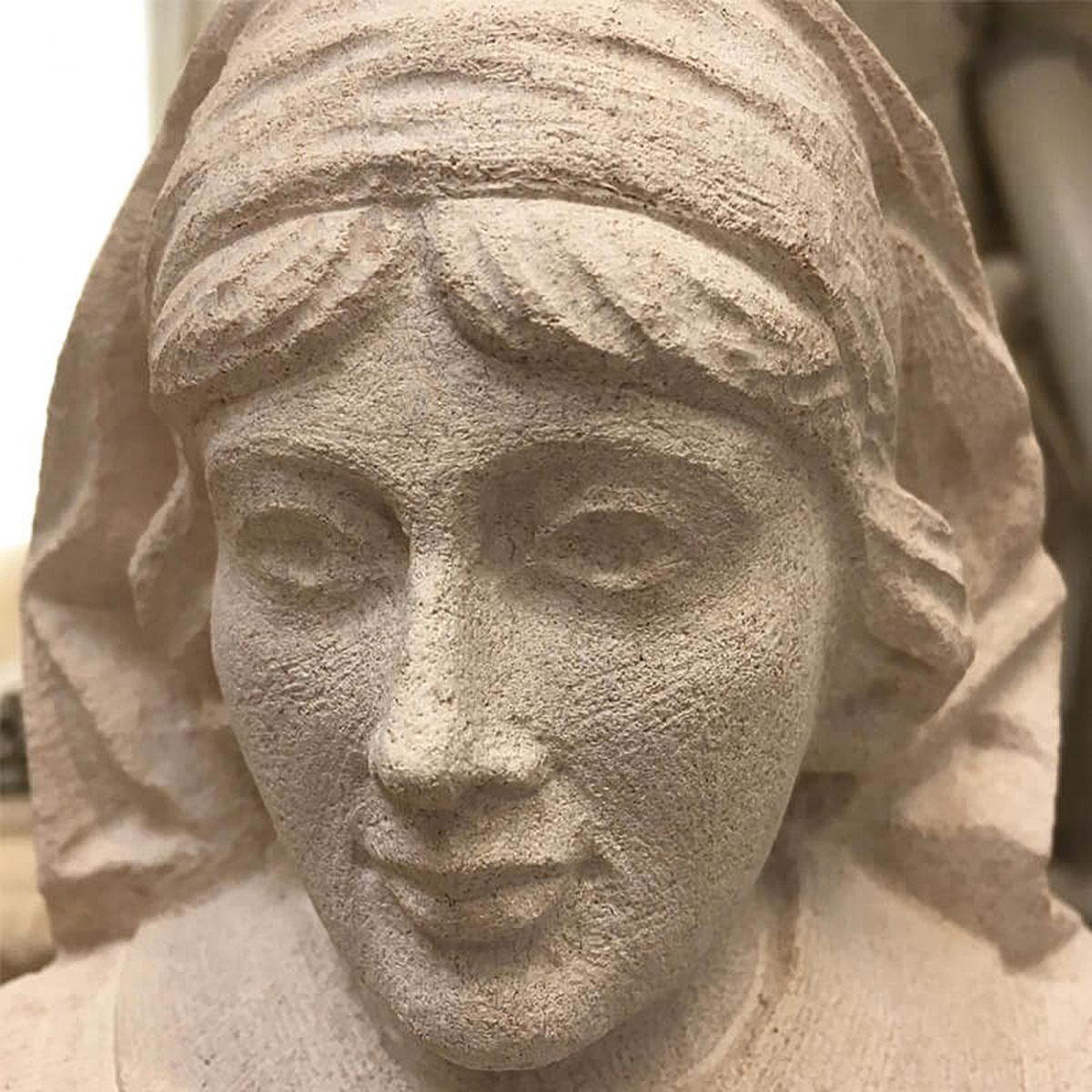 During the centenary of World War I between 2014 and 2018 many memorials erected to those who lost their lives in the erroneously named ‘war to end all wars’ were renovated. One of those renovations was recognised in Stone Federation’s Natural Stone Awards 2020, presented in March this year.

It was the Cromer War Memorial, Norfolk, which gained a Stone Award in the Carving, Lettering & Sculpture category.

Cliveden Conservation, with workshops on the Cliveden Estate in Maidenhead, Berkshire, Kilmersdon in Somerset and Houghton in Norfolk, carried out the renovation.

Cliveden Conservation was founded in 1982 for the preservation of National Trust buildings and statuary. Since then the company’s team of expert conservators (some ICON accredited) have been conserving, protecting and reinstating the country’s built heritage with an impressive range of remedial and preventative conservation skills.

The Cromer War Memorial was designed by WD Caröe in 1919, and after almost 100 years of battering by wind-driven sea air was ready for some attention when Cliveden was called in.

The company was appointed by Cromer Town Council to clean and carry out repairs to the stonework, restore sculptures of the servicemen and St George and the Dragon, and cut an additional 34 names into the base of the monument.

Award-winning stone carver Jem Hobbs fixed together broken parts of the figures in the workshop to create maquettes. Armatures were added to missing parts of the statues, including the uniforms of the servicemen and accessories such as the airmen’s binoculars, in order for them to be remodelled in mortars chosen to match the existing stone using a mixture of hydraulic lime, cements, alabaster and stone dust. 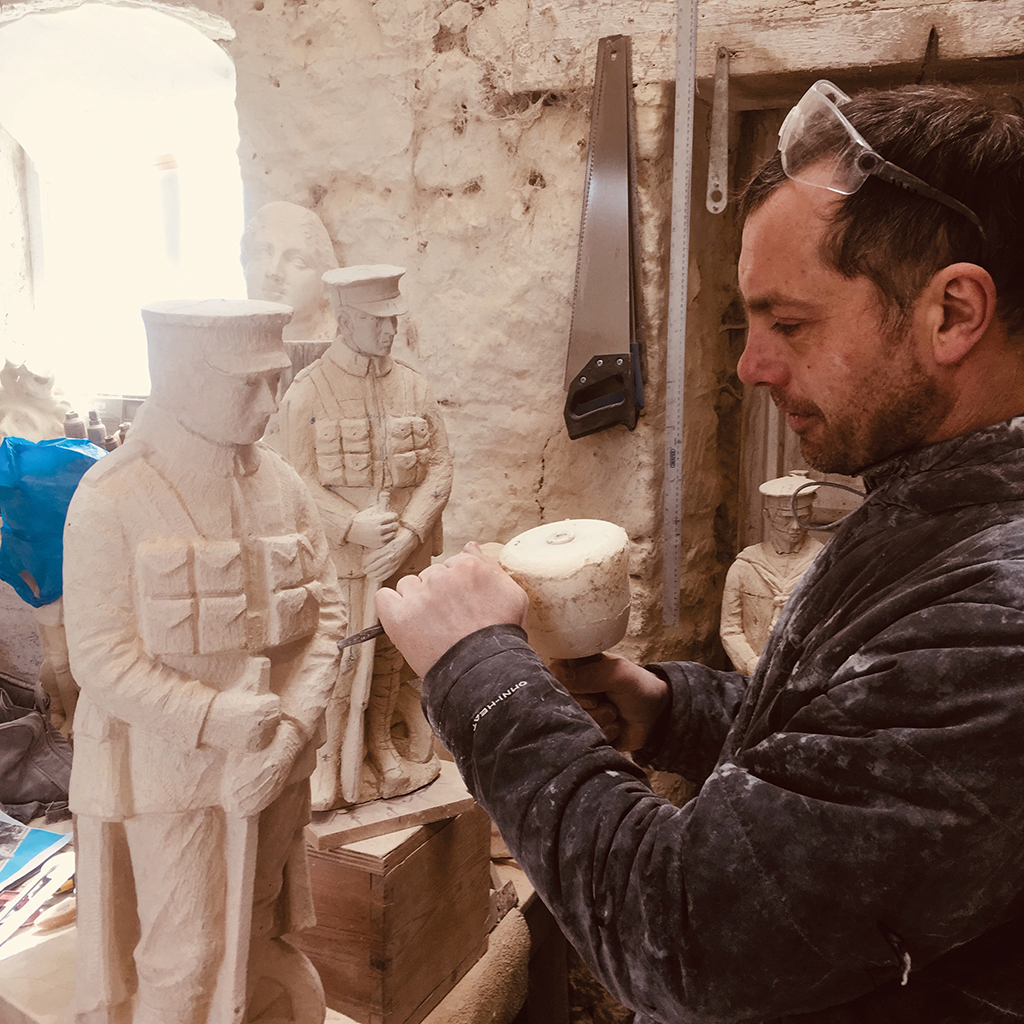 Jem says: “The soldier, sailor, airman and nurse needed new faces and heads, as their features had become completely eroded. I could see some of the details on the original photographs but other than that it was down to my own interpretation and imagination. Hours were spent researching what the uniforms would have looked like at that period as they needed to be as authentic as possible.”

Ancaster limestone from Lincolnshire was used to recreate the figures as closely as possible to the original. It was also fine enough to hold the detail of the 750mm high figures.

A mixture of carving techniques was used to create each of the statues, including pointing, triangulation and the carver’s eye.

Lewis Proudfoot, Managing Director of Cliveden Conservation, is thrilled that Cromer War Memorial has won a Natural Stone Award. The Awards are a celebration of the best examples of the use of natural stone from across the different sectors of the stone industry, covering new build and conservation, interiors and landscaping.

Lewis: “This award-winning project is testimony to our impressive range of remedial and preventative conservation skills and our ability to carve replacement statuary and decoration. The judges [of the Stone Awards] recognised the sensitive conservation cleaning and repairs and noted how the full integrity of the memorial had been recreated in time for its unveiling to commemorate the 100th anniversary of The Great War ending.”

Cllr David Pritchard, who led the fundraising campaign to restore the memorial, said: “I’m absolutely delighted that Cliveden Conservation has won this award for their work. It reinforces the trust we placed in them to carry out this work on the town’s War Memorial to the high standard they achieved.

“I recall being extremely impressed with their portfolio of work they submitted along with their tender and saw photographs of the work they had completed on stately homes, castles and palaces. From that alone, they were the obvious choice for our memorial.”

Over the weeks that the work progressed the people of Cromer saw the restoration taking place and the additional names of those who died in conflicts following WW1 being added.

The fully restored and renovated work was rededicated and unveiled to crowds of hundreds on Saturday 10 November 2018, the day before the 100th anniversary of Armistice Day.