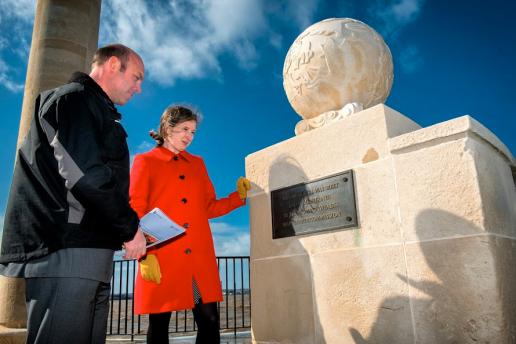 Jon Gedling, the Commonwealth War Graves Commission Director of Works, and Marie Smallwood, Historic England’s Development Advice Team Leader for the North West, at the Grade II listed Merchant Navy War Memorial on Liverpool Docks, which has been restored. The CWGC's approach to conservation has been formally recognised in a new agreement with Historic England.

Historic England and the Commonwealth War Graves Commission have published an agreement setting out how they will continue to work together closely to secure the future of what they call England’s 'commemorative heritage'.

The Commonwealth War Graves Commission (CWGC) cares for the graves and memorials of the 1.7million men and women of the Commonwealth forces who died in the First and Second World Wars. It helps ensure the people who gave their lives in the service of their country will never be forgotten. The Commission’s responsibility under the terms of its 1917 Royal Charter is to preserve these cemeteries and memorials in perpetuity.

Historic sites in England under the CWGC’s guardianship range from large memorials commemorating those whose bodies were never found (such as the Tower Hill Memorial in London) to memorials and war grave cemeteries like Brookwood Military Cemetery in Surrey. There are also many individual memorials in cemeteries and churchyards all across the country.

The new Joint Policy Statement establishes a shared understanding of how the sites and buildings in the CWGC’s care in England are looked after now and in the future, and establishes a common appreciation of the CWGC’s on-going responsibilities.

Many of the monuments and memorials have identical features, repeated across the country. The neat rows of white headstones are a familiar and moving sight. While only a small proportion of the most architecturally and historically significant memorials in England are listed, the memorials are all acknowledged as being part of a particularly significant and poignant commemorative and artistic legacy.

CWGC has a slightly different approach to conservation than most of the heritage sector because it is usually considered less important to preserve the orginal fabric than it is to have clean memorials with clear insignia and names. During the centenary of World War I some memorials had names added or mistakes corrected, for example.

The new agreement with Historic England recognises the approach taken by CWGC and specifically acknowledges the heritage strategy that guides this work. It is intended to streamline the most common works to memorials, including making sure inscriptions remain legible and the names of casualties are correctly recorded.

Duncan Wilson, Historic England Chief Executive, says of the agreement: “War memorials are intended to provide a lasting legacy, so I welcome this commitment to the continuing conservation of these important reminders of England’s wartime past.

"This agreement paves the way for Historic England and the CWGC to work together smoothly to ensure the future of these poignant structures and preserve the memory of those they commemorate.”

Victoria Wallace, Director General of CWGC, says: “We are delighted to have taken this opportunity to work with Historic England to help us provide the best possible care for our iconic memorials and cemeteries around the country. This shared understanding of the significance and conservation needs of key features will ensure these remarkable structures commemorate our war dead for future generations.” 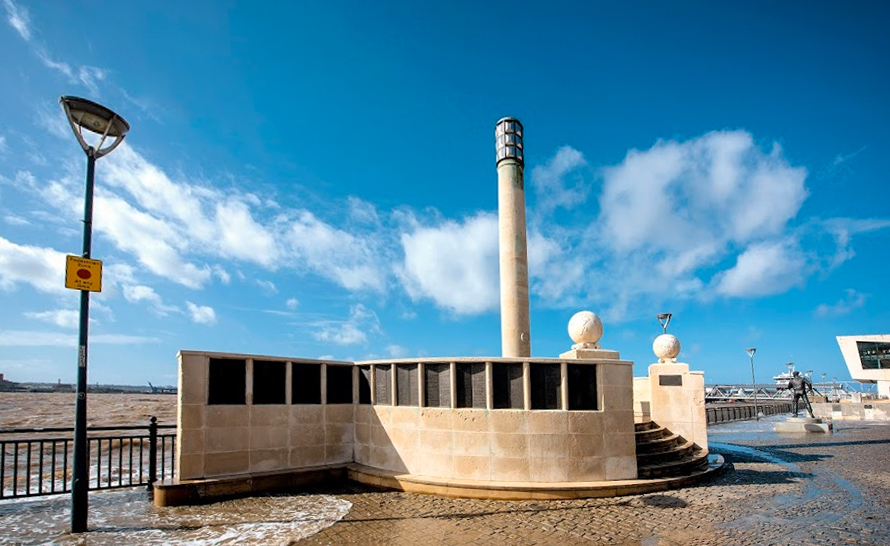