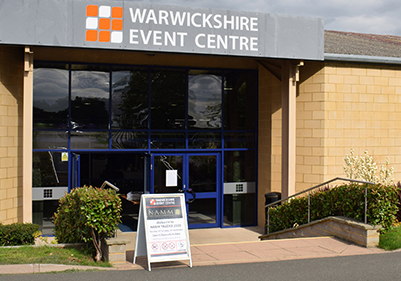 It was good to get back to the face-to-face contact of the NAMM Tradex memorial masonry exhibition last week as the shadow of Covid lifts.

The exhibition had been scheduled for 2021, but with Covid restrictions still impacting the world last year the National Association of Memorial Masons (NAMM), which runs the exhibition, in agreement with exhibitors, decided to postpone the exhibition to 15-16 September this year.

As it turned out, that happened to fall just ahead of the extra bank holiday for The Queen’s funeral, which possibly dissuaded some people from visiting Warwickshire Event Centre for Tradex last week.

The memorial masonry sector of the stone industry is small, with only about 1,000 retail outlets across the country, some of them run by funeral directors, so it is never going to be a huge show. There were 27 exhibitors this time – compared with 23 in 2019 when the wholesalers did not attend – and several hundred visitors (the number was still to be confirmed at the time of writing). Both exhibitors and visitors generally professed satisfaction during the event.

The exhibitors included newcomers and regulars. In the case of Matt Bridges' electric sack trucks, they could have been in both categories, because while Matt was back with the trucks that he designed with his company MGB Easy Handling, he has now sold the company to Armorgard and is working for Armorgard as part of its research and development team.

Armorgard makes site safety and handling equipment and Matt Bridges' electric trucks take it into powered equipment for the first time. It sells its products through distributors and the Easy Handling sack trucks are now being sold by Combined Masonry Supplies, which Armorgard shared a stand with at Tradex.

There was an unusually high number of people (more than 100) who had registered to attend the exhibition and did not turn up. The extra deaths since the start of the pandemic have meant the memorial masonry sector is busy, which probably contributed to some memorial masons not making it to Warwickshire.

And it looks as if they are going to stay busy for some time yet. Deaths in 2020 were about 15% above the pre-pandemic five-year average. It could have been more with the big spike at the beginning of the year, but it was followed by fewer deaths than normal, probably because the pandemic had killed off some of those who would otherwise have died in the following months.

About half the extra deaths mentioned Covid on the death certificates. Those that didn’t have led to speculation about the cause: slower response time by ambulances; longer waits for cancer screening; the difficulty of getting GP appointments; a natural increase due to the ageing population (the death rate of over 85-year-olds was 8.5% above the five-year average).

Whatever the reason, it has increased the workload of the death care industry in general, and some masons might have been too busy to take time out to visit the exhibition, especially with a bank holiday for The Queen's funeral shortening the following week.

Nevertheless, spirits were generally high during the exhibition and as exhibitors packed up to leave many said they were content with the level of business transacted during the two days.

Because the memorial wholesalers have been so busy, the number of new memorials and catalogues on show was limited, with the suppliers struggling just to meet demand for their existing collections. Consequently, the wholesalers’ stands were generally smaller than they have sometimes been in the past.

Odlings decided, in the absence of new memorials, to have a cocktail bar to attract visitors to its stand, with flair mixologist Steve juggling bottles and glasses before serving the drinks (you can see him in action on the video at the bottom of this page).

Odlings showed examples of the outstanding sandblasting and painting skills of its artists, with one of them, Sandra Davison, giving a demonstration of painting granite on the stand. At the front of the stand there was a picture of The Queen, made up of 20 individual pieces of granite, each etched and painted by a separate artist employed by Odlings.

Newly promoted general manager Chris Kemp said the piece had been produced for The Queen’s 70th Jubilee, and Odlings had even considered not bringing it to Tradex after The Queen died. Fortunately, it was brought and visitors considered it a fitting tribute to the late monarch.

Odlings was also showing its first range of ceramic photo plaques and decorative stone and glass chippings that it has introduced to its product ranges.

Another part of the same group as Odlings is the equipment supplier Odlings MCR, which was back again showing the blast cabinets it makes – and warning that this would be the last time they would be on sale at their pre-pandemic prices because of the enormous increases in the price of steel and components used to make the cabinets.

Odlings MCR was also showing a full range of compressors, including, for the first time, screw compressors that are much quieter and keep the moisture out of the blast material, so you don’t have to spend hours cleaning the equipment.

New memorial designs were on show on some of the wholesalers’ stands. CJ Imports, for example, with its own Premium Khammam Ebony Black quarry and factory in India, had created new designs specifically for the exhibition. Pradeep Gupta said having its own quarry and works had enabled CJ to maintain supplies during the pandemic while others had struggled. He said during one week in June the company had hit a new record of importing 14 containers of memorials.

Robertson Memorials was showing its latest designs, including one in Scottish granite, and Frank England also had new designs on display that will be among those that appear in the next edition of its catalogue, although there will also be others not yet made and the catalogue will not be printed until they are. Barham Stone was celebrating its 25th anniversary and Willcox Granite was auctioning the six memorials it was showing in order to raise money for Ukraine and raised £2,650.

As well as memorials, Frank England was showing, for the first time at Tradex, the dust free Abra sandblasting equipment from Poland that it now sells in the UK. The machines were being demonstrated on the stand by Magdlena Czekaj and Thomasz Wilczko from Abra. As well as workshop sandblasters, there are machines for adding an inscription in situ, which are all dust free and compact thanks to the recirculating aluminium oxide blast medium. Abra also makes an impact etcher.

The Blast Shop had its own version of an impact etcher on its stand, which it had not expected to be showing. Ahead of the exhibition MD Rob Critchley said he could not get the machines because they are made in Ukraine and supply had been disrupted by the invasion by Russia. However, supply had resumed just ahead of the show’s opening and one of the etchers was on show.

The Blast Shop had also been concerned it might not receive what Rob described as a “cool  new lifting device” from Germany in time to include on its stand at Tradex. But it, too, arrived in the nick of time and Rob was able to demonstrate the adjustable lifting tripod that makes positioning the stone so much easier (you can see him and it in the video at the bottom of this page).

The Blast Shop also showed a new size for applying gold leaf that can be used anywhere from 25 minutes after application until as much as 15 hours later. And it showed the latest updates to its Memorial Design software.

There was more software from Memorial Works by Indigo 21, SNA Software Systems and Wissen UK.

SNA systems have been used by memorial masons for many years, but Indigo 21 and Wissen were exhibiting for the first time and both said they had a good time at the show.

Jeff Green, who runs Indigo 21, has set up Memorial Works to offer masons a range of products to help with customer relationship management and the design and production of memorials. He says his father was a lettercutter and he grew up around the memorial trade. “The stone trade has always been my passion and it’s great fun working with memorial masons,” he told Natural Stone Specialist.

He and the graphic designers he works with produce unique designs for memorials. All the work is completed in the cloud and Memorial Works can accommodate whatever software the memorial mason uses, such as MasonART or Illustrator.

Kevin Wallace from Wissen was introducing StoneMaker, a memorial design and stencil cutting system, including Graftex plotters if required. He said Tradex was the first show he had been to where visitors had wanted to buy and pay for the system at the exhibition itself.

There’s more from the show with the pictures below and you can go to the NAMM website by clicking here. 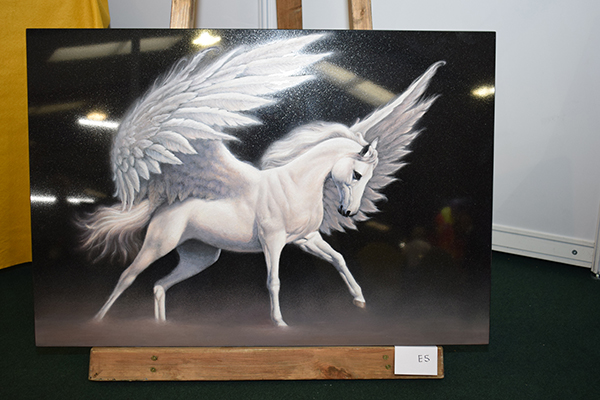 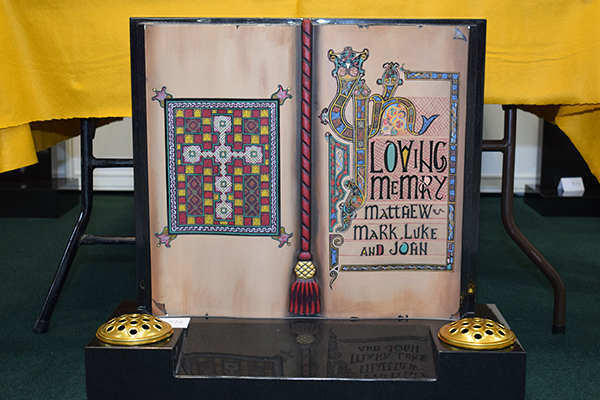 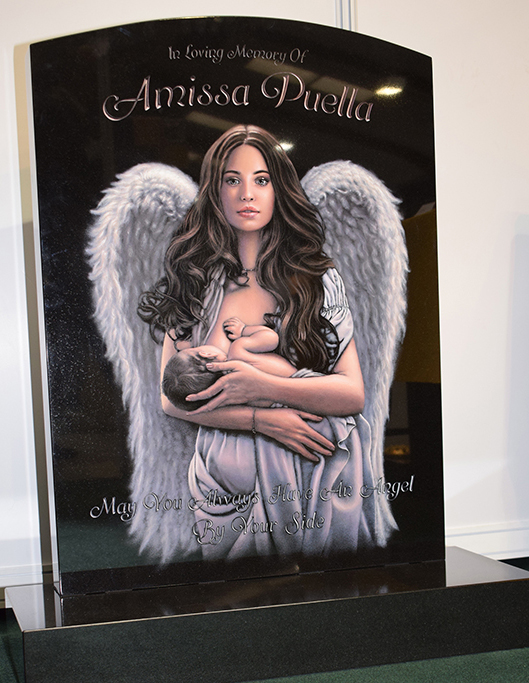 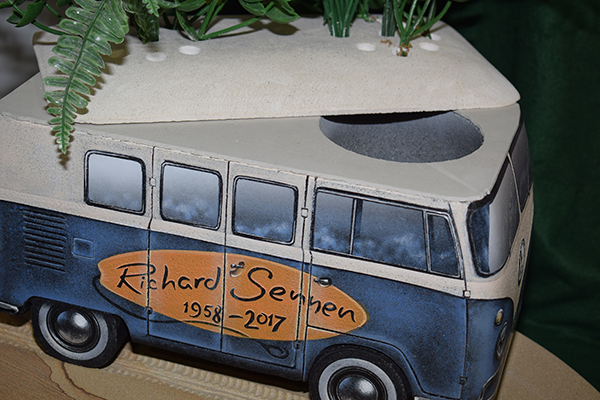 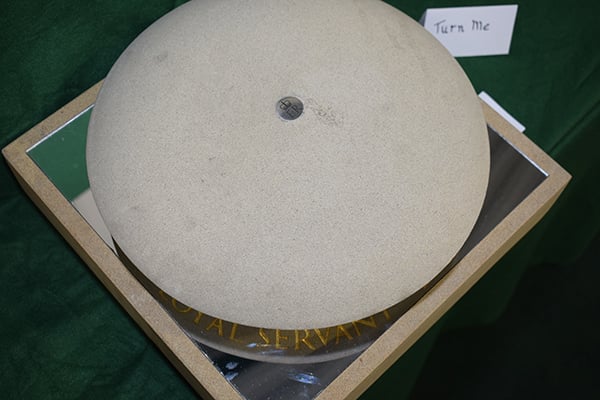 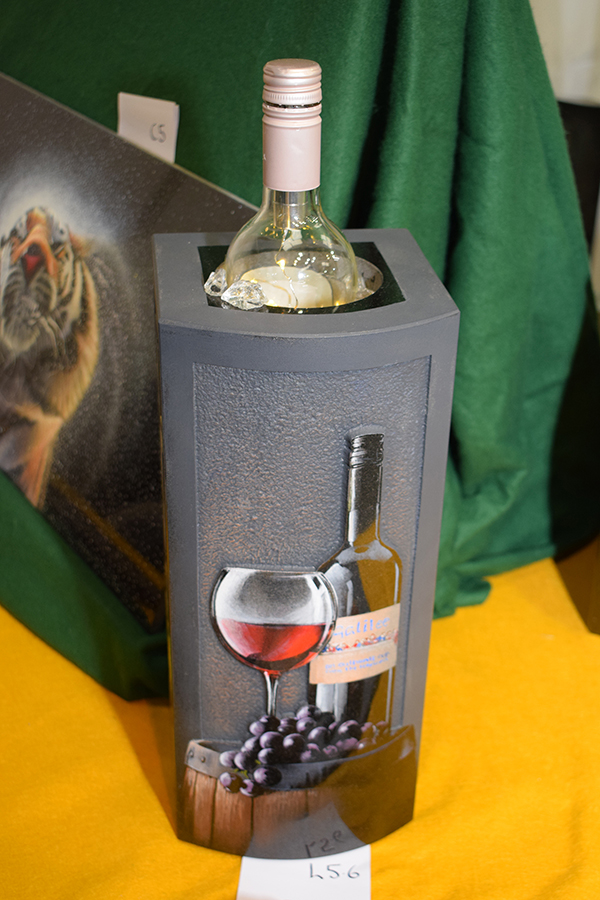 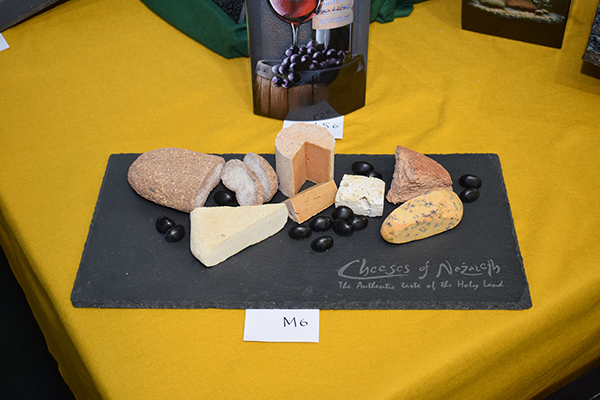 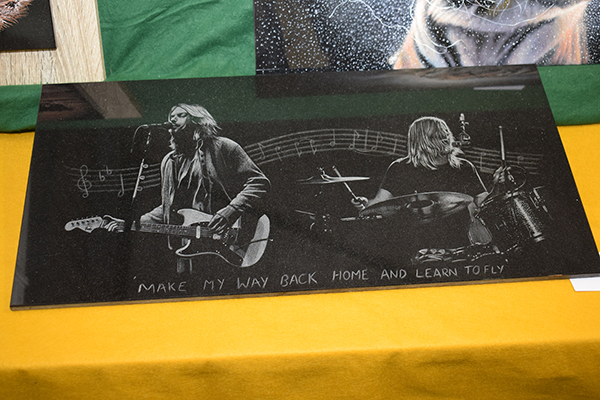