The new Levine Building at Trinity College in Oxford, for which Lovell Stone Group supplied 540m3 of Bath Stone block from Hartham Park underground quarry, received the 2022 Georgian Group Award for a New Building in a Georgian Context on 25 October and the following week an award from the Oxford Preservation Trust.

The Georgian Group Awards were presented at the RIBA headquarters in Portland Place, London, on 25 October. Sponsored by Savills, the Award was presented by Dr John Goodall, Architecture Editor of Country Life, to Hugh Petter, the Director of Adam Architecture who headed the design team for the new building.

The Levine Building comprises a cluster of four new builds on Trinity's historic site. The first major upgrade of the College’s academic facilities in more than 50 years, it provides 46 new student bedrooms, a major new auditorium, a suite of new world-class teaching rooms, a community space and café, function space with rooftop garden, and a new library wing that incorporates disabled access to the listed Trinity College Library.

On a site in a listed garden with significant historic trees nearby, as well as having archaeological interest, the new building sits comfortably with the College’s built and landscape heritage.

The Levine Building was officially opened in May by Prince (now King) Charles. He said at the time: “It’s a great responsibility to create new state-of-the-art facilities within an inspiring and historic setting – and indeed one that includes buildings by such giants as Christopher Wren. I offer my warmest congratulations to the many people who contributed their talents and expertise to create a building worthy of this historic site."

Hugh Petter from Adam Architecture said on winning the Georgian Group Award: “It is an honour to be awarded the Georgian Group Award 2022 and is testament to the exceptional team who have worked so well together to create a flexible, modern, multi-function building that is fit for the 21st century. The opportunity to put a major new building next to listed buildings by some of Britain’s finest architects in a listed garden and within a conservation area is a rare one.”

The Oxford Preservation Trust Award winners were announced on 1 November, when the Levine Building was a Certificate Winner in the New Building category. The award recognises the building’s positive contribution to Oxford’s built and natural environment in its design, contribution to its historic environment, and ability to engage the local community.

The Oxford Preservation Trust is dedicated to conserving the best of Oxford’s past and helping to create a positive future for the city through education, community outreach programmes and buildings, normally through conservation but also new build as appropriate. The Trust’s Awards seek to recognise the contribution that building projects, large and small, can make to Oxford’s character and communities.

Two more pictures of the Levine Building below. 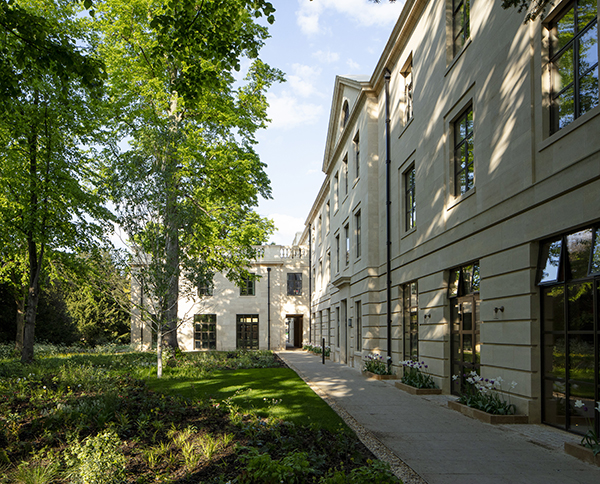 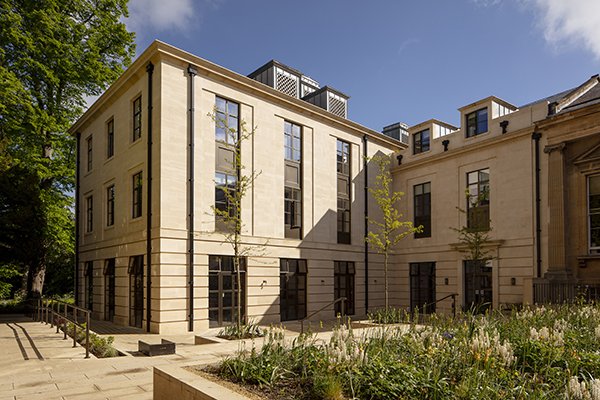